Santino Fontana (the voice of Hans in Frozen) is live now with Broadway producer Ken Davenport:

Guys, I'd like to send an email to ABC/Disney asking if they would consider older pre-Little Mermaid songs for their Sing A Longs. I'd like to recommend the theme from "The Scarecrow of Romney Marsh." Just love Thurl Ravenscroft's rich baritone singing that tune. Anyway, does anyone have any ideas where I can look for an email address?


Would love to hear some contemporary singers try some older classics.

I don't know about an email address but you could always post on ABC's social media pages. Good luck, but I don't really think it will matter much. They designed those two specials to be appealing to the widest number of families possible, who aren't going to recognize the theme from a TV show that aired in the '60s. The people they are focusing on with those specials would scratch their head at that type of song, and that's not what they want to happen there. Plus, there has been no announcement of a third special anyway.
Reactions: JamesSmith

You can always hope.

I really don't want to be posting this news because it completely sucks. But the Broadway production of Frozen will not resume performances after the pandemic. It played what retroactively became its final performance on March 11, the day before the Broadway shutdown.

Disney does intend for the national tour to resume when possible. 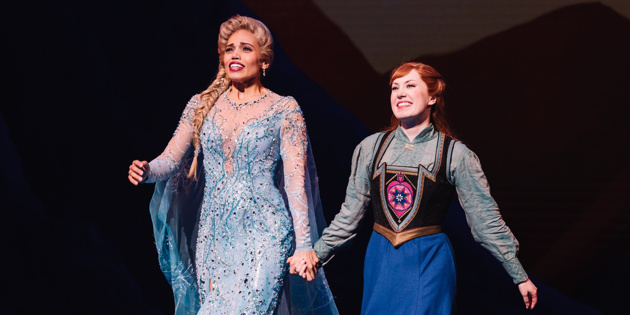 The coronavirus pandemic has a Broadway casualty. As a result of the industry-wide shutdown and resulting economic fallout, the decision has been made that Frozen will …

More new details on the demise of Frozen from The New York Times.

"This difficult decision was made for several reasons but primarily because we believe that three Disney productions will be one too many titles to run successfully in Broadway’s new landscape,” Thomas Schumacher, the president of Disney Theatrical Productions, said in a letter to his staff.

More details at the link, about Frozen and other upcoming projects. 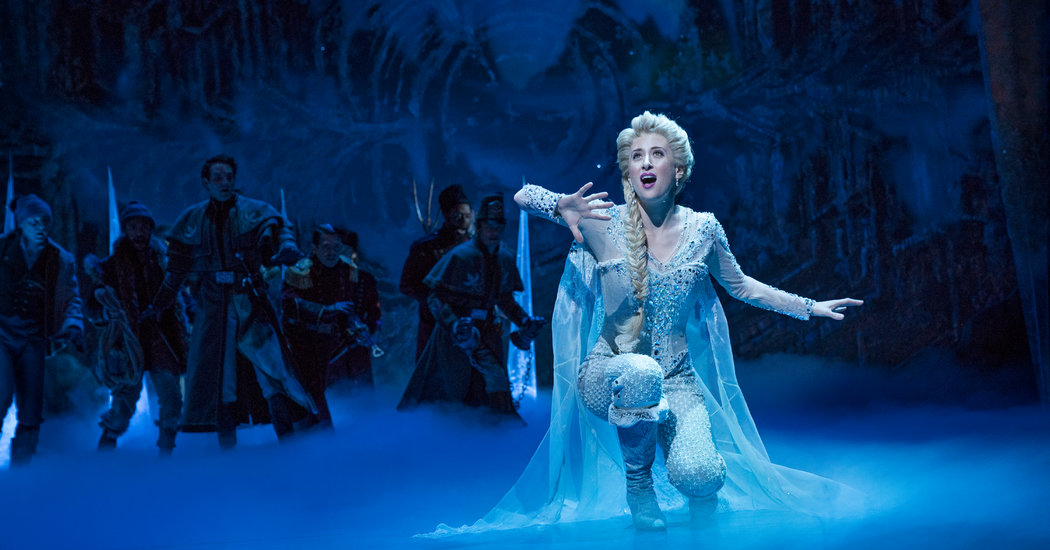 The show is the first Broadway musical felled by the coronavirus.

Separately, Broadway World is reporting that the previously-announced revised touring revival of Disney's Aida, which was to begin at the Paper Mill Playhouse, will not happen now but will open in Germany in 2022. https://www.broadwayworld.com/artic...derway-for-German-Production-in-2022-20200515

Don Daryl Rivera, who has played Iago in the Broadway production of Aladdin since the beginning, talked to Broadway.com about the show yesterday from his home. He'll return to the role whenever Broadway comes back.

And here, for reference, is "Diamond in the Rough," Jafar and Iago's new song for the show featuring him singing opposite Jonathan Freeman:

I got a big kick (no pun intended) out of this very well-done tribute to Mary Poppins on Disney sing along part II. While it was obviously finished in Disney's editing studio, the performances appear to be recorded at home and the planning and creativity are really inspiring, not to mention the performers' skill. I love the cardboard chimneys - and the penguins are a nice touch; that had to be a challenge to match all that up.

This isn't really music-related, but is very much Disney-related without focusing on one single specific film. So I thought here would be the best place for it.

A new interview with Don Hahn:

Tim Rice recently launched a retrospective podcast about his career called Get On To My Cloud.

The most recent episode includes his memories of writing with Alan Menken for Aladdin (for the original film) and Beauty and the Beast (on stage and for the remake) following the death of Howard Ashman. It's a fascinating discussion even includes a demo version of A Whole New World with different lyrics which he changed before the final version was recorded.

I downloaded it through iTunes, but it's probably available on all major podcast sources.

Jake Lipson said:
even includes a demo version of A Whole New World with different lyrics which he changed before the final version was recorded.
Click to expand...

Jake: Do you own The Music Behind the Magic? It is one of the best collections WDR ever put out.

Mike Frezon said:
Jake: Do you own The Music Behind the Magic? It is one of the best collections WDR ever put out.
Click to expand...

Sadly, no. I wish I did. I was too young when it came out to be aware of or want something like that, and of course it's now out of print and mostly at ridiculous prices. I borrowed it from a library several years ago though so am vaguely familiar with it. It seems like the majority of the behind-the-scenes type tracks for The Little Mermaid and Beauty and the Beast have been repurposed on the Legacy Collection versions of those soundtracks, so I don't feel like I need to spend a lot for it. But I'd love to get the Aladdin stuff, since Disney seems to be stubbornly refusing to release a Legacy version of that one.

Several Genies from the stage production of Aladdin are on Stars in the House doing a virtual reunion/discussion now. This online series of remote discussions and reunions was created to support The Actors Fund during the pandemic and is now also supporting the NAACP Legal Defense Fund.

Jelani Alladin, who originated the role of Kristoff in the Broadway musical of Frozen and also played Hercules in last summer's Central Park production, is live now talking to Broadway.com.

Broadway.com is live now talking with Mattea Conforti. She played Young Anna in Frozen on Broadway and Young Elsa in the prologue scene in Frozen II.

Broadway.com is live now talking with John Riddle, who originated the role of Hans in the Broadway production of Frozen. He was playing Raoul in The Phantom of the Opera at the time of the Broadway shutdown in March and hopefully will return to that role when Broadway is able to resume.

DVD Review HTF REVIEW: Lady and the Tramp--Highly Recommended if you please or don't please!!!

From First to Worst: A Personal View of the Disney Animated Films