1964 Tokyo Olympiad (Criterion BD) Finished the disc. Beautifully shot in 2.35 AR, but I can see why the Olympic Committee was displeased with the film. Ichikawa sometimes mentions the sport with a title but neglects to show a single frame of the competition; sometimes he just glosses over the champions without mentioning their names; and sometimes he just concentrates too much on the Japanese athletes. But there are many technical innovations and it's still a great documentary.
Uncle Tom's Cabin (Kino BD) 1927. Universal's lavish production has many virtues. Kino's version is shorter than the original release prints (is this all that remains?). Some sequences are very excitingly shot and edited: Eliza's escape crossing the river; Eliza running after her child, abducted by a slave trader; Eliza and another woman hiding from Legree in an attic. But for some reason, the Civil War is injected into the story, making no sense of the plot, since the novel was published prior to the War. Many plot elements from the novel are changed but the melodrama is still well handled. The film also exhibits many of the virtues of late silent films. It is more than just an interesting curio.
The Fearless Vampire Killers (Warner Archive BD) 1967. Revisited this which I first saw in Puerto Rico under its original title: Dance of the Vampires, uncut and with the original soundtrack and opening titles. When MoMA played it and touted that it was the first time that the uncut version was playing in the States, I went expecting a new cut, only to find that it was the same film I had seen in Puerto Rico. Later on I did find out that Ransohoff had played rough with Polanski's cut. Gorgeous transfer of a most enjoyable and pessimistic film.
Reactions: Jeff Flugel

OK so finally getting around to a couple of resolutions this year, first up knocking the dust off of some older collections that have just sat on the shelf's collecting dust, and never watched , The first to be tackled, is a challenge- The Bowery Boys, Vol 1, Vol 2, Vol 3 and Vol 4.

First up , of course Vol1 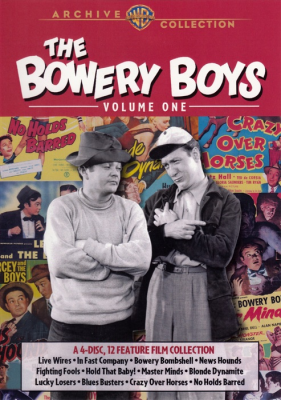 45 more to go
Expand signature
Playing at the Drive In

Quote:Welles, Kubrick, Hitchcock, Spielberg, Jackson, Wood ?? a true Auteur should be one who follows his artistic vision
Save A Life https://www.baybeaglerescue.org/Home_Page.php
Reactions: Mysto, Jeff Flugel and Toronto Argonauts 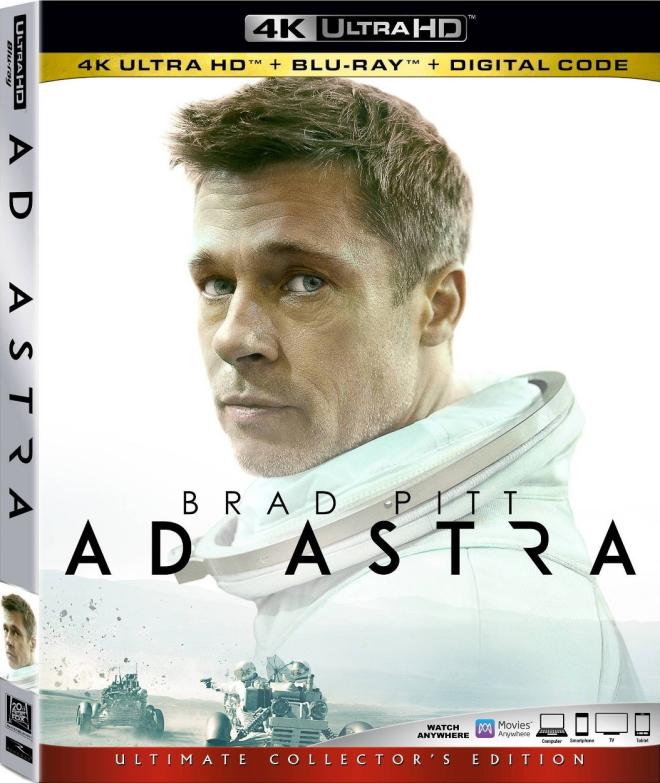 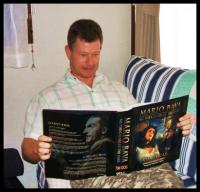 dana martin said:
OK so finally getting around to a couple of resolutions this year, first up knocking the dust off of some older collections that have just sat on the shelf's collecting dust, and never watched , The first to be tackled, is a challenge- The Bowery Boys, Vol 1, Vol 2, Vol 3 and Vol 4.

I admire your ambition. Don't think I could handle too many Bowery Boys flicks in a row...


Finally got around to seeing the following at the theater...Good fun!

The first 2 episodes of Jane Austen's Sanditon on PBS HD. Very enjoyable. But what one does watch after such genteel fare? Why, a Sam Fuller WWII film:
Merrill's Marauders (WA BD) 1962. Heroics which seem to run out of money and steam at the very end with an abrupt cut to the then present and a voice over without a real climax. Good action scenes.
And in preparation for tomorrow's viewing of 1917, I watched:
Westfront 1918 (Criterion BD) 1930. GW Pabst's gut-wrenching view of trench warfare. A pacifist film, not for the faint of heart. Great restoration work. The film was banned the moment the Nazis came to power.
Reactions: Jeff Flugel

I greatly admire Charles Boyer, not just for being an excellent screen actor but also because he was willing to play characters the audience would dislike.
Reactions: Jeff Flugel and Robert Crawford 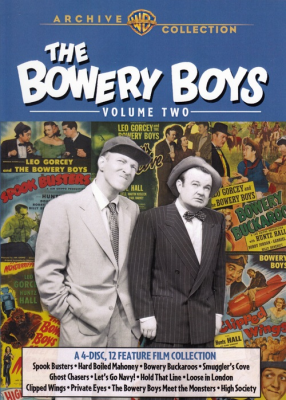 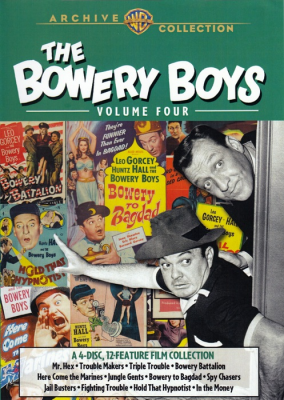 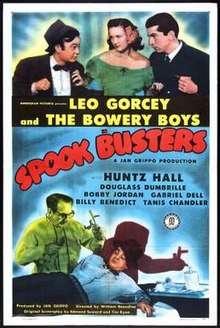 Expand signature
Playing at the Drive In

Quote:Welles, Kubrick, Hitchcock, Spielberg, Jackson, Wood ?? a true Auteur should be one who follows his artistic vision
Save A Life https://www.baybeaglerescue.org/Home_Page.php
Reactions: Jeff Flugel and Toronto Argonauts

Good story line and well acted by Joaquin Phoenix and a completely different take on the Joker. But Heath Ledger is still the best Joker in my honest opinion! Monday:
For Sama A film journal for the film maker's daughter about her, her husband's, and her people's fight for freedom in Aleppo; and how they lose their fight against the murderous dictator, aided and abetted by one V. Putin. Some die and many are exiled. The pain of both is very palpable. My wife is an exile and a refugee. She feels the pain.
Honeyland A paradox. How can this film be nominated in the Documentary and the International (Fiction?) categories at the same time? I thought that one should preclude the other. Regardless, a triumph. The cinematography is absolutely gorgeous.The story is a slow burn about this woman and her mother. The woman is a beekeeper who sells the honey she collects. A pack of neighbors moves in...and the little foxes ravage and plunder and leave the devastation behind.
Tuesday:
1917 Dolby Cinema. Good but not, in my eyes, the best film of the year.
A Beautiful Day in the Neighborhood DCP Good, affecting film with a warm performance from Hanks.
Learning to Skateboard in a Warzone (If You're a Girl) Empowering girls in Afghanistan through education and, yes, skateboarding.
Life Overtakes Me Refugee children who simply can't cope any longer with the pressure of life and the uncertainty of the host country approving their visa. Then they fall ill with a new illness called Resignation Syndrome and become totally unresponsive. It's happened in Sweden and Australia. I wonder where else it might be happening...
Wednesday, so far:
Richard Jewell Gripping drama with good performances all around. Whether it's totally factual, I leave to others to discuss. I just viewed it as a drama.
So by now I have seen all the Best Picture nominees and a bunch of other categories. My favorite films of the year are Parasite and Pain and Glory. They will endure.

Seeking a Friend for the End of the World (2012): I was looking for something familiar for a break, and decided on this. I usually spend new year's eve watching a couple apocalypse movies, which I didn't this time, so this was also making up for that. The bottom line is, I just adore this weird, quirky little flick. I've watched it several times, and I'm always surprised how much I enjoy it. It's easy for a viewer to prove their mental superiority by tearing it apart. It can be condemned as episodic and unstructured, or it can be appreciated for its warm heart. This story with Steve Carell and Keira Knightley traveling through the Northeast US, encountering a series of bizarre people and events, as the world is coming to an end just does it for me.
Reactions: Toronto Argonauts and Dave Moritz

Last night I watched Serena. I found it disappointing and irritating but "reviewers" on IMDB are far more hostile than I am. Apparently it came from a well-respected novel but made major changes. I might read the book.

Today I'm going to watch the new BFI Blu-ray disc of Moulin Rouge, a film I haven't seen for decades.

I'm not the sharpest pencil in the box. But even I figured out who all the hidden antagonists were in the film...in just the few several minutes.

This was a strictly by-the-numbers script...with a predictable plot, characters and outcome. Yet I didn't hate it. It doesn't make me angry that I spent an hour and a half on it. But I doubt I'll ever revisit it.
Expand signature
There's Jessie the yodeling cowgirl. Bullseye, he's Woody's horse. Pete the old prospector. And, Woody, the man himself.Of course, it's time for Woody's RoundUp. He's the very best! He's the rootinest, tootinest cowboy in the wild, wild west!

Wednesday:
I Lost My Body (Netflix) Another fascinating tale with many layers of meaning. It's so refreshing to watch animated films that are adult in content (not geared toward children). It's different; it's great.
Klaus (Netflix 4K HDR) Charming origin story of the fat man in red delivering toys. The twist lies in that this takes place in a town where the residents are feuding families. A spoiled postman arrives and changes have to take place.
Thursday:
American Factory (Netflix) Factory shuts down in Dayton, OH; reopens under new management (Chinese). Culture clash. The Chinese don't understand that American workers are not slaves and that there are rules and regulations overseeing the workplace. An attempt to unionize is shot down through intimidation and layoffs. Then comes automation. Poor workers! Not a pretty picture of the future.
The Edge of Democracy (Netflix) How Brazil shuffled off the coil of dictatorship, gained free elections and democracy, only to descend into its present morass where the oligarchs and the evangelicals control the media, the government, and corruption runs rampant with the blessing of a banana republic dictator. Very scary stuff when you see how easy a democracy can die. 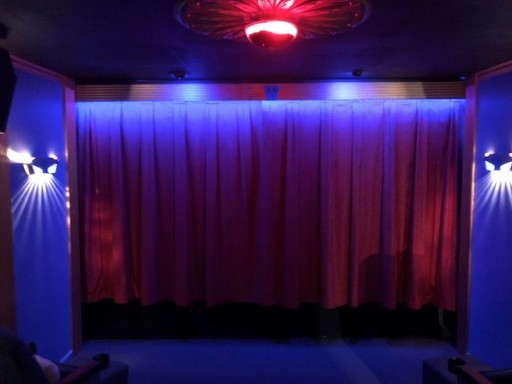 Last night watched the new BD of The Curse of Werewolf. Track and color were great but the damn aspect ratio was WRONG. I'm glad I have movable side masking in my screening room. 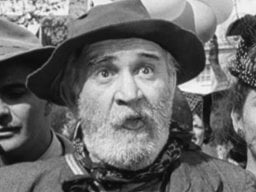 The Queen of Spades (1949) - This was a new one for us. I don't remember even hearing about this film before the Kino Lorber release. It's a very good combination of supernatural suspense and costume drama set in early 19th century Russia. It's beautifully shot with gorgeous sets and costumes. I did think that there should have been a bit more development of Herman's character early on, but that's a minor quibble. The commentary track by Nick Pinkerton was informative, but he went off on a lot of tangents that could have been more succinct.

Judy (4K iTunes) She can sing (but she's no Garland) and she can act, but I'm so tired of musical biopics.
Harriet (4K iTunes) A most impressive turn from Erivo.

Joker (2019): I'm being lazy and just copying this from my post in the the Joker thread.

I think this is what happens when an Arthouse Drama gets a big budget, massive marketing and $B ticket sales. Massive confusion and hatred.

It's been my observation that a lot of people get extremely upset when there's no way to figure out exactly what's "real" and what isn't in a movie.

I suspect those final four lines in the movie encompass a lot.

Finally, I see no clear indication this is an origins movie. I have no idea if we ever knew the Joker's real name. It very well could be more of a genesis movie. Then again, it might not. Refer back to my second comment.

Interesting movie. Really, very well done. Most definitely not for everyone, which should be obvious by now.
Reactions: Dave Moritz 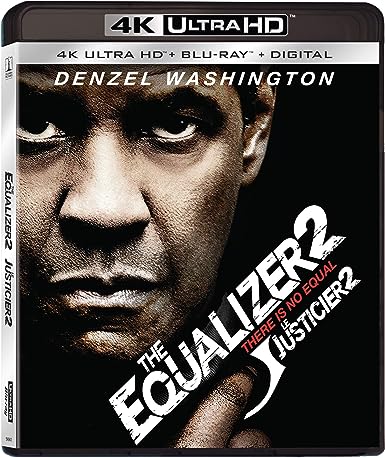