What Hirez Discs Have You Purchased Recently?

(Correction/amendment: It looks like Open Our Eyes has been available for over a year.)

Mike: There's an I think Japanese SA-CD of All 'n All. It's just always been pricey for the couple of years I've been price-watching it.

I'd wager this was engineered by the outstanding George Massenburg (who did a lot of early EWF, including Gratitude), so it was well-recorded in the first place. A judicious high rez presentation is bound to be even more impressive (check out the two reviews on SA-CD.net).

I downloaded a bunch of things from HDTracks (10th anniversary sale - 25% off for a couple of days - might be the last day today - code HDDECADE25) late last night. Have not had a chance to listen yet as I'm going to back up the stuff first (and that includes a few CDs I just got as well).

You finally did it!

You got me off the dime and I've downloaded my first tracks off HDTracks--using that 25% discount. There was no mention of it on the site that I saw...just the typical 15% offer when I logged in.

Earth Wind and Fire -- I Am

Diana Krall -- All For You (my personal favorite recording of all time, I think)

The tracks are just downloading to my laptop as I'm typing this. I'm still not sure how I'll do playback. But I guess I'll try to copying them onto a flash drive and see what happens when I plug that drive into the USB jack on the front of my Denon 2000X. I don't think I'll get to that tonight...but we'll see.

Mike - you only get those codes when you sign up for the email subscription. I generally throw a bunch of stuff on my wish list and then when they have a big sale I do a little bit of research including looking at http://dr.loudness-war.info/

Then I'll remove some things that are just not the best recordings (even though I like the music and I might eventually just look for a bargain CD with some of them) and narrow down what to buy. I picked up a couple of CDs too (Greta Van Fleet and Samantha Fish - for those who want to hear what a young Robert Plant sounded like check out Greta Van Fleet)

Phil: I had created an account at HDTracks a long time ago...and signed up for the e-mails. But never got one advertising a 25% off sale. I see 15% all the time and got one for 20% off last month. In fact, just this morning I got one for $10 off a purchase of $40. Oh well.Maybe now that I'm "part of the club" by placing an order...

After placing the order, HDTracks prompted me to download their Download Manager. It automatically downloaded the four albums. I then copied the discs onto an empty thumbdrive. And even though I didn't have much time, I plugged-in the drive into my receiver. Found the USB source input. And it all displayed nicely on my screen and was easy to navigate.

Knee-jerk reaction to some sampling:

The Earth Wind and Fire sounds as good as Paul.S figured it might. I had those tracks REALLY loud and they were clear and dynamic. It was a trip hearing those tracks sound so good. I must have played those albums a zillion times during my college days.

But the Michael Jackson (I only sampled a small bit of Billie Jean) sounded good. Not great. Don't know why that would be...but that was my perception last night.

Mike - not sure what resolution of Thriller you got (lots of times they sell 24/88 derived from the DSD file - I have the DSD file extracted from the SACD for quite some time). If one looks at this - http://dr.loudness-war.info/album/list?artist=&album=thriller you can click on the album title and see readings for each of the tracks to see how what you have stacks up vs. other versions (and therefore see if it is just a particular track that is just OK). I use it to get an idea as to how compressed something might be - http://dr.loudness-war.info/album/list?artist=Earth, Wind & Fire

I should probably have gotten the Thriller DSD files. Instead, I cheaped out and got the FLAC 24/88 files. I figured I'd be fine with those. Remember, though, I've only done a quick sampling.
P

The Earth Wind and Fire sounds as good as Paul.S figured it might. I had those tracks REALLY loud and they were clear and dynamic. It was a trip hearing those tracks sound so good. I must have played those albums a zillion times during my college days.

I checked after seeing your comments and, sure enough: All N' All is Massenburg. I highly recommend any and all to scan his extensive discography (going all the way back to the 70s). If you see something that you like or are curious about, buy it even if "just" on lowly CD. Rest assured the SQ will be grand. The man has the ability to create a wonderful sheen that sounds so unprocessed, even though the only way to get a mix to sound like his so often do is through a very judicious use of signal processing.

Just got Fleetwood Mac's Say You Will on DVD-Audio as a birthday gift from the wife (finally). 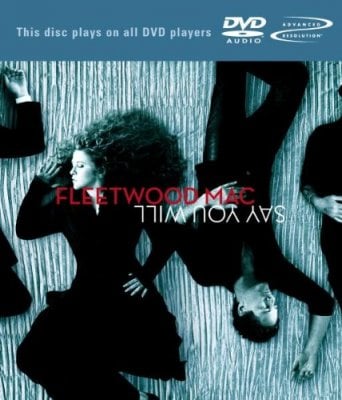 I've had the CD release for years, and always wanted to pick it up. Gave it a spin today, and my favorite tracks sounded great in 5.1.

What's the World Coming To
Say You Will
Peacekeeper (awesome in 5.1!)
Steal Your Heart Away

The rest of the album is OK, some obviously weird tracks from Lindsey Buckingham, but well worth the wait!
Reactions: PaulDA

I haven't been following this thread for quite a while and haven't bought any hirez discs in a long time, plus most of the stuff I do get is classical, but some classic rock stuff I've gotten from HD Tracks that I've been especially impressed with are Chicago Transit Authority, Supertramp's Crime of the Century, Stevie Wonder's Songs in the Key of Life, and Jethro Tull's Aqualung. I also got Chicago II and the kick drum is absurdly loud, to the point where I can't listen to it. I have several Diana Kralls and I'm not overly thrilled with the sound on any of them.

Todd Erwin said:
Just got Fleetwood Mac's Say You Will on DVD-Audio as a birthday gift from the wife (finally).

I've had the CD release for years, and always wanted to pick it up. Gave it a spin today, and my favorite tracks sounded great in 5.1.

What's the World Coming To
Say You Will
Peacekeeper (awesome in 5.1!)
Steal Your Heart Away

The rest of the album is OK, some obviously weird tracks from Lindsey Buckingham, but well worth the wait!
Click to expand...

While I've not had much time lately for recreational listening (i.e. listening to entire albums without doing anything else), when I did have time, this was a frequent choice on my DVD-A pile (bought it when it came out).
Reactions: Todd Erwin
S

Fellowship of the Ring Soundtrack on Blue Ray Audio
P

Continuing my focus on getting the last few BD-As I want since they're dropping in quantity on Amazon US and UK: Rush's Fly By Night; Stevie Wonder's Talking Book (delicious SQ from the very opening of "You Are the Sunshine") and the Mehta/Vienna Phil Mahler 2.

I stumbled across a DVD of a concert that I somehow had missed out on.

It's a Carole King concert filmed in 2016 in Hyde Park in London. She performs the entirety of her 1971 album Tapestry...plus several of her other hits.

The DVD has a PCM 2.0 and was filmed in HD. There was no Blu-ray release.

The concert looks and sounds great. Carole's voice certainly wasn't what it was in the 70s. There's a nice utilization of some footage of her singing along with a younger self (from a 1989 UK concert). And it's nice that Danny Kortchmar was on guitar with the band.

I have the SACD of Tapestry. It such a wonderful album and has such a strong place in my memories. It is a phenomenal HD recording.
Reactions: Todd Erwin
P

Don't get me started on how even Sony hasn't bothered to release concert BDs of some of their major artists. I still have my DVD of James Taylor's Live At the Beacon Theater because they can't take a cue from Eagle Rock and even do "SD on BD" releases of some of these titles for which perhaps the source material isn't completely up to HD/high rez standards.

What's the name of the Carole King DVD?

I've been vacillating for years (in no small part because of the cost of the SA-CD) on whether to get the SA-CD or the Legacy Edition 2-CD reissue of Tapestry.

Mike, there *is* a BD release of that concert. Your Amazon link is to the CD + DVD version. There's a CD + BD version on Amazon also. Even the back cover confirms.

I went looking specifically for a Blu release after I found the DVD and couldn't find one.

I doubt I'll be rebuying...

A rare day for me. Two new CD releases today...which I downloaded from HDTracks after midnight. 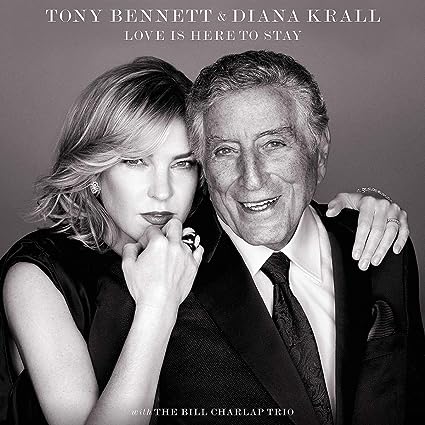 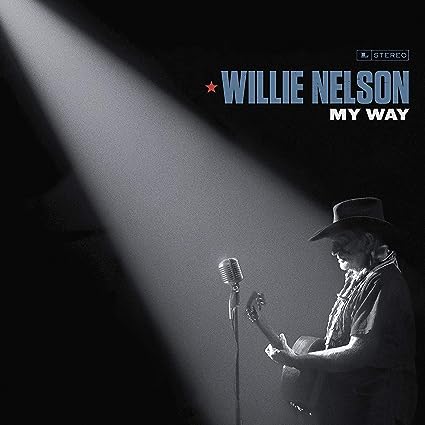 And I'll end up double-dipping on the Krall/Bennett release...because Target has an EXCLUSIVE release with two bonus tracks on it.
Reactions: Blimpoy06

I've been on a bit of a tear lately: The Dunedin and Podger discs are excellent--as you would expect.

The Skynyrd disc sounds great, too. It contains a PCM 2.0 track. But for a recent concert, the absence of a 5.1 track is a HUGE fail. Also, oddly, the booklet included in my Skynyrd release is missing some pages.
You must log in or register to reply here.
Share:
Facebook Twitter Reddit Pinterest Tumblr WhatsApp Email Link