This series is quite rare and can be very, very expensive as well if you are able to find it. 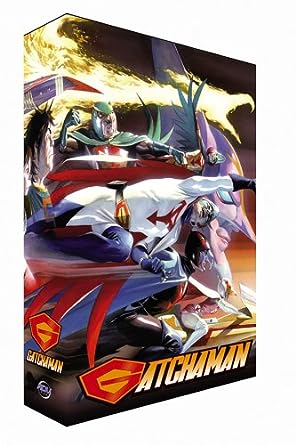 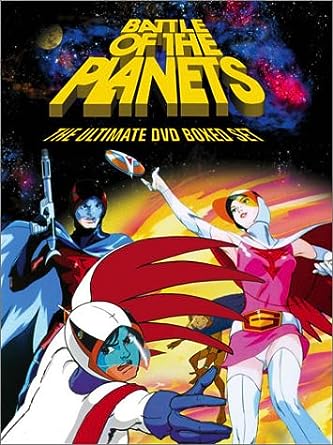 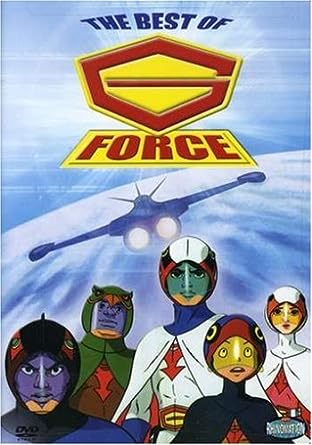 Gary OS said:
The one that comes to memory for me, in terms of going OOP ultra fast was the final season release of Sgt Preston. Critics Choice was releasing the season sets, and S1 and S2 were not hard to pick up initially (although all seasons are now OOP), but that last season release seemed to come and go at lightning speed.

Gary "I'm telling you, those went really quick and became impossible to find after a very short time" O.
Click to expand...

I have season 3 . Some of the prints used for certain episodes were of very poor quality. A few years after the Critics choice DVDs went out of print , another company reissued seasons I and 2 , but not 3 ,probably because good quality prints were difficult to locate .

darkrock17 said:
This series is quite rare and can be very, very expensive as well if you are able to find it.

Gatchaman aka (Battle Of The Planets and G-Force Guardians Of Space)
Click to expand...

It's so rare I've never even heard of it!

Several Filmation Saturday Live Action series (were from BCI before they folded): Secrets of Isis, Ark II, Space Academy, and Jason of Star Command - that set was going for ~$20 and I kept stalling picking it up. It suddenly went OOP and both the set and individual releases of those series are $50-$200 (on a good day) with the set going for $200-$500!?!

The OOP ADV release of Hercules The Legendary Journeys - S1 is the only place I know of to get the 3 telefilms that preceded the series. Universal chose not to include them in their reprint of S1 and have yet to do an individual release. You *need* those films as they set up several regular characters and some situations referred to in the regular series. Prices fluctuate on this one but is often available in reasonably priced used copies.

UFO - (UK Gerry Anderson series) Although there's rumor of a BR of this one coming.

The Prisoner - I believe all versions of this one are OOP.

Rising Damp - R1 of all seasons.

One Foot in the Grave - All R1 releases.

Yeah... lots and lots of the R1 UK series are OOP. I know I have more US releases that are OOP but don't have my inventory list with me (I'm at work). I'll check when I get home.
Click to expand...

I have the UFO Blu-ray set from Amazon UK. I believe it’s region free but I’ll have to recheck.

Kyrsten Brad said:
I have the UFO Blu-ray set from Amazon UK. I believe it’s region free but I’ll have to recheck.
Click to expand...

I have the Network blu ray U.F.O. set and it's Region B.

Bryan^H said:
If you can think of any out of production TV DVD sets lets hear it.
Click to expand...

He did get one in the end. It didn't help as time went on boxset sales decreased so less available to begin with

I bought the German ones last year

mark27b said:
I bought the German ones last year
Click to expand...

Nice looking complete set. 42 disc count vs. 28 from Mill Creek. I was trying to see if any of the post series reunion movies were on the set. It didn't look like it, but then again, I don't read German.

One other thing to note with the Hunter German sets, which I have: The series has the original popular music on it that was used in the earlier seasons versus the US set, that had all replacement music.

mark27b said:
I bought the German ones last year

Do they have any original music in them or are they all replacement music like the U.S. release?

Neil Brock said:
Do they have any original music in them or are they all replacement music like the U.S. release?
Click to expand...

All the original music.

Profit (the short run Adrian Pasdar series from 1996) has been OOP for quite some time (it was released in 2005). Price fluctuates on Amazon. Usually it's quite high, there's at least one used copy on Amazon around $35 shipped right now.

Richard V said:
I know that Steve Canyon took forever to come out on DVD (in 3 volumes for a one season show), not sure if it is OOP now, but it was pretty damn rare, and production history was very interesting.
Click to expand...

Nope, still available from the manufacturer. The poor guy went literally broke getting these made.

Darby67 said:
Walt Disney Treasures Dr. Syn: The Scarecrow of Romney Marsh went out of print very quickly after its November 11. 2018 release date and now goes for obscene aftermarket prices. I was lucky enough to pre-order two copies, but Disney should have anticipated the demand for this release better or even reissued it.
Click to expand...

Disney does not give a damn about it's original Live action TV Shows. I am a member and all I get offers for are new crap that's just pure junk.


https://screencrush.com/most-valuable-dvd-blu-rays/
You must log in or register to reply here.

Yesterday at 6:11 AM
Robert Crawford

Today at 1:22 AM
Robert Crawford