I've nothing whatsoever against a 2.0 stereo or discrete surround remix being created for a film which had a mono original theatrical release soundtrack, as long as both are included on any DVD/BDs. If done well, and particularly from original stems, the results are usually at worst interesting and at best, surprisingly good. For the record, I tend to watch with the original mono in multi (non-discrete) surround mode.

If the mono is included on disc it's often an option rather than default and downgraded to a lossy Dolby Digital track but that's acceptable. On US releases including them, mono OSTs are often left off foreign equivalents which is inexcusable. But at least then I can go to the extra effort and expense of buying the US BD. I really object, however, when it's not included at all. There are any number of DVDs where this occurs but do you know of any BDs which do this? I specifically mean instances where the mono track isn't available on any BD worldwide. Naturally I'm not including mono downmixes of the remixed track.

Here are the ones suggested so far; can you supply other examples? Note this list is kept updated.
NB: There are many more films that, while they have 'original' mono audio on the BD, it's actually a restored or reconstructed track, composited from original elements. One of these is the redone 1998 soundtrack for The Wizard of Oz, mentioned by Eric below. Attempting to list all such examples would be fairly pointless, not least because almost all original audio has some work carried out on it for home video or theatrical re-release. Determining the exact provenance and 'authenticity' of every mono track would be an extremely difficult, not to mention highly subjective, exercise.
The Blu-rays With Missing Elements in the Primary Audio Track thread is more useful in this regard.

Another related thread is the Ultimate List of Mono to Stereo Remixed Soundtracks.
Last edited: Jul 30, 2022

KING KONG 1976 did have some release prints with four track magnetic stereo sound. I saw one back in the original release. So I am not sure we can say mono sound was its primary mix.

This is apt to be a very long list indeed. I'll start it off with:

Singin' in the Rain
Meet Me in St. Louis
Dirty Harry
Magnum Force
The Enforcer
Sudden Impact
High Plains Drifter
The Outlaw Josey Wales
The Sword in the Stone
The Many Adventures of Winnie the Pooh
Robin Hood (1973)
North by Northwest
Some Like it Hot
The Apartment
The Manchurian Candidate
The Odd Couple
Midnight Cowboy
The Sting
Kramer Vs. Kramer

And I'm sure there are many, many more that I can't think of right now...

I just thought of three more:

Fast Times at Ridgmont High
Sixteen Candles
The Breakfast Club (even though IMBD claims it was Dolby, I'm pretty sure it was originally mono)

Parts VI through VIII are missing their original soundtrack as well but they weren't mono in the theaters.

Ah, I suspected this could potentially be a never-ending list...

Jim, you're dead right, re KK76. I should've checked first, because I suspected that a mono OST for a major mid-70s action film was a bit of an anomaly. What's more, the BD has a great, dynamic mix and I was a little concerned that new effects might have been added. I guess now that's definitely not the case - phew!

Don't quote me on this, but as far as I can ascertain, it was released in the following permutations:

There's a lot. A sampling:

I know here in Virginia stereo sound was rare for most theatres in the mid-70's. The place I saw KK 76 was a tiny little triplex which was equipped for both four track/35mm and six track/70mm in Churchland, a suburb of Portsmouth. They were the first in VA, as far as I know, to install Dolby Stereo with a 70mm showing of A STAR IS BORN in late 76 and then STAR WARS in the summer of '77. Most of the initial showings of SW in Va were mono. Of course within three years this would change, albeit with Dolby sound systems of decidedly variable quality. The Tidewater area was quicker to convert than the Central Va (Richmond) area. I must admit the KK 76 is not a fave of mine, though I do really like the John Barry score.

Some non-U.S. releases drop the "original mono" track since they add various dubs (German, French, Spanish, etc) to the disc. It's very annoying.

I personally like that the original mono (IF it's really the original track and not some downmix or "newer" mix) is included but at the same time I have admit that I usually watch the film with 5.1 surround.

KK76 was not released in Sensurround although the logo is on a promoposter.

Hmm, interesting... There are numerous secondary sources around citing Kong's overseas Sensurround release, including various film books, though I can't find even a single reference to a primary source.

At this point, I'm willing to lay odds that this info originates from the fact that Universal's mid-70s Kong remake (abandoned when Paramount got theirs under way) was slated for a Sensurround release.

Universal, of course, had an exclusive deal with Cerwin-Vega to develop & market Sensurround, so Paramount's Kong being released in this format anywhere is extremely unlikely.

The Naked Gun- ironic since that was the last major release to be produced with a mono soundtrack.

Is that it? If so, the situation isn't quite as bad as I thought, though it does require hunting down BDs from different territories...

The Wizard of Oz never had its ORIGINAL mono track on bluray. The mono on the first release was from the altered 1998 soundtrack.

Jesse Skeen said:
The Naked Gun- ironic since that was the last major release to be produced with a mono soundtrack.
Click to expand...

I thought Woody Allen kept mixing in mono long after that?

If there was a stereo mix for the film, even if it went on general release in mono, then stereo's fine, in fact I'm grateful to hear it in stereo for the first time (all those 50's cinemscope movies). But when they muck a mono track around for 5.1, then please give me the option of the original mono track.

Mark-P said:
The Breakfast Club (even though IMBD claims it was Dolby, I'm pretty sure it was originally mono)
Click to expand... 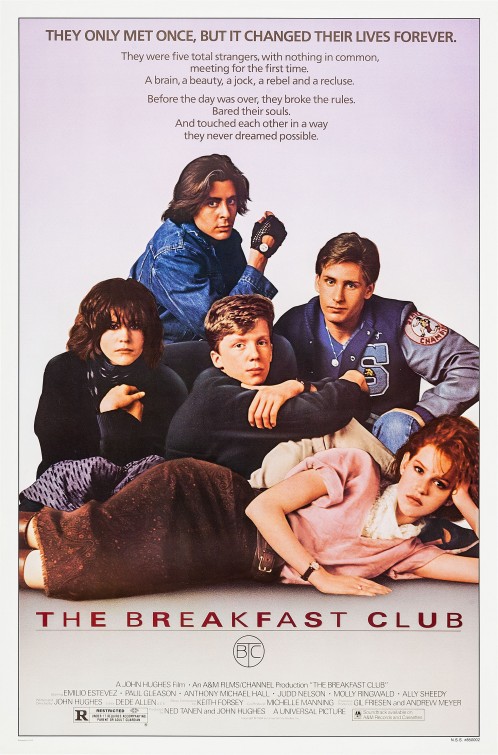 I know here in Virginia stereo sound was rare for most theatres in the mid-70's. The place I saw KK 76 was a tiny little triplex which was equipped for both four track/35mm and six track/70mm in Churchland, a suburb of Portsmouth. They were the first in VA, as far as I know, to install Dolby Stereo with a 70mm showing of A STAR IS BORN in late 76 and then STAR WARS in the summer of '77.
Click to expand...

Are you referring to the Plaza? If so, I believe those presentations of A STAR IS BORN and STAR WARS would have been 35mm four-channel Dolby Stereo. Dolby's installation records from that time-frame indicate a Dolby CP50 processor was what was installed there in 1976. The Plaza didn't install a CP100 (the processor at the time that could handle 70mm-six-track Dolby playback) until 1978.

Nope. Mono. Check the end credit roll. Movie posters can be wrong.
You must log in or register to reply here.

Questions Concerning DTS MA 2.0 Mono and Stereo Tracks on Blu-rays (From Labels Like Scream/Kino) and How Older AVRs Process Them
2 3