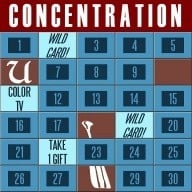 The press release is here:

And here's a link to the press release from Sofa Productions & Elvis Presley Enterprises:

Hope all of you classic TV fans enjoy it!

I hope those are complete shows with all of the performers -- not just Elvis Presley. There's a good chance they will be, with Andrew Solt of Sofa Entertainment behind it. Solt / Sofa has long syndicated half-hour versions of The Ed Sullivan Show for years. It wasn't until 2 years ago when they finally put out all 5 complete hour-long Ed Sullivan Shows with The Beatles as the guests in all of them from 1964 and 65. That also included the last black & white episode from September 12, 1965 and even one taped in Miami with live Lipton Tea commercials with announcer George Fenneman.

It seems the new duplication company they're now working with Live Feed is doing the same with the Elvis shows, which probably will be complete because as with The Beatles it fills 3 discs. The best of the best, however, would be those featuring The Rolling Stones, who appeared several times between 1964 and 1967. Or perhaps a comedians volume with funny men who made numerous appearances such as George Carlin (1964 to 1971) or Richard Pryor (1965 to 1970), etc. Any plans for those, Andrew?

It will be interesting to see how Live Feed can make the 1950s episodes look like they were the nights they were first broadcast Vs. the grainy kinescope (films) made of those Ed Sullivan Show episodes. It should be noted, however, that for 23 years from 1948 to 1971 this series was always presented live -- even with the advant of videotape. The Ed Sullivan Show switched to tape around 1958.

UPDATE: More than just a press release--- now there's something to see, too!!

Even though the "web encoding" tends to flatten things a bit, you can now watch the first online promo clip from the "ELVIS: The Ed Sullivan Shows" DVD set here:

Hope you enjoy the preview folks-- there's about 177 other minutes that we've included, too!!

I watched Presley's "Hound Dog" performance clip from The Ed Sullivan Show, and that doesn't look any better now than it originally did. As with Match Game and What's My Line, Livefeed doesn't noticeably improve the picture, folks! But to be fair, it was only a 5 inch version. After I buy the set, maybe it will look better on my 19 inch screen. We'll see...

I was wondering if there was still someone in America watching TV on a 19 inch screen just like we did in the 60s and now we've found one! You got me beat, you're more retro than I am. Does it still have a dial tuner as well?

Why don't you limit your comments to the subject at hand instead??

Well Jeff, I saw an excerpt from one of the Sullivan shows on Entertainment Tonight with the new LiveFeed process, and it really looked like original videotape! You'll have to see it to believe it, but it's great! 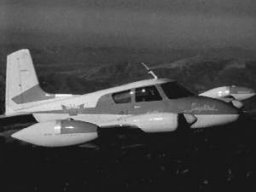 "I watched Presley's "Hound Dog" performance clip from The Ed Sullivan Show, and that doesn't look any better now than it originally did. "

Kevin mentioned that the preview clip doesn't look as good via the web due to encoding.
Like Charles, I've had the opportunity to see this Elvis clip on a TV set, not a PC monitor. and it DOES look better.
If you look closely at the corners of this clip, you can see what I believe to be, the edges of the CBS studio monitor this show was filmed off of.

Well, no matter how it looks I'm buying this set anyway because I want as many complete Ed Sullivan shows (not Best-Ofs) that I can get for my collection.

Kevin: WOW! That clip looks better than I've ever seen that footage, and I've seen both the Sullivan kine and Elvis' own 16mm print.

I can't wait to buy this one. Congratulations on a fantastic job!

I wish someone would find the lost 2-inch master for the "Welcome Home Elvis" special from 1960. Sinatra only had a poor quality 16mm kinescope, and the same for Elvis and ABC. Our research in 1981 indicated that ABC junked the master tape in the early 70's. Hopefully, somebody rescued that gem from the studio dumpster...

If your brother didn't I don't know who would have!

Thanks for the kind words, gentlemen-- believe me, it'll be very exciting to see the boxes on the shelves in a few days!

By the way, Bob-- I keep hoping to hear from someone (perhaps someone you know quite well!) about the TAMI project. I understand they've finally got some access to the 35mm elements, so you can imagine how much I'd love to work some LiveFeed magic on it... there's no reason that it has to go out looking like a kinescope anymore!!

And you know, I'm still working on sources in order to track down a better print of the Sullivan/Sinatra Timex special... strangely, I was told that ABC has now located pristine 35mm copies of Sinatra's other specials in their vaults, so I don't know why they wouldn't have one of that program, as well.

Quite honestly, though, I'm willing to work with whatever prints could be rounded up-- the most important thing is that the materials receive a modern professional transfer. The telecines I've seen so far have all either been ancient or just plain off-kilter.

I'd like to thank Paul Mavis for his lengthy review of the "Elvis Presley: The Ed Sullivan Shows", which you can read here:

Nice to see that our labor of love came out the way we intended...

It certainly sounds exciting, and it will be interesting to see just how good this Livefeed process is! And because of some of the other acts (Carol Burnett, Senor Wences, Charles Laughton hosting one show) and the extras, now I want to buy these discs even more. I just hope I can get through the Sullivan shows as well as the 21 episodes of "Crime Story" (just bought the first season yesterday) before Get Smart! and Match Game are shipped to me.

I just watched the first episode and it was fabulous. If you want a good before/after example of the restoration, watch the short segment on the extras about why Ed missed the show. It has a clip of Laughton introducing Elvis which will give you a good idea of what the show looked like straight off the kinescope. The difference is remarkable.

My only disappointment was the substitution of certain acts. It looked like both the Amazing Ballantine and the dog act were from another show. The voiceover introducing them did not sound like Charles Laughton. Anybody know which acts were taken out?

Congratulations to LiveFeed on a remarkable accomplishment. At times, it looked like it was really off 2-inch tape! I look forward to watching the next two shows!

Since each disc only contains only 1 (1 hour) episode, was this set released on 3 single layered discs? It seems all episodes plus the extras, could've fit on just 1 (dual layered) disc, since dual layered discs can hold up to 4 hrs of video before losing quality due to compression.

Regarding The T.A.M.I Show- ironically, the show was originally done on videotape for a closed-circuit TV audience, but later transfrered onto film stock for theaters. The new process would in a way restore the footage back to its video origins, provided that it's done. I've heard that Dick Clark owns the rights to the film.

Just as with a good meal, Carlos-- presentation is **everything**!!

Besides, I'm actually glad they did it this way, because now there's no issue at all with the compression... just one less thing to think about!

And I'm **very** glad that everyone has enjoyed the set..