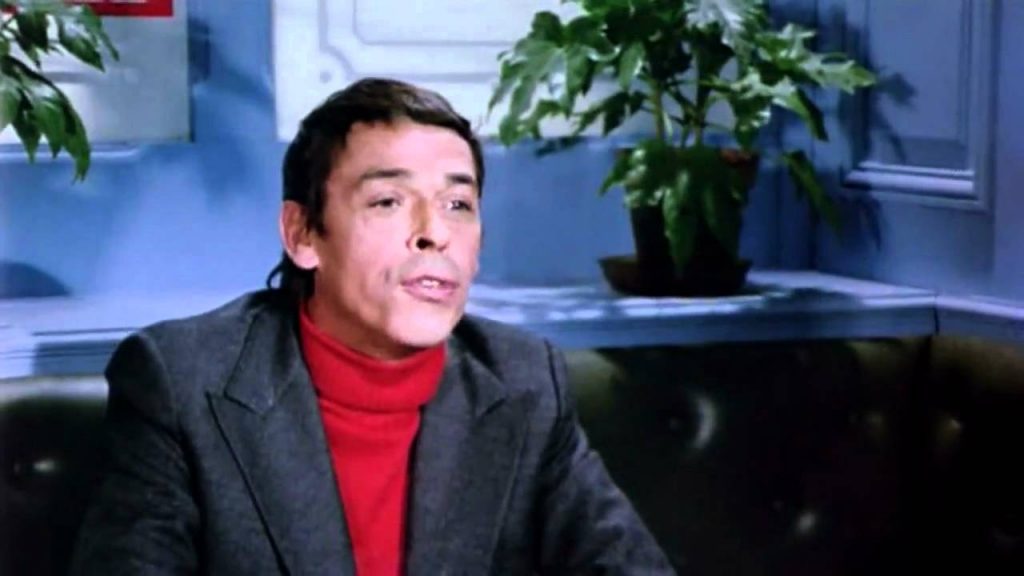 An unusual musical revue featuring songs of one of the world’s most unique balladeers, Denis Héroux’s Jacques Brel Is Alive and Well and Living in Paris may be visually grounded in the 1970s, but its songs reflect timeless emotions of love, loss, and life which may appeal to those adventurous enough to sample them.

In the case of "Jacques Brell..." as the flawed film it always was, having an average overall score for this film and transfer comes as little surprise. On the other hand, I am under the impression that this is the only visual document we have on record; therefore, if there were to be only one high score out of three - in this case,the audio - I would choose just that. A strong 4.5 on Audio makes this good enough for my purchase. Hard to know; as our HTF audiophiles will have to chirp in; but I'm betting with today's technology that this 4.5 may now produce a better sound than the classic Off-Broadway and soundtrack albums. Kudos to Kino for making this available.
Last edited: Jun 20, 2018

Peg and I watched our copy of this last night. I knew very little about it. It was my first time seeing it. I hated it.

I got the disc because Peg is FOREVER listening to the music from the cast albums. She LOVES those. When I mentioned the movie was getting a release on home video she lit up. When the disc arrived and I left it on the HT cabinet, she got really excited. She couldn't wait!

I shouldn't have done it, but I pre-warned her that the film DOES have its detractors--that it is the product of its time (1974) and that it has some sensibilities of the cultural stuff that was going on at the time. She waved me off and was unfazed in her enthusiasm. Let's watch it tonight!

Nine minutes into the disc, she was asking me to turn it off. (This is right around the rather surreal part when the siren went off in the backstage area of the theater and they broke out the doors onto the ocean beach and the siren continued.) I insisted we persevere. We watched it to the end.

At one point (near the end of the film) Peg said to me, "I want you to know how much it means to me that you thought to get this for me knowing how much I like the music. It's a real example of how much you care for me. But I never want to see this movie again!" She later added, "I hope you can get your money back!"

She has seen a few different local productions of the show (basic, simple cabaret staging) and couldn't understand why the material was being presented in such a bizarre manner.

With our heads still spinning today, she texted me, "THAT, absolutely, was the worst thing I've ever seen in my life."

So, we'll both challenge your production score of 3, Matt!

Peg's fondness for the songs themselves remain. I, on the other hand, found them ridiculous. I thought the lyrics were nonsensical garbage and the melodies were repetitive from song-to-song. If there were twenty songs, there might've been four or five basic melody ideas.

Bottom line: If anyone wants a deal on the Blu-ray, PM me. I bet we can close a deal.

Oh. And, Phillip: The condition of the mono audio track is the highlight of the disc. I completely agree with Matt's description of the technical aspects of the disc.

I'll just add that as the movie played on, I looked at the disc case and saw this line in the description:

But the true showstopper offers Brel himself singing his signature, "Ne Me Quitte Pas," in a sequence that ranks as one of the most powerfully understated and sincere musical performances ever put on film.
Click to expand...

1.) I didn't realize that I knew this song so well. Its English title is If You Go Away and one of my favorite performers Glen Campbell had recorded and performed this song. I had forgotten that it was written by Brel and had no idea it was going to appear in this film. Nice surprise. But, my French, it eez not so good.

2.) Regards the slow zoom on Brel during this number mentioned by Matt in his review. For me, it made the performance neither understated nor sincere. It just made it weird. This did NOT work like it did for Sergio Leone!
P

OUCH !!
Being that the staged and recorded versions Brel is a favorite of your wife and learning that even SHE had hated it, I am now detoured from purchase. I saw Elly Stone perform this show in 1979. In my youth, I used these songs for auditions. Love both the stage and film recordings; but I've got a bad pitted feeling in my stomach. So much so, that even PMF would pass on an invited PM to F. But...Mike...let me ask you this. If one puts on the BD for audio only - and keeps their eyes averted from the screen - would it change things? Would it audibly be better than just the vinyl or CD? Or is this film an altogether wash, no matter how ya slice it?
P

P.S. Makes me now wonder if Mr. Brel specifically sang "If You Go Away" for the film, as a message to those exiting audience members; knowing full well where this production was headed.

PMF said:
But...Mike...let me ask you this. If one puts on the BD for audio only - and keeps their eyes averted from the screen - would it change things? Would it audibly be better than just the vinyl or CD? Or is this film an altogether wash, no matter how ya slice it?
Click to expand...

I'm not the right guy to ask. Good-sounding music is important to me...but I just don't have a good enough feel for the quality of the recordings of the cast albums...and I can't speak to how different the arrangements are as to whether you'd like them or not. Only you can make that call. My wife is no help as she's not a discriminating listener. She rarely appreciates any of my high-rez music purchases--even though she might like a particular recording.

I liked Elly Stone the best of the entire experience. One of the things I weirdly noticed was that she was missing some teeth. In fact there were so many extreme close-ups of the leads that it was easy to see that they all could have benefited aesthetically from some time in the dentist's chair.

the other comment I made to peg was that she was the only thing in the film that I thought could have passed for contemporary (although maybe that was just her haircut). But the hair, make-up, clothes and staging all screamed mid-70s. But she could have stepped off the screen and onto a present-day street and not have received a 2nd look.

Mike Frezon said:
[...] But she could have stepped off the screen and onto a present-day street and not have received a 2nd look.[...]
Click to expand...

...that is, unless, she was smiling at those who were passing by. Must have been the Brussels.
Last edited: Jun 22, 2018

There was at one time a soundtrack album in stereo for the Jacques Brel film. I don't know if it was ever ported to CD or MP3.
A

Matt Hough said:
There was at one time a soundtrack album in stereo for the Jacques Brel film. I don't know if it was ever ported to CD or MP3.
Click to expand...

Nope never released to cd. But, a friend of mine in Nashville (!) transferred this to disc for me some twenty years ago.
I'm hanging on to my lp because Joe Masiell signed it with the motto, "aim high."
P

Matt Hough said:
There was at one time a soundtrack album in stereo for the Jacques Brel film. I don't know if it was ever ported to CD or MP3.
Click to expand...

Anthony Dale said:
[...]I'm hanging on to my lp because Joe Masiell signed it with the motto, "aim high."
Click to expand...

Joe Madiell? Cool autograph. But he actually wrote "aim high" after having seen the film?

Mike Frezon said:
Or was it "Am high?"

Well, it was following a performance of Anything Goes at Pittsburgh's CLO, the champagne was flowing....
You must log in or register to reply here.

A Few Words About A few words about...™ The Lives of a Bengal Lancer - in Blu-ray