Hello all! Let’s see if this concept sticks around for a bit.

Here’s some ground rules. Anything you post must have a connection to Classic Television Series, Actors, Actresses or Animals.

In addition to Promos, Commercials and Bloopers it could also include Singing or Dancing Video Performance, Animation, Shorts and Collectibles (Comic books, Posters etc.)

It should not include music audio only videos like from Vinyl LP’s or Singles or CD’s. Again any Classic TV Commercials must have a connection to Classic TV Series or Classic TV Stars UNLESS you feel it is a spectacular commercial that cannot be overlooked.

Finally, no Nabisco commercials of any kind. Got that John? And no discussions of Classic TV Series you’d like to see released on DVD or BluRay!!

You can find these on YouTube, DailyMotion, Vimeo, Internet Archive or wherever.

I’ll start this off with a few promos uploaded this very evening.

Glad to see you started this up so soon, Neal.

Some Bonanza Chevrolet commercials. First, one with Michael "Little Joe" Landon, and then one with Dan "Hoss" Blocker:

The Bonanza crew, plus Bewitched and Man From U.N.C.L.E. Chevy commercial:

British Hardcastle and McCormick promo from ITV/Channel 4 from 1983, apparently for the 2-hr. pilot:

Has dialogue I remember from seeing it on DVD:

Hardcastle: "You were guilty. You stole that car."
McCormick: "It was my car to begin with!"
Hardcastle: "Lady Justice is a tough old broad!"

Then Hardcastle lays it out what he wants to do (referring to the 200 cases that he aimed to resolve with McCormick's help):

Hardcastle: "I want these guys, see? They escaped justice and I know good and well they're on the outside now committing new crimes. So that's where you come in, see? Now what we're gonna do: we're gonna hunt 'em down, we're gonna find out what they're doing now and we're gonna bust 'em. You're gonna be my fast gun."

McCormick, smarting off: "Do I get to wear a cornball Hawaiian shirt and tennis shoes?"

There's a promo for both Temple Houston and Dr. Kildare on NBC Thursdays from 1963, as aired on Concentration: Tournament of Champions, the video on Internet Archive!

Jonny Quest ABC bumper promo for The Addams Family + promos for The King Family/Major League Baseball and Where the Action Is:

A couple of short 'don't blink your eyes' spots from Jack Benny: 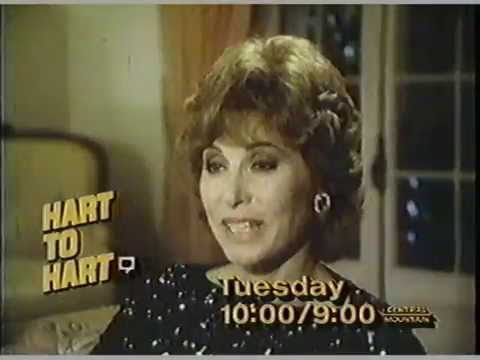 The Avengers color Emma Peel promo, "The Strange Case of the Missing Corpse":