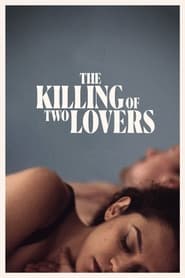 Title: The Killing of Two Lovers

Plot: David desperately tries to keep his family of six together during a separation from his wife. They both agree to see other people but David struggles to grapple with his wife’s new relationship.
KILLING OF TWO LOVERS (2021) begins where one might imagine it ends based on the title and the trailer. It takes time for Writer-Director Robert Machoian's KILLING OF TWO LOVERS to take shape. It's mainly shot in long static takes where the viewer is often kept at a distance, sometimes straining to see what is unfolding or even hear what is said. Further, the framing is in the boxy 1:37 aspect ratio of old. The nontraditional score is full of industrial sounding grinding noises and low rumbles - the inner rage of protagonist David (Clayne Crawford). It's a very sideways manner of telling a story.

Eventually, we meet David's wife, Niki (Sepideh Moafi) and her lover Derek (Chris Coy). The couple also have four children. Machoian's dry technique does eventually bring the viewer into the tale, but, the drama has to be seen on more an intellectual than a gut level. There are closeups, but, they are rarely employed purely for visceral impact.

KILLING OF TWO LOVERS is as cold and chilly as the wintry Utah setting. And, yet, it works on its own level -- just don't expect a neat and tidy resolution. Machoian aims to leave the viewer with the same unease as he begins with.
Movie information in first post provided by The Movie Database
You must log in or register to reply here.