The Invaders Tv Series On Dvd?

I've always been keenly interested in seeing a DVD release of THE INVADERS (ABC 1967-68) tv series starring Roy Thinnes but the current copyright-franchise owner Paramount Pictures Home Entertainment just doesn't seem to be willing (at present) to move ahead on such an undertaking...that would certainly prove to be successful considering this classic 1960s SF tv series superior reputation and enduring popularity.

Could one of the moderators presiding over this discussion forum possibly contact Paramount Pictures and inquire if THE INVADERS will ever be made available in a much desired DVD collection?

If not then why?

And while you're at it could you also ask if THE INVADERS will be made available again for tv syndication as it's seemingly nowhere to be seen on North American television at present?

Why is THE INVADERS not available for tv syndication?

Why is Paramount apparently suppressing this exceptional SF tv series?

Hopefully Paramount Pictures' response will be posted on this discussion thread.

Thank you for your assistance in this most important matter! 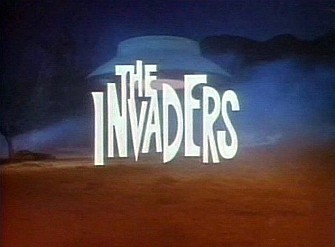 Ack! Your thread title looks like an announcement rather than a request. Would a mod be so kind as to change those exclamation points to question marks?

I would eagerly buy this series on DVD. Instead we're getting Happy Days and Laverne & Shirley and Mork & Mindy. Hopefully Paramount will see fit to release THE INVADERS before Joanie Loves Chachi.

Paramount seems like its going forward with its TV releases. Unfortunately it owns about 5,000 series so I would expect we should hear the announcement for The Invaders, Season 1, coming June 2011.

Does Paramount own The Invaders? I don't think they do, unless they bought up the rights. Previously, ABC held the rights and leased the series to Worldvision for syndication and video distribution (and Worldvision sub-leased the show to Goodtimes who put out 12 episodes on VHS in the late 1980s).

According to the other Paramount TV thread, THE INVADERS along with GET SMART and some other shows are tied up along with other Republic properties (such as Twin Peaks? is that correct?)

Well that's most likely a major part of the problem contributing to the (current) obscurity of this 1960s SF tv classic because THE INVADERS (ABC 1967-68) has changed ownership several times from ABC-TV to Worldvision Enterprises to Aaron Spelling and finally to Viacom International the tv subsidiary of Paramount Pictures.

I've repeatedly told this fact to TV Shows on DVD but they just won't accept it (erroneously believing that 20th Century-Fox Television is the current owner) so why doesn't somebody contact Paramount Pictures (like the moderators on this discussion forum who'd no doubt have access and contact with the company executives) and ask them about it?

Point-of-fact Paramount has ownership of other (former) QM Productions like THE FUGITIVE (ABC 1963-67).

You're also absolutely correct in that Paramount Pictures has ownership of so many tv properties but surely by now the major companies should be well aware that SF films and tv series are BIG business with most probably the single largest market so this should dramatically narrow the field somewhat in favour of THE INVADERS.

Is that why Fox seems to not have any interest in releasing the other Irwin Allen series besides Lost In Space? I agree that SciFi has a big following and these shows would do well. Getting the studios to understand this seems to be the problem.

The above quote is taken from another Home Theater Forum discussion thread pertaining to prospective Paramount Pictures DVD releases from the company's extensive tv series library.

So now it would seem that in addition to Paramount's (seeming) stubborness and lack of initiative that THE INVADERS (ABC 1967-68) tv series is also tied-up in more legal redtape...which is such a pain!

But I'm certainly not giving up in my crusade to get THE INVADERS released as a DVD collection which would certainly do an outstanding job in retail sales. Indeed the very moment such a collection hit the store shelves it would become an instant collector's item!

Pertaining to 20th Century-Fox Home Entertainment's similiar sluggishness in releasing VOYAGE TO THE BOTTOM OF THE SEA (ABC 1964-68) and THE TIME TUNNEL (ABC 1966-67) on DVD the company has most probably pretty much been going on the advice of Kevin Burns who's always exhibited such a blantant bias towards LOST IN SPACE (CBS 1965-68) (see THE FANTASY WORLDS OF IRWIN ALLEN tv special) and has hardly acted in the best interests of the other Irwin Allen 1960s SF tv series and their respective fan groups.

But I reiterate that 20th Century-Fox Home Entertainment should be well aware of the enormous market for SF films and tv series and this should be the indicator that the company should gauge its efforts toward future DVD releases of its tv series library more than anything else.

It is also a fact that VOYAGE, THE TIME TUNNEL and LAND OF THE GIANTS (ABC 1968-70) fans combined outnumber LOST IN SPACE fans 10 to 1 and Fox Home Entertainment just can't continue ignoring these other groups indefinitely.

I broached the question about possible VOYAGE and THE TIME TUNNEL tv series DVD releases to Fox Home Entertainment executive Peter Staddon in the LOST IN SPACE discussion thread but he (thus far) hasn't bothered to respond and these decision-makers just can't continue lending a deaf ear to the fact that the other Irwin Allen 1960s SF tv series are also in huge demand.

Interesting stat, that 10-to-1. Where did you get it from? Who conducted the research?
Expand signature
DAVE/Memphis, TN

Simple. There was no real (registerable) adult viewership (or to put it another way a market) for this tv series. In other words only the kids were watching it which is precisely the audience that this tv series was intended for in the first place.

To make it more affordable for the tv series (potential) broad-based youth market out there.

Obviously the LOST IN SPACE - The Complete First Season DVD Collection didn't capture the adult market well enought to satisfy Fox Home Entertainment so now the company wants to broaden its marketing with the second season collection to specially target the kids.

Forty years may have passed since VOYAGE and LOST IN SPACE were aired on primetime network television but the results are still the same (at least in the case of LOST IN SPACE). In other words LOST IN SPACE failed to perform outside of its own fan base which apparently wasn't sufficient to establish the DVD release as a bonafide success.

VOYAGE TO THE BOTTOM OF THE SEA (and THE TIME TUNNEL) have the potential to perform well and fully reach the lucrative adult market out there! As I said in the LOST IN SPACE discussion thread these two tv franchises are more popular with the SF community at large than LOST IN SPACE is. But there's only one real way to prove that, isn't there?

In answer to your question I've seen the numbers of organized fan groups for all four of the Irwin Allen 1960s SF tv series and the memberships for each individual tv franchise is high...without exception!