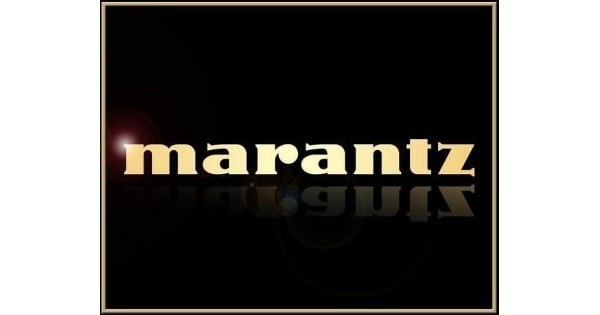 Mahwah, NJ May 15th, 2017 – Marantz®, a world leader in advanced audio technologies, announces two new slimline network AV receivers, the NR1608 and NR1508. Each combines the latest home theater features with the convenience of multi-room music playback – and all in designs built to slip into the tightest spaces. Both are expected to be available in May

For some years, Marantz has set the standard for compact AV receivers, with models packing state of the art features and performance into room-friendly designs in a slimline form-factor. With the NR1608 and NR1508 it brings the concept up to date with features including compatibility with the newest 4K ultra high definition video content, including Dolby Vision and Hybrid Log Gamma – plus of course the legendary Marantz sound quality for both movies and music. Designed to sit at the heart of a complete home entertainment system, both models also have a wide range of facilities to enable your favorite music to be shared and enjoyed, including network streaming, Bluetooth® and Airplay for playback from portable devices, and the HEOS® wireless multi-room system.

Marantz started a new trend with its NR1501: a full-function receiver in a slimline package designed to fill the room with sound, not massive home theater electronics. The NR1608 is the latest generation of that concept, and it has everything needed for both a superb immersive home movie experience and whole-house music – all in a unit standing just 4.1 in. tall.

The big news in home theater is high-definition, both in sound and vision, and yes – the NR1608 can do it all. Not only is it compatible with the full range of variations on 4K Ultra High Definition video, from 4K-60Hz video to HDR as well as Dolby Vision compatibility and Hybrid Log Gamma (HLG; via future firmware update). It also has decoders for both Dolby Atmos and DTS:X 3D surround sound, and seven channels of amplification to deliver those home theater thrills. Eight HDMI inputs enable a full array of high-definition sources to be connected, including Blu-ray Disc players, streaming devices, set top boxes and games consoles, with 4K video and hi-res surround sound, while the ability to drive 5.1.2-channel speaker systems with its 7x50W (8 ohms, 20 Hz~20 kHz, 0.08% THD) amplification means it will envelop users in the action.

It makes it possible to upscale legacy video sources such as DVD to 4K, and create immersive surround fields from older soundtracks using Dolby Surround and Neural:X processing, and is of course compatible with Dolby TrueHD and DTS-HD soundtracks for conventional 5.1- or 7.1-channel surround.

Audyssey MultEQ simplifies pinpoint-accurate set-up and calibration, while the optional Audyssey MultEQ Editor App can be used to further refine the set-up or tune it to suit personal tastes. In addition, Audyssey Dynamic EQ retains clarity and impact even when the system is playing at low levels, while Dynamic Volume levels out those annoying jumps between television programming and commercials.

But the high-definition doesn’t stop at home theater – and neither does the entertainment. The NR1608 also streams music from local network storage or the Internet, using either wired or Wi-Fi to connect to a home network as well as TuneIn Internet Radio and services including Pandora, Spotify, Amazon Prime Music, iHeart Radio, Sirius XM, Sound Cloud, Tidal, Napster, and Deezer (where available; subscriptions may be required). It can also stream music from a computer or NAS drive at up to 192kHz/24bit and DSD5.6MHz, as well as popular formats including MP3. Users can even play hi-res music from USB storage, using a convenient front-panel port, or stream music direct from a smartphone or tablet via Bluetooth or Airplay.

The NR1608 can also be used with the HEOS system, thanks to HEOS integration. Simply add extra HEOS speakers in any room where you want music using the HEOS app, which you can access directly from within the Marantz 2016 AVR Remote app (giving complete control of the receiver), and you can stream music around the house from network or Internet sources, or even from your phone. Play different music in every room, or make the whole house rock to the same tunes when it’s time to party.

Completing the NR1608 is a simple on-screen Setup Assistant to get started, color-coded speaker terminals so users don't get channels crossed up, and an Intelligent ECO mode designed to minimize power consumption without getting in the way of entertainment. Switch it to auto to save power, or turn it off to maximize a favorite blockbuster movie or music. Certified by the Imaging Science Foundation, the NR1608 also features a full suite of video calibration controls for detailed setup by an ISF technician, along with ISF Day/Night video modes.

The NR1608 is the complete home entertainment solution made slim and stylish: Marantz has reduced the size, not the performance.

The NR1508 is a simpler receiver, designed for those who don’t want all the features of the NR1608, but still need a stylish, high-performance home entertainment hub. A 5.2-channel design, with five discrete 50W channels (8 ohms, 20 Hz~20 kHz, 0.08% THD), it’s compatible with all the same 4K video formats on its six HDMI inputs, and has decoding for Dolby True HD and DTS-HD for conventional surround setups. The same Audyssey MultEQ set-up and functionality is featured, and the NR1508 can also be controlled using the Marantz 2016 AVR app.

Network and wireless music streaming is also a major part of the NR1508, which features Bluetooth, Airplay and Ethernet/Wi-Fi capability including access to Internet radio, streaming services, and locally stored content at up to 192kHz/24bit and DSD5.6MHz. In addition, the NR1508 features HEOS wireless multiroom audio integration, allowing it to be used with the HEOS app, available for iOS, Android™ and Fire® devices.

As on the NR1608, an onscreen Setup Guide and color-coded speaker terminals make installation simple, and Intelligent ECO Mode allows energy to be saved without compromising performance.

Sorry for leaving you hanging Jesse.

Nice that these still have analog video upscaling, but wonder if it actually works? Sending my 7011 to the shop AGAIN because that stopped working altogether, along with the HDMI issues continuing.
You must log in or register to reply here.