Forum List What's new Dark Style Change width
Log in Register
What's new Search
Menu
Log in
Register
Navigation
Install the app
More options
Dark Style
Close Menu
Posted on November 17, 2022 by Sam Posten
You are using an out of date browser. It may not display this or other websites correctly.
You should upgrade or use an alternative browser.

Every New Discovery Is Just A Reminder… “We're All Small And Stupid.” - Recommended 4.5 Stars 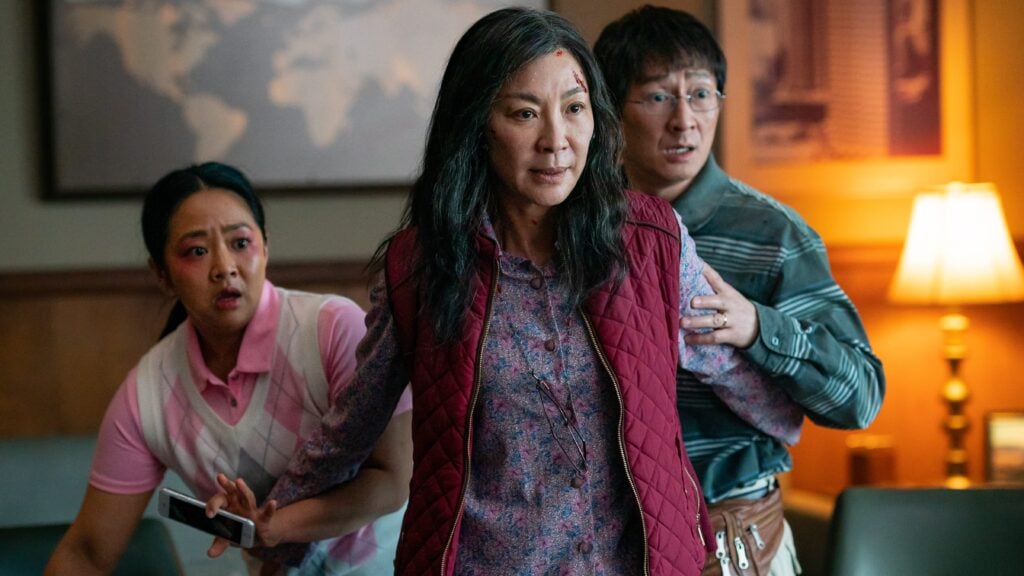 Evelyn Wang (Michelle Yeoh) is beset on all sides by the banality, impossibility, and absurdity her life has become.  She’s a karaoke loving laundry store owner, despite always wanting more out of her time on Earth. She’s about to face a ruthless IRS auditor, Deirdre (Jamie Lee Curtis). Her daughter is closeted and the family fears won’t be accepted by matriarch Gong Gong, whose traditional outlook won’t approve of such a thing. And her husband Waymond (Ke Huy Quan) is a bit daft but approaches every situation with a positive attitude that would make Barney cry.

Resolving such a a genre bending mix of action, drama, family squabbles and pathos will require to re-evaluate her life many times over and to pull from parts of herself she didn’t know she had.  And she’ll have to adapt empathy for the life choices and outlooks of those around her.  Most of which don’t make sense from the outside looking in, but when their origins are revealed all help Evelyn become the best version of herself. 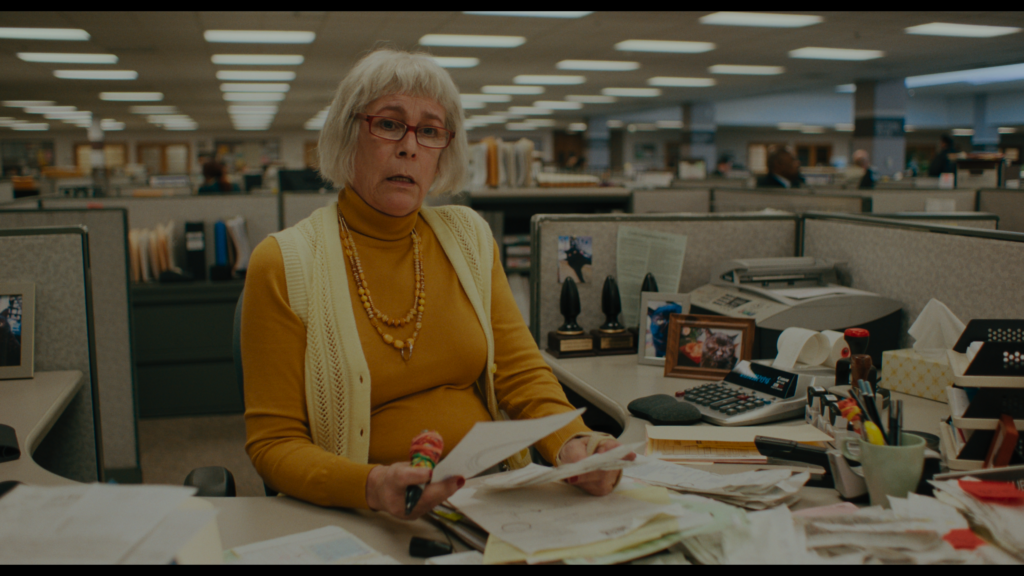 Roger Ebert famously claimed that movies are “Like a machine that generates empathy.” EEAAO tries its heart out to help illustrate how true that is.  Evelyn is beset upon by enemies and views her allies as duds or as arrayed against each other.  By tossing her into an incredible ordeal, one where she has to both outwit and learn from both allies and enemies, the film hopes for us take a new lens to the folks in our own lives. And to help us re-evaluate how we can love them better for being who they are and to understand that they are wearing the scars of the baggage they carry. Some of which we have loaded on to them whether we realize it or not.

That it hopes to do this by examining the life of someone many of us would consider a nobody is kind of the point.  We are all the heroes of our story and everyone we come into contact with is the hero of theirs.  Even if their story isn’t a grand adventure or a fantasy come true. Each and every one of us is dealing with stuff nobody else will ever know and is doing the best they can with the tools they have.  I know a lot of folks in my Facebook timeline that can use a reminder of that more often than they get… and I know I need to do my own self reflection more often too.  So that’s a win for the movies. 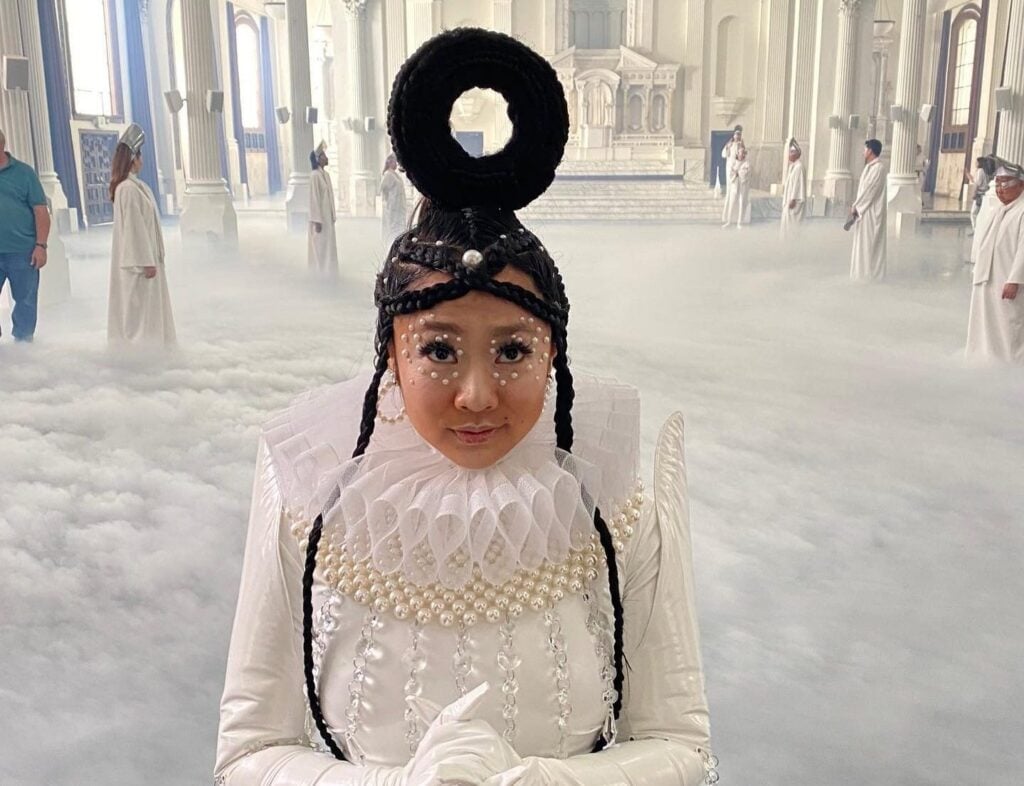 EEAAO is interesting in that it uses a number of different aspect ratios and color palettes to heighten the look and feel of the time frame and “universes” that we visit.  Evelyn’s original world is a bit dram and desaturated, while those she visits can range from hyper detailed and colorful, to cartoony, to ultra-sharp.  It’s terrifically well executed using different looks done in editing while having been shot on Arri Alexa in higher than 4k modes. I wasn’t expecting much out of what should be a dialogue driven think piece, but EEAAO delivers sonically BIG TIME.

Bas extensions are sub 30hz if my pants legs rattling can be believed, and if you aren’t sure just listen to the opening scene when the film announces you are going to go on a journey here so you better be prepared.

The dialogue is front heavy and while there are sections in multiple languages all are well documented on screen and clear where native.

Each world transition gives a satisfying kssssshhhh from overhead and then when the shooting starts Atmos reaches all corners.

I ran through all the extras save the commentary and found them informative and revealing for how everything “all fits together”.  Recommended!

Audio Commentary with directors and writers Daniel Scheinert and Daniel Kwan
Almost Everything You Ever Wanted to Know About
Alpha-Bits
Putting Everything on the Bagel: Cooking up the Multiverse
Outtakes
Music Visual
Deleted Scenes 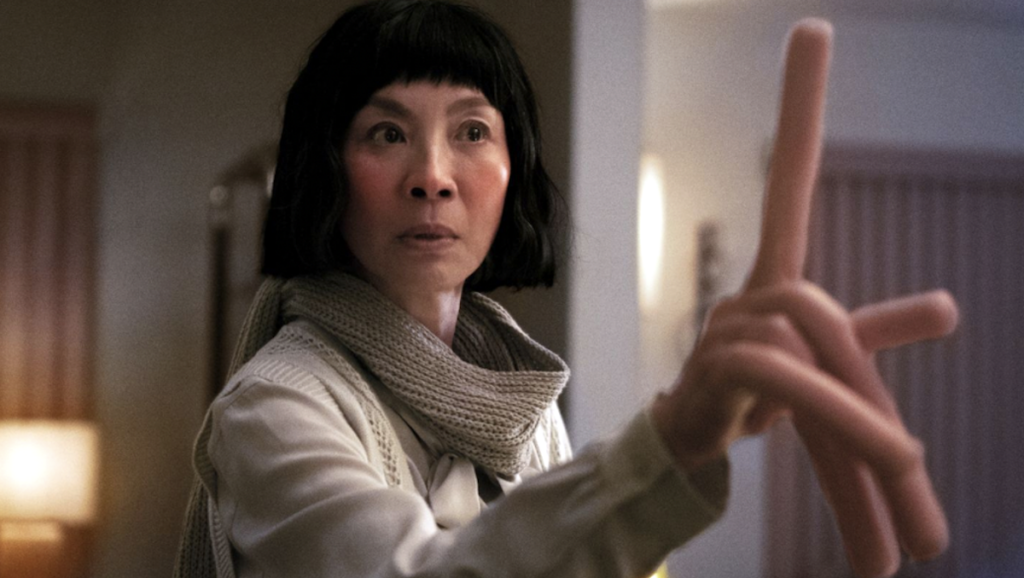 My review of EEAAO is a bit late for its arrival on disk but my delay can be your boon if you have not seen it yet.  This disk is down to a mere 10 bucks on Amazon right now and should be in your collection for the AV qualities alone.  That it’s a terrific, affirming movie with a lot to say about how we live our lives and treat the people around us is even more reason for more folks to see it.  It’s surprising, funny, heartfelt, original and just damn cool. You should see it (Or see it again), and you should help more people you know see it too.  Recommended.

Thank you for the review. Yup, I blindly bought this 4K disc from Amazon earlier this afternoon. I should have it by Saturday.

Robert Crawford said:
Thank you for the review. Yup, I blindly bought this 4K disc from Amazon earlier this afternoon. I should have it by Saturday.
Click to expand...

Just picked it up at BB for $9.99. Blind purchase. What sucks is the digital code is for VUDU only. Was hoping to redeem at iTunes.

Tino said:
Just picked it up at BB for $9.99. Blind purchase. What sucks is the digital code is for VUDU only. Was hoping to redeem at iTunes.
Click to expand...

Play it on your Vudu app on your AppleTV

Robert Crawford said:
Play it on your Vudu app on your AppleTV
Click to expand...

Yeah I know but I prefer streaming thru iTunes. Guess it doesn’t really matter.

Tino said:
Yeah I know but I prefer streaming thru iTunes. Guess it doesn’t really matter.
Click to expand...

I prefer iTunes too, but I’ve played movies that weren’t available in DV on Vudu using my Roku. But, did playback in DV on the Vudu app on my AppleTV.
Last edited: Nov 18, 2022

Robert Crawford said:
I prefer iTunes too, but I’ve played movies that weren’t available in DV on Vudu using my Roku. But, did playback in DV on the Vudu app on my AppleTV.
Click to expand...

The Independent Spirit Awards announced its nominations in film and television on Tuesday morning where “Everything Everywhere All at Once” led the tally with eight nominations. Announc…