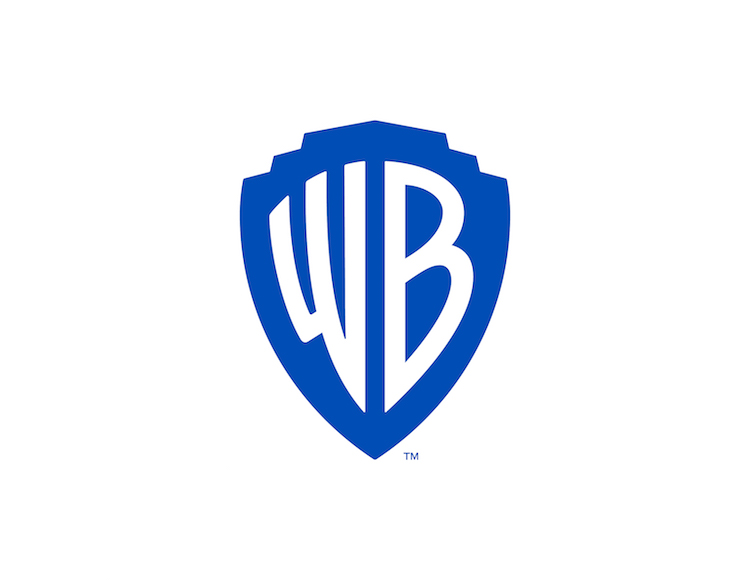 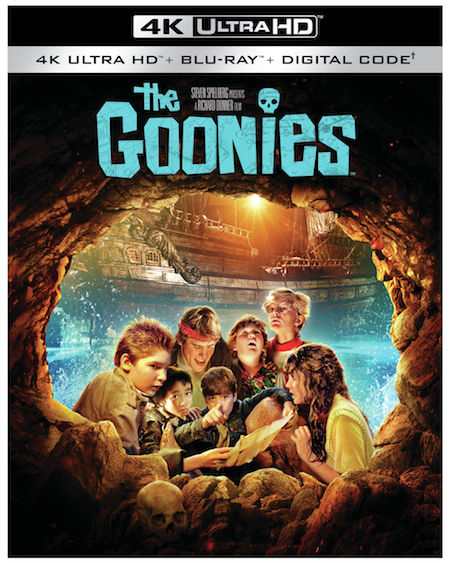 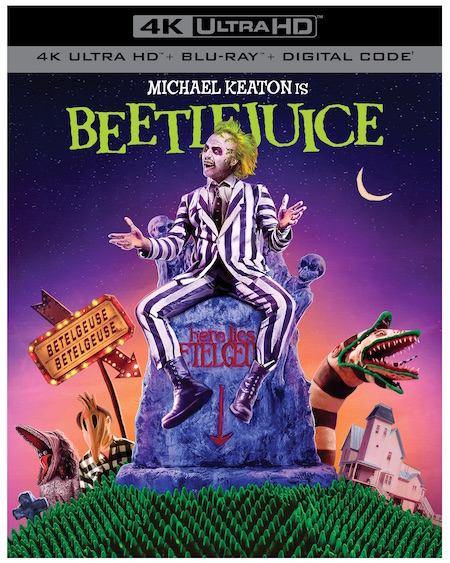 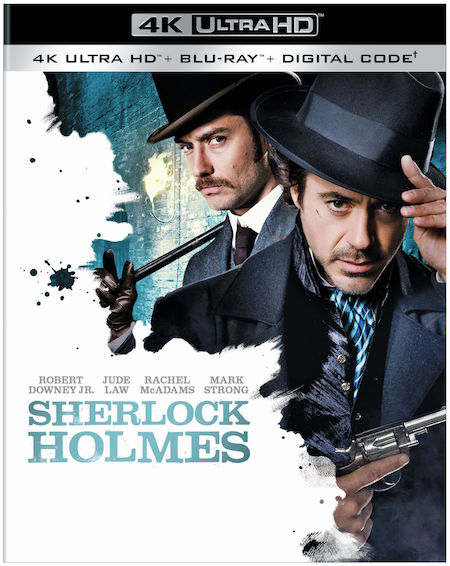 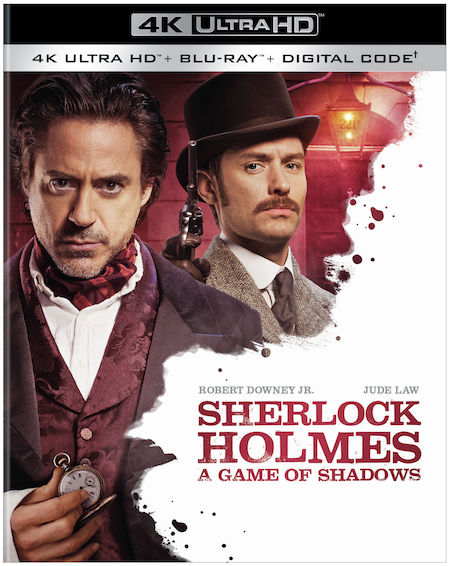 The Goonies, Beetlejuice, Sherlock Holmes and Sherlock Holmes: A Game of Shadows on 4K Ultra HD Blu-ray will contain the same special features that were included on each of the film’s previous Blu-ray releases.

The Goonies
From the imagination of Steven Spielberg, The Goonies plunges a band of small heroes into a swashbuckling surprise-around-every corner quest beyond their wildest dreams! Following a mysterious treasure map into a spectacular underground realm of twisting passages, outrageous booby-traps and a long-lost pirate ship full of golden doubloons, the kids race to stay one step ahead of a family of bumbling bad guys… and a mild-mannered monster with a face only a mother could love.

Beetlejuice
What’s a couple of stay-at-home ghosts to do when their beloved home is taken over by trendy yuppies? They call on Beetlejuice, the afterlife’s freelance bio-exorcist to scare off the family – and everyone gets more than she, he or it bargains for! Tim Burton guides this PG-rated comedy monsterpiece whose stars include Alec Baldwin, Geena Davis, and Winona Ryder. And Michael Keaton is Beetlejuice, the ghost with the most who flings one-liners, spins into grotesque forms, gobbles insects, and who just can’t leave the ladies (living or dead) alone. Ghoul love it!

Beetlejuice was brought to life from the imaginative mind of Tim Burton who went on to produce and direct some of the most visually stunning films of our time such as Batman, Edward Scissorhands, The Legend of Sleepy Hollow, Big Fish and Sweeney Todd: The Demon Barber of Fleet Street . Beetlejuice also received an Academy Award® for Best Makeup with renowned makeup artist and three-time Oscar-winner Ve Neill, and went on to be ranked on AFI's Top 100 list of Funniest American Movies.

Sherlock Holmes
Sherlock Holmes has made his reputation finding the truth at the heart of the most complex mysteries. With the aid of Dr. John Watson, his trusted ally, the renowned "consulting detective" is unequaled in his pursuit of criminals of every stripe, whether relying on his singular powers of observation, his remarkable deductive skills, or the blunt force of his fists. But now a storm is gathering over London, a threat unlike anything that Holmes has ever confronted...and just the challenge he's looking for. After a string of brutal, ritualistic murders, Holmes and Watson arrive just in time to save the latest victim and uncover the killer: the unrepentant Lord Blackwood. As he approaches his scheduled hanging, Blackwood--who has terrorized inmates and jailers alike with his seeming connection to dark and powerful forces--warns Holmes that death has no power over him and, in fact, his execution plays right into Blackwood's plans. And when, by all indications, Blackwood makes good on his promise, his apparent resurrection panics London and confounds Scotland Yard. But to Holmes, the game is afoot. Racing to stop Blackwood's deadly plot, Holmes and Watson plunge into a world of the dark arts and startling new technologies, where logic is sometimes the best crime-fighting weapon...but where a good right hook will often do the job.

Sherlock Holmes: A Game of Shadows
Around the globe, headlines break the news: a scandal takes down an Indian cotton tycoon; a Chinese opium trader dies of an apparent overdose; bombings in Strasbourg and Vienna; the death of an American steel magnate... no one sees the connective thread between these seemingly random events—no one, that is, except the great Sherlock Holmes, who has discerned a deliberate web of death and destruction. At its center sits a singularly sinister spider: Moriarty. Holmes’ investigation into Moriarty’s plot becomes more dangerous as it leads him and Watson out of London to France, Germany and finally Switzerland. But the cunning Moriarty is always one step ahead, and moving perilously close to completing his ominous plan. If he succeeds, it will not only bring him immense wealth and power but alter the course of history.

So no details about new special features. I don't need the film in 4K since I don't have that equipment but would have bought Beetlejuice if they used this release as an excuse to produce a new special edition with substantial extras. Since it doesn't appear that they're doing that, I'll stick with my previous Blu-ray. I guess this is not a surprise, but it is an unfortunate missed opportunity to give that film the better edition it deserves to have.

Yeah, I won't be buying these 4K discs as I have the Sherlock Holmes movies in 4K digital for a couple of years now and my HD digitals on iTunes will upgrade to 4K for those other two titles. Furthermore, I already watched "The Goonies" in 4K/DV when iTunes prematurely upgraded it several weeks ago.

Jake Lipson said:
So no details about new special features.
Click to expand...

"The Goonies, Beetlejuice, Sherlock Holmes and Sherlock Holmes: A Game of Shadows on 4K Ultra HD Blu-ray will contain the same special features that were included on each of the film’s previous Blu-ray releases."

There seems to be no mention that WB returned to an OCN for the BEETLEJUICE 4K. I personally think the Blu-ray, admittedly one of the studio's earliest, does not look good at all. If this is from a new source, I will definitely purchase it.

I picked up the streaming versions of The Goonies and Beetlejuice on iTunes recently for $5 each in anticipation of these releases and a very likely free 4K upgrade. As for the Sherlock Holmes films, I'll pass. I only saw the first one and didn't really care for seeing the detective turned into an action hero. I never bothered to watch the sequel.

All special features are going to be the all previous ones from before, nothing new for Beetlejuice and The Goonies except useless junk.

When The Documentary for The Recently Deceased is finished and released, it will most likely the only documentary Beetlejuice will ever get. WB just is not interested in making well put together special features like the used to. If we want that long over due edition, Scream Factory would be the company to do so.
You must log in or register to reply here.