The part where
Joel seemingly appears out of nowhere in the white light is incredibly telling. What are the chances Joel gets snuffed early on/in the prologue? And the rest plays out with Ellie? Or else the game revolves around Joel and Ellie's crumbling relationship, culminating in a fatal confrontation between the two?
Cannot wait, but even if it takes until 2020, I'm absolutely cool with it.
Reactions: Tino

Awesome news. TLOU was the BEST game I've ever played.

Terrific teaser. I don't think it's gonna be either of your two predictions Josh...or at least I hope not. I say two years before we can play it. Gonna suck waiting. [emoji31]
Reactions: joshEH

I said after my play through I doubted I'd re-play TLOU. A year later, I'm reconsidering that. I may have to replay it before Part II.

Also: is this PS Pro only? Please let it be for vanilla PS4 too.

I said after my play through I doubted I'd re-play TLOU. A year later, I'm reconsidering that. I may have to replay it before Part II.
Click to expand...

I believe I've replayed it 4 times. On my 5th now on the hardest difficulty which pretty much makes it a stealth game.

Has lost NONE of its power.

I replayed when the PS4 remastered version came out on the hardest difficulty - the game was actually better/more realistic on harder difficulty and like you said, it still hits home very hard. I could not be more excited for this game.

According to Neil Druckmann at the PSX presentation last night, you'll be controlling Ellie in the sequel, not Joel, which now has a lot of people on the Internet speculating that something happens to Joel early on in the game. One theory I read is that Joel will still be "present" throughout the entire game after he unexpectedly dies as a hallucination seen by Ellie, similar to how The Joker keeps appearing to Batman during Arkham Knight's narrative, despite having previously died at the end of Arkham City.

This would also help explain why Ellie
has aged quite a few years in the new trailer, and Joel seemingly hasn't (and notice that we never get to see Joel's face in that trailer, either).
That'd be a cool and interesting way to put Ellie out on her own with no support, yet also keep Troy Baker as a key part of the project. Either way, I have no doubt that this will be every last bit as powerful and emotional as the original, and this is a total Day One purchase for me. In Naughty Dog we trust.

According to Druckmann, Naughty Dog is treading the two games as companions that, together, depict an overarching narrative.

"I played with so many ideas that had different characters, and it never felt right," he explained. "The Last of Us is about these two characters specifically. So yes, the 'Part II' is saying this is a complementary story to the first game, but the two together are going to tell this larger tale.

"All I ask is that fans of the first one put faith in us and trust us. We're going to do right by you."
Click to expand...

Ellie is supposed to 18 or 19 in the trailer (they stated it in an interview, I just forget which number exactly). That means this takes place just a couple years after TLoU so I wouldn't be surprised if Joel didn't look much older even if she does. But he could also be dead or a hallucination, too.

Druckmann said that the first game was about love and doing anything for someone, so the second game will be the opposite and focus on hate and how far that can drive someone. I'm wondering if this will be Ellie being pissed off about "what happened" in Part 1 or something different, like Joel's dead and she's getting revenge.

Also, as has been stated many times before, Sony is not making PS4 Pro-exclusive games. All games they release will run on the PS4 and Pro, not just one or the other. If anything, they're more likely to make a PS5 and develop games only for that than to make Pro-exclusive ones.

"So much thought went into this and I know there's a lot of people that feel this trepidation about coming back to these characters and revisiting what that ending means and worrying whether that's going to spoil the first game," he said.

"You have to understand we feel all those things as well. No one loves these characters more than we do and we would not do this if we didn't feel like we had the right idea. The 'Part II' is really doubling down on that to say we believe in this so much. We're not trying to avoid it."

According to Druckmann, Naughty Dog is treading the two games as companions that, together, depict an overarching narrative.

"I played with so many ideas that had different characters and it never felt right," he explained. "The Last of Us is about these two characters specifically. So yes, the Part II is saying this is a complementary story to the first game, but the two together are going to tell this larger tale.

"All I ask is that fans of the first one put faith in us and trust us. We're going to do right by you."


Absolutely cannot wait for this. Nostalgia will always have many games as my favorites, but The Last of Us is definitely in my top 5, and probably one of the best games in terms of firing on all cylinders that I've ever played. (That moment when you gotta find some tape to make a shiv, but then hear some clicking. MUSTTAPEFASTERMUSTTAPEFASTER)
Last edited: Oct 31, 2017
Reactions: Tino and Sam Posten

And still the best game ever made in my opinion.

As powerful and relevant now as ever!
Reactions: Lou Sytsma and joshEH

Agree Tino. Hard to believe a movie version - better yet - a TV series of the first game hasn't been done already.
Reactions: joshEH and Tino

This screams for a Netflix/HBO/HULU type adaptation.

A 2hour film would not do it justice.
Reactions: joshEH

This is a game that could make me upgrade PS4 to Pro.
Reactions: joshEH and Tino

This is the closest to photoreal I've seen without actually being photoreal and without triggering the uncanny valley effect.
Reactions: joshEH and Tino

Launch Date was announced for June 19 (not new news, but still ) 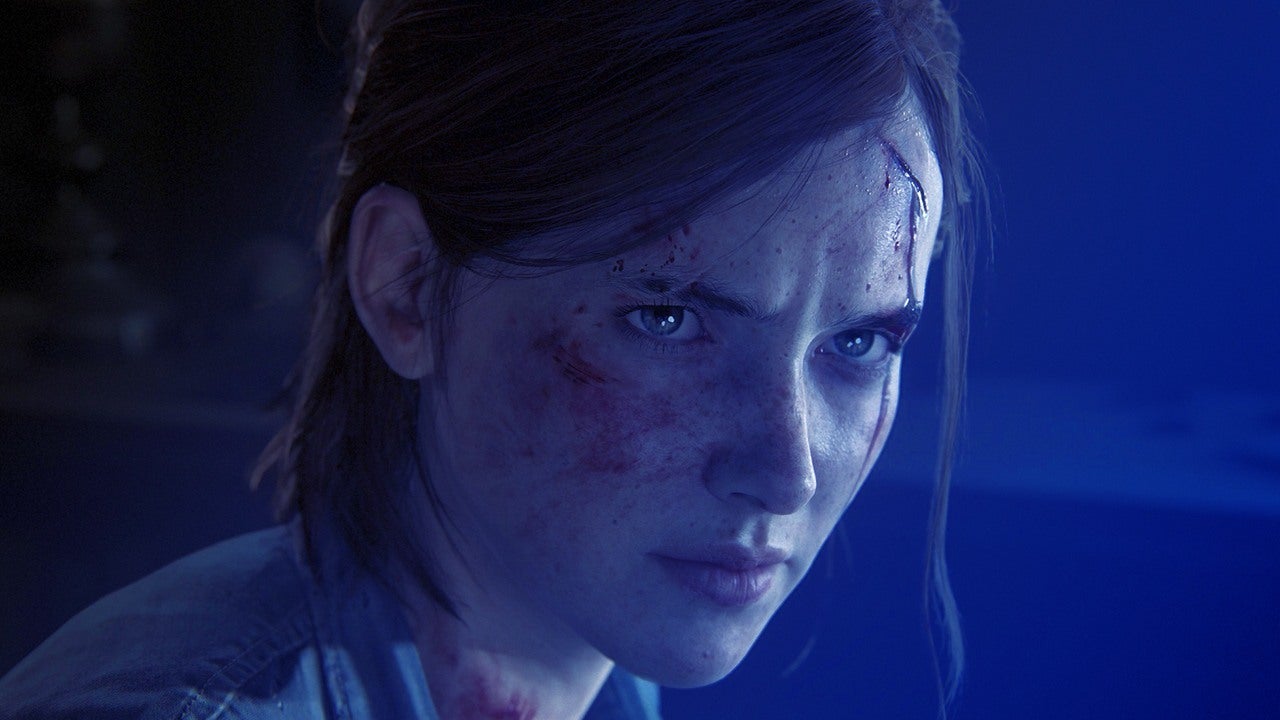 The Last of Us Part 2 Gets June Release Date - IGN

I'm still unsure if:
A) I will replay the first before buying the sequel
B) If I will buy the sequel for my PS4, or wait until to buy a 4K projector and a PS5 to play TLOU2

So it appears that a playthrough of TLOU2 leaked last week after hackers exploited a vulnerability in some previous Naughty Dog games to get onto their servers and downloaded a video of a developer playing an earlier build of the game. The whole story has now been leaked (I read it because I enjoy spoilers sometimes) and the internet is reacting accordingly. Some people are criticizing the game already because of how it treats certain characters and themes, which is expected because the internet is full of opinions. But the general reaction to it all seems like a big shrug.