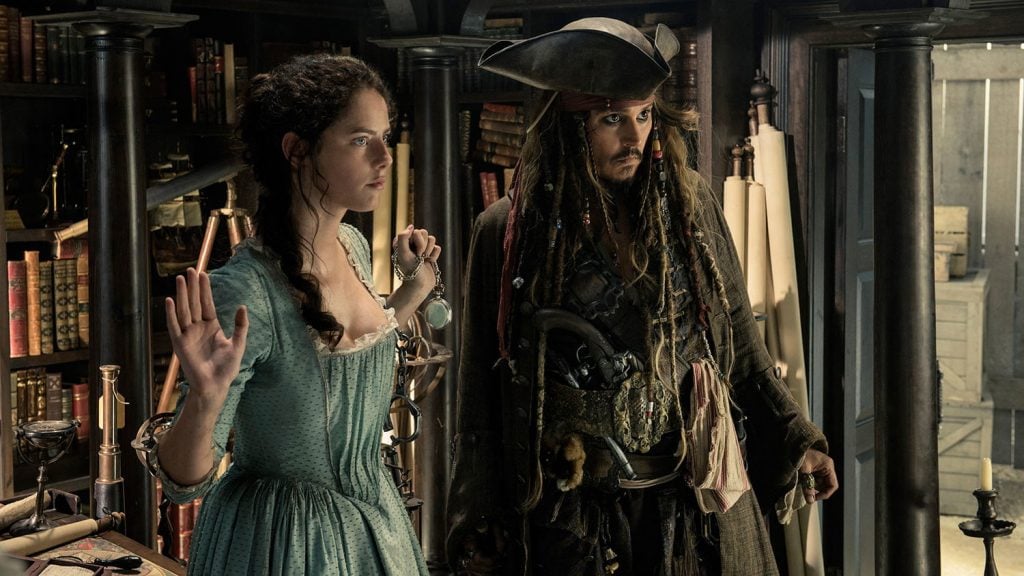 A new generation of would-be pirates and adventurers hitch their wagons to the tipsy star of Captain Jack Sparrow in the fifth entry in the Disney franchise Pirates of the Caribbean: Dead Men Tell No Tales.

Dispite the 3/5 rating on production in this review I actually saw this in the theater and loved it! I will be purchasing this title on 4K UHD BD this coming Tuesday!

It had been so long since I had seen the previous installments I was worried I would have a hard time catching up, but it stands alone for the most part so you don't have to be super familiar with the other films. While I agree that Depp's performance has grown stale, My family and I enjoyed it - probably because I went in thinking I was going to dislike it based on theatrical reviews. There were multiple laugh out loud moments for the kids, so it was a great family film to watch. There were several scenes in the opening minutes where the brightness HDR is capable of had us squinting. Like the earlier films, keep watching through the credits!

I agree with you, Adam, that some familiarity with the series helps but is not essential, and actually the movie might not seem such a rehash of earlier adventures if one has been away from the series for any length of time.

I agree, Adam. This one isn't as reliant on what came before as the others. Yes, it helps to know the relationships and backstory, but I wouldn't consider it crucial. The only time I think it becomes important to know the history is the finale. It was perfect for me.

For those curious about the digital copy code, I redeemed through DMA, and Vudu shows that I own the UHD version!

Anyone happen to try the 4K disc in a non-4K set-up? I am seeing some disc menu issues that could be my player (Sony X800) or could be the disc authoring.

Secondly, when you drill down to settings to select the soundtrack, you reach a dead end and can’t back out. The only way back to the main menu is to power cycle the player.

In case you are wondering why I would bother with 4K when I lack a 4K display? Atmos.

DMC is not carrying the 4K Blu.

Kyrsten Brad said:
Brad here. Is it me or is this 4K Blu getting hard to find at a decent price ($43 on Amazon)?

DMC is not carrying the 4K Blu.
Click to expand...

The Bluray is quite easy to find for less than $30 ( as low as $22). Amazon info on Disney is pretty useless. Not sure why DMC isn't listing it yet. Guardians 2 is there and Cars 3 4K preorder is not up.