The main characters in The Venture Brothers are Dean and Hank Venture, two teenage brothers who stumble into adventures with the company of their scientist father, Doctor Thaddeus Venture, and their bodyguard, government agent Brock Samson. Anyone who has seen The Adventures of Jonny Quest will recognize that these characters are thinly disguised versions of the characters on that show. In spite of those striking similarities, The Venture Brothers is as unlike Jonny Quest as it possibly could be with its ironic re-imagining of the space race of the 1960s and its aftermath. This premise is merely the jumping off point for an adult cartoon series that borrows material from super-hero comics, the idealism and disappointments of the space race, and any other areas of popular culture that interest its writers.

The Venture Brothers was created by Christopher McCulloch (aka Jackson Publick) and Eric (Doc) Hammer. It began airing on Cartoon Network’s Adult Swim block of programming in 2003 and the 4th season is now in production and expected to begin airing on Cartoon Network in the Fall of 2009. McCulloch and Hammer are members of Generation X, and like many other people who came of age following the Baby Boomer generation, they are intrigued at how the hopes and promises of the Hippie Generation to change the world have led us from the idealized future anticipated in the 1950s and 1960s of hovercrafts, space travel, and eradication of disease has evolved into the present world of continuing reliance on petroleum energy and depletion of the ozone layer. McCulloch and Hammer have stated in various interviews that The Venture Brothers is, among other things, their meditation upon the ironies of failure. This is most apparent in the creation of the Venture Brothers’ father, Doc Venture, a child prodigy nicknamed “Rusty” who traveled the world and solved mysteries with his father, his bodyguard “Swifty” and his best friend Hector. Rusty Venture squandered his early advantages in life to flunk out of college, develop substance abuse problems, and father two teenage boys of low to moderate intelligence, and that is being generous.

The supreme irony of The Venture Brothers is that the title characters are probably the least capable, and least important, characters in the show, unlike Jonny Quest and Hadji, who were both above average in physical abilities and intelligence. Dean and Hank Venture often find themselves thrown into situations that they are hopelessly unequipped to deal with, and their extrication from their predicaments has as much to do with dumb luck as anything else.

As Sherlock Holmes had his Moriarty and Benton Quest had his Dr. Zin as nemeses, the Venture Brothers have the Monarch, a trust fund child who aspired to be a super-villain and fashioned his name and costume after the Monarch Butterfly in his pathetic effort to strike fear into his enemies. The Monarch’s significant other is Dr. Girlfriend, a pillbox hat-wearing woman (think Jackie Kennedy wearing a short skirt and go-go boots circa 1962) with an extraordinarily husky voice. Other villains include Baron Undherbeit, a Dr. Doom clone who was Doc Venture’s lab partner in college, and the Guild of Calamitous Intent, a villainous organization led by a mysterious figure known as the Sovereign (David Bowie).

The packaging of this DVD set deserves special mention, since both the Blu Ray and standard DVD editions of Season 3 are modeled after the box art and packaging of the videogame cartridge Adventure released in 1979 for the Atari 2600 home videogame system. The logo for Adventure lends itself well to modification for this title (Ad-Venture). Since the packaging on those early videogame boxes was notoriously flimsy (with the box being several times larger than the game cartridge), the box art for this third season of The Venture Brothers includes crease lines drawn onto the packaging to mimic the creased boxes of those videogame packages. Inside the box, the traditional clamshell packaging for the Blu Ray disc is designed to resemble the instruction manual for a videogame circa 1979. Appropriately, the disc menu has deliberately low-res graphics designed to mimic the pixilated look of a videogame from 30 years past. Are these design choices an ironic statement of how the technological hopes of the 1960s led to the clunky digital watches and primitive videogames in the 1970s, instead of the bubble cars and sky cities that people in the 1960s thought we would be living in before the year 2000? Or is this indicative of the fact that the show’s creators came of age when these early videogames were the rage? Either way, this reviewer appreciates the effort that went into this packaging since he was also the right age in 1979 to think the Atari 2600 was the pinnacle of technological wonder. The standard DVD comes in the same orange-yellow hue and logo as the original Adventure videogame, and this Blu Ray edition comes (appropriately) in a blue box with the same artwork as the standard DVD edition.

This is the first season of The Venture Brothers to be produced and aired in widescreen high definition format on the Cartoon Network, and this is the first season to be released on Blu Ray and on standard DVD. Previous DVD releases of this series have suffered from encoding issues and compression artifacts marring the video quality. Thankfully, this is not an issue on this Blu Ray, even though all 13 episodes of season 3 are crammed onto one disc. Colors are vibrant and there is no pixelation apparent like what has appeared on previous season sets. Since this set is officially uncensored, some of the naughty bits that were deliberately blurred in its airing on the Cartoon Network are present here in full frontal animated nudity.

The audio options are Dolby True HD and Dolby Digital 5.1. Ambient sounds and music come through very well in all speakers. Most audio is transmitted front and center since The Venture Brothers has a lot of dialogue and much of the humor rises out of the characters’ words. Since this is officially uncensored, the bad words that were bleeped out on the Cartoon Network are not censored here. The Venture Brothers does not get crude merely for the sake of being crude, but it does not avoid bad language when appropriate to the situation. The adult themes and situations in this show make it indisputably inappropriate for younger audiences. If obscene words offend you, then this is probably not the show for you. Fans who watch a lot of animation will recognize the voice of Patrick Warburton as bodyguard Brock Samson. Creators Publick and Hammer also provide voices and the remaining voice cast is first rate.

All 13 episodes of Season 3 have an optional commentary by Jackson Publick and Doc Hammer. Although I generally find audio commentary on TV series to be pedestrian and uninteresting for the most part, that is not the case here. Publick and Hammer are engaging and funny, and their commentary is very worthwhile. Viewers are advised to watch the episodes first without commentary to avoid spoilers that appear in the commentaries.

The Blu Ray edition also comes with a CD soundtrack of JG Thirlwell’s jazzy music composed for The Venture Brothers. As of April 7, 2009, this CD will be available for purchase separately.

Deleted Scenes (19:37): The deleted scenes can be viewed separately or with a “Play All” function. This series, as with most animated series, has the dialogue recorded after storyboards but before animation, so the deleted scenes are presented in sequential storyboard still format with dialogue.

If you like the style of mid-century furniture, superhero comic books, and the iconography of the space race, then run, don’t walk, to your local purveyor of Blu Rays and DVDs and pick up The Venture Brothers Season 3 (and the first 2 seasons too if you have not been fortunate enough to see them). It would have been nice to see more special features regarding the making of this series or some cast interviews, but the audio commentaries almost make up for that omission. The inclusion of a CD soundtrack is a nice touch, and the retro packaging is very original. If you think cartoons are just for kids, or you are averse to occasional four-letter words or full frontal nudity, then you are not going to enjoy this. On the other hand, if you can see the potential for humor in penis anxiety or testicular torsion, or if you are only interested in learning more about these important issues, then The Venture Brothers is probably the show for you.

To be clear, viewers who have not already seen the season's episodes when broadcast are advised to watch every episode before any of the commentaries since they are not shy about throwing season spoiling comments in any of the episodes. They even specifically mention that in the first commentary, and then establish a running joke where they spoil a major event from the season finale at random moments of multiple commentaries.

McCulloch and Hammer do have devious senses of humor, don't they? 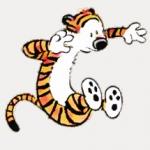 To be clear, viewers who have not already seen the season's episodes when broadcast are advised to watch every episode before any of the commentaries since they are not shy about throwing season spoiling comments in any of the episodes. They even specifically mention that in the first commentary, and then establish a running joke where they spoil a major event from the season finale at random moments of multiple commentaries.

Regards,
Argh, I really wish I'd known this. I only put episodes one's commentary on to hear their thoughts about Season 2's cliff-hanger ending. I have to say that I'm SO angry that they'd think this was funny. For anyone who doesn't know: They give away a MASSIVE spoiler without ANY warning and then lamely say "well, you shouldn't be listening to the commentary until you've watched the entire series". Yeah, sure.

I mean, seriously, what's the point of that? It's like saying: "Don't listen to the commentaries because things might get spoiled... like we already just did for you right then." There's a whole sub-story being carefully built over the episodes. It's being cleverly pieced together but I only know that because now I know exactly where it's going...! Why would an artist deliberately sabotage their own hard work??

I hate spoilers, and if they'd given ANY indication that something was about to get spoiled I would have switched off the commentary and waited. If I'd heard it then, fine, it'd be my fault, but to deliberately shout the spoiler as a non-sequitur to ruin enjoyment for anybody listening to the commentaries... *sigh*

Doc Hammer (Eric Arthur Hammer) and Jackson Publick (Christopher McCulloch), I hate you both so much for ruining season3 for me.

They probably assumed their fanbase already knew, because one of their T-Shirts sold in last year's T-Shirt of the Month campaign was a T-Shirt honoring that incident.

That spoiled it for me at the time.

It seems like such a hateful thing to do to your fans... I hope you're right.

Well I just finished watching the season and I'm glad to say that there was plenty of other things going and that "the incident" was only a very small moment. Phew!

I don't hate those guys so much anymore (In fact, in a way I can almost see why they wanted to spoil it.)

Quite an ending! The show keeps getting better and better... Can't wait to see what's going to happen next, and at the same time I'm kinda scared: Things are going to be very different!
You must log in or register to reply here.
Share:
Facebook Twitter Reddit Pinterest Tumblr WhatsApp Email Link