The technical talk is fun.

One more reason winter sucks: Gotta wait till the weekend to really put this thing through it's paces outdoors, as the only daylight I see nowadays is during my morning commute.

Here are some of the pix I mentioned earlier, taken with an A640:

I was wondering the same thing myself, Man.

Anyway, you may have hit on it regarding the distance from the subject to the background by looking at the photos in Holadem's links. It looks like there may be a lot of separation there, although it's impossible to tell for certain.

Call me a skeptic,

but I looked through a bunch of shots at that pbase account, and I'm inclined to think most of the background blur came from PP editing blur, not from the original in-camera shots themselves. Most of the blur is just too smooth to be possible w/ such a digicam, and almost all of them (that I checked) present relatively easy compositions to apply PP editing blur to the background. Even a DSLR w/ a big, fast, long lens would have a hard time yielding the kind of blur shown in many of those shots unless shooting macro close-ups, and he has so very many of them.

Having said all that, that doesn't mean I feel there's anything wrong w/ applying some PP editing blur to the background (nor whatever color/contrast/sharpness adjustments he probably also applied to at least some of them).

But people browsing photos on the web should understand that many photos have been edited to varying degrees before being displayed -- in fact, many are actually shot w/ the intention to be postprocessed in certain ways. It's all part of photography though most people don't realize this. 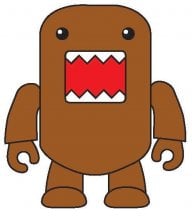 Review of the SD800 just posted on steves-digicams.com.

Damn! Circuit City had an online deal a couple of days ago on the SD800 that I missed. The camera + 1GB memory card for $320.

And gee, here I was all proud of myself for learning to take decent flashless pictures... and now the unwashed masses will be able to turn this delicate but rewarding exercise into a toughless one button act with this gizmo?

Now I know what it feels like to be John Rice.

Nah, I'm sure the face-recognition features is not fool-proof. Also, onboard flash, especially on a tiny cam, will never be as good as external flash on a more sophisticated camera. And the Canon approach on these tiny cams still won't yield natural looking photos that look evenly lit, eg. the background will still be too dark to look natural in low light situations.

If face recognition is desired, I'd probably go for the Fuji F30fd instead.

I think you meant the Fuji F31fd. Its product description page has a nice illustration of the value of face recognition. Not at all a gimmick as I first thought.

I would argue though that the F31 is a different camera than the SD800. One is a compact, and the other is a slim and light subcompact. What's nice about the SD800 is there are so many features and capabilities crammed into such a tiny thing. And it has 28 mm wide angle, pretty unusual for a subcompact.

Face recognition! Amazing. I can now do portraits. No more boring sunsets

Man-Fai, did you get my PM?

Scott, Staples is selling the SD800 this week for $352, and you get a free 1GB SD memory card (Edge brand). Not quite as good as your deal, but close.

Thanks, Hien, but I bought a SD800 (Christmas gift for my wife) last weekend at Circuit City at a good deal. The online price was $354, minus a 10% gift card and 2% ebates rebate. Total price ended up being $312 plus tax. I bought a Kingston 1GB SD card through newegg for $20 shipped.

Congratulations. I did the same thing, but with a 10% discount coupon (new Circuit City store opening) and no rebate. I am supposed to wait until Christmas to open it, but we might cheat a little

I can appreciate that.

I cheated and used my Christmas gift early -- a new lens for my Canon DSLR. In return, I gave my wife one of her gifts early -- a 15-inch LCD TV for her office/craft room. She doesn't know about the SD800 yet, so that will be a Christmas surprise.

We started our Christmas early. Today is the first day when everyone is home, and we opened the SD800. We are within 3 days of Christmas, and for us that's close enough

Haven't had a chance to play with it a lot, but it's a thing to behold. Shiny and beautful, and oh so light and small. Two things are noticeable right away: First, the 28mm wide angle, which captures surprisingly much more picture than my previous 35mm. Second, the face detection capability - the squares track the people, even when they move or the camera moves. It also works with pictures of people in magazines! The only time it hesitates is when people turn their heads sideways (partial sideways is OK, headphone wearing is OK, hat wearing is OK). We had so much fun playing hide-and-seek with the camera that we almost forgot to take pictures. Oh yeah...

What to do. I needed a pocket-sized for a Christmas gift for husbands travels, - and had narrowed to the Canon SD800 or the Fuji F30.

Stalled out on the purchase when I saw Face Recognition in the feature specs of the soon to be stocked, Fuji F31fd.
Tried to find it but no-where available for Christmas delivery only currenty listed as "backorder" at a couple of spots like Beach Camera.
Don't trust web purchasing cameras.
Shall wait till the new Fuji hits shelves then make the choice after I can check it out in person. If the Fuji had the 28mm on the wide end it would be a done deal sight unseen.

From what I have read, the F30 and F31fd are great cameras, but I have not been able to get my hands on them since none of the stores here I know carries them. I'd hate to buy a camera without being able to test it out. Also keep in mind that these cameras are somewhat larger (thicker) than the Canon SD800, and the SD800 is already on the larger end of the sub-compact range. It may not matter to everyone, but I don't think they qualify as "pocket" cameras.

As for online stores, there are definitely many questionable ones out there, especially if you have to go back to them for return or exchange. But there are exceptions, and I think B&H (http://www.bhphotovideo.com/) and www.adorama.com are among them. I have bought from them and would not hesitate doing so again.

B&H Photo is a very reliable online camera store. I have used them many times for cameras and lens purchases. For other sites, check reseller ratings for feedback before ordering. A good general rule of thumb, though, is if the price seems too good to be true, then beware.

My wife enjoyed using her new Canon SD800 over the holiday. I downloaded her photos last night to check out the results. Overall, picture quality was quite good -- all photos except one (I assume operator error on that one) were in sharp focus with nice, accurate colors. The red eye reduction feature, though, only seemed to work about half the time, so I still needed to correct that in Photoshop. The camera was set on automatic for all shots (which is how she'll be using it), so I cannot comment on results from the camera's manual mode.

I did change the image stabilization mode to "shoot only". When it was in the default "continuous" mode, the LCD screen image was too jerky.

Always nice to hear other purchaser’s experiences thank you for the web-store recommendations. Since the Fuji is 1.1, it is indeed on the ‘thick’ end, and I think he is attracted to the idea of extremely slim..

I was hoping if I brought one home, he would decide it fell into acceptably compact range since for frenquent lighting conditions in which he would use this unit I felt he needs the highly touted low light capabilities of the Fuji. I also spotted the review Holadem referenced regarding subpar performance in daylight shots by the Fuji, but read that a little tweaking could compensate. The F30 purchase was going to be a trial-run to see how convenient the menu setup was to make adjustments needed (he would be happier with a set & forget it for this usage) or if would involve a shot missing number of steps to get an optimum product in daylight.

I believe I read that Fuji was changing the althorigram (sp?) for the F31fd, wish I had time to see reviewers’ bench testing published on the new model as regards any improvements it gains for daylight shots. Since I still need this purchase fairly quickly, depending on his upcoming schedules, - I may end up forced into another readily available choice. There was also another Cannon I believe a 600, (I would have to pull out all my research which I put away after the Christmas window closed) – but was hoping the Fuji model would in a week or so to show up at B&M’s. Before Christmas I called Fuji for help finding a F31, they stated it had indeed just launched and should be available, sent me to their supplier for Wolf, - but it did not appear 'in-stock' at the time.
You must log in or register to reply here.
Share:
Facebook Twitter Reddit Pinterest Tumblr WhatsApp Email Link