Forum List What's new Dark Style Change width
Log in Register
What's new Search
Menu
Log in
Register
Navigation
Install the app
More options
Dark Style
Close Menu
Posted on July 8, 2018 by Robert Harris
You are using an out of date browser. It may not display this or other websites correctly.
You should upgrade or use an alternative browser.
For Newman collectors, this is essential. 4 Stars

No doubt about it.

The Life and Times of Judge Roy Bean, director John Huston’s 1972 paean to the old west, will not be to everyone’s liking.

But for those willing to take a shot, there’s a bit of gold therein.

It’s a Warner Archive release, so you know its superb.

For those unaware, you’ll note a First Artists logo, attached to the National General release.

Formed in 1969, and with a terrific logo that turned into profiles of the four talents involved – Paul Newman, Sidney Poitier, Barbra Streisand and Steve McQueen – the group was a production subsidiary of WB, and from 1972 to 1980 was the force behind 19 films, each featuring one of the owners.

Life and Times was the second, following Pocket Money (1972) and followed by Up the Sandbox.

For Newman collectors, this is essential.

Yes, I remember when First Artists was initially formed, and I thought the 1970s had their own band of "united artists" just like Pickford, Fairbanks, Griffith, and Chaplin did in the 1920s. Seems like Dustin Hoffman joined the fold sometime later, or did I dream that?

Excellent. And it totally works for me, one of the best westerns of the seventies, & even a tired old cynic like me gets a bit misty-eyed at the end.

I already sold my old DVD in anticipation of this release... and for Lily Lantry.

Billy Batson said:
Excellent. And it totally works for me, one of the best westerns of the seventies, & even a tired old cynic like me gets a bit misty-eyed at the end.

Sung by the great Andy Williams.

I'm a big Paul Newman and westerns fan, but I never cared for this film.

For those interested, Amazon is now selling this title for $17.97!

Cool. The DVD was only okay. A rather shaggy dog of a movie, but I really like it. There's a great deal of switching in tone (I don't know what Milius' original screenplay was like, but I imagine Huston made it his own.) Paul Newman is great in this, as is the supporting cast. For the record, I totally dislike the song "Marmalade, Molasses, and Honey" - it is only there because of the success of "Raindrops . . . " in "Butch Cassidy" - but visuals are okay.

Stacy Keach is the best part of this film, for me. His scenes as Bad Bob steal the show.
You must log in or register to reply here. 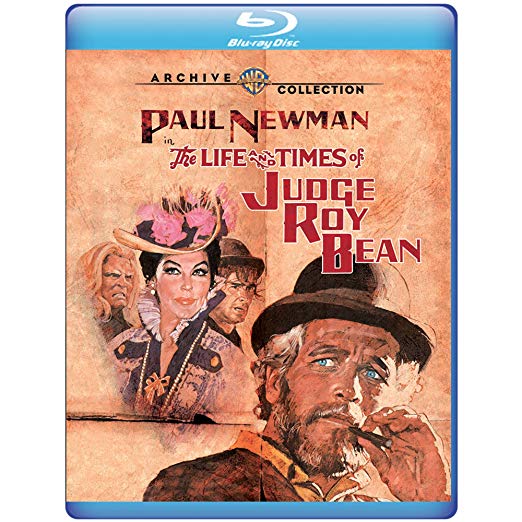