There are rumors that the same casting agency that gathered the little people for The Wizard of Oz, was hired to bring together every gay, or able to play gay, actor in the continental United States, for the epic musical, Can’t Stop the Music, directed by Nancy Walker.

The diminutive actress of M-G-M musical, Broadway and TV fame.

It has been said, that Steve Guttenberg, Tammy Grimes, Barbara Rush, Jack Weston, Leigh Taylor-Young, and Paula Trueman (as the stick-up lady), were never better, before or after.

June Havoc, ie. Baby June, of Let Me Entertain You fame, is the icing on the cake.

Bruce Jenner, in a break-out performance, steals the show.

Along with Valerie Perrine, swimming topless along with the aforementioned Village People.

Imagery is far better than necessary for government contract work, and audio is booming.

I just wish it were a better film.

What we do get, is the perfect record of New York City in 1980, and what could be better than that?

All courtesy of Shout Factory.

I’m not certain if this was meant to be a concert event.

It opened at the Ziegfeld in NY.

Did I mention that I wish it were a better film?

On a side note, the film explains how the Village People were actually formed, as a group.

Apparently, they were each discovered around Manhattan.

For an evening of ’80s kitsch, or what have you, pick up a copy.

If you love Singin’ in the Rain, Casablanca, The Thin Man and War & Peace, you’ll love Can’t Stop the Music!

Upgrade from DVD – Why not? 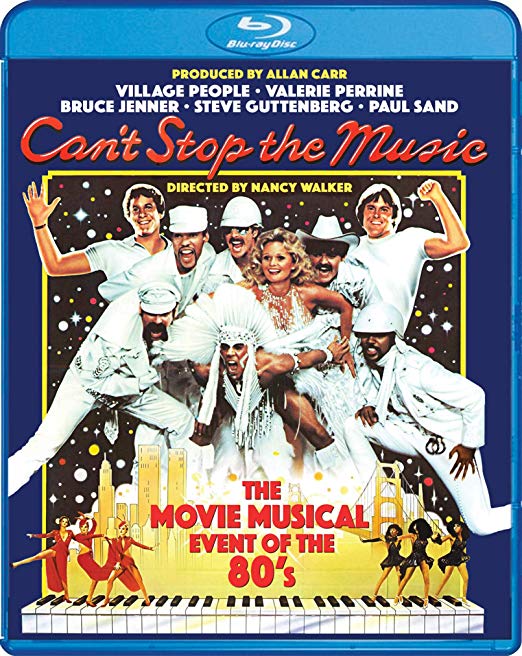