Posted on March 4, 2018 by Kevin Collins
Bottom line. For anyone considering purchasing the Blu-ray. I suggest against it. Go for future proofing, with 4k. 4 Stars

Fox is doing a superb job with their 4k UHD releases, and this one fooled me.

Finished as a 2k DI, TBOE,M, at least to my eye, looks like true 4k. And that speaks volumes about Ben Davis’ cinematography.

Details are so meticulously presented — and I’m referring to dashboard instrumentation inside vehicles at night, as shot from outside in a MS, and leaves on trees — that I’m inclined to disbelieve what’s published on line.

I don’t have to relate the information that this a superb film, with spectacular performances, as that point has already been made.

Written and directed by Martin McDonagh, TBOE,M is extremely dark, with touches of character-driven humor. It’s a wonderfully multi-layered work, that almost seems like a Coen production, although I’m unable to come up with any direct connection.

Beyond anything that I’ve thus far seen in any uprez.

It’s a film that deserves to be seen large, especially in 4k.

As an aside, and oriented toward those with a predilection for slipcovers…

I normally find them a waste of paper, and add to our planetary waste cycles.

But this one is beautifully designed, in its own way, a tiny work of art, and worth retaining.

Bottom line. For anyone considering purchasing the Blu-ray. I suggest against it. Go for future proofing, with 4k. 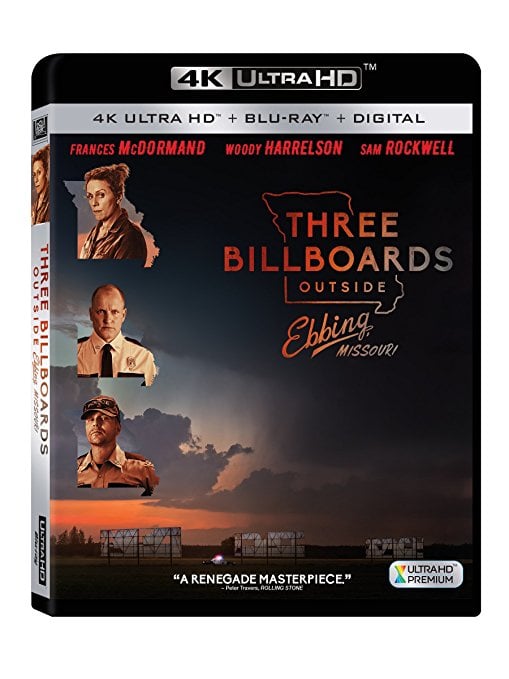