Following the death of their matriarch, we find the Graham family both emotionally and physically isolated. Mother Annie (Toni Collette) recedes into her artistic passion, the creation of miniature dioramas that depict deeply personal perspectives. Son Peter (Alex Wolfe) uses pot to dull his mind and to pick up girls. Daughter Charlie (Newcomer Milly Shapiro) is ostracized because of her looks and quirks. And father Steve (Gabrielle Byrne) seems to retreat into his reading and professional studies. 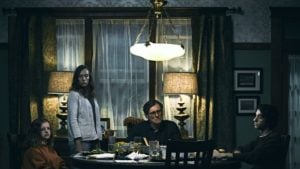 Annie reflects on the troubles the family has endured during her mother Ellen’s eulogy. Many of the mourners are strangers, and Ellen had private rituals and grievances. The family had been estranged, but reunited after Charlie’s birth and as Ellen got terminally sick. Annie lies to her family about going out to the movies, when she is actually turning to grief support groups in order to cope with her anger and loss.

As the family moves on, elements from the past resurface, calling Annie and the children’s sanity into question. But is it really their grasp on reality that is slipping or is something more sinister in their genes?

It’s going to be near impossible to fully review Hereditary in detail without talking about major spoilers that occur about a half hour in and the sequence that fills the final 20 minutes, but I’ll do my best.  I had heard many impressions of the theatrical release that generally fell into two camps: “This is the dumbest movie I have ever seen” vice “This is the scariest movie I have ever seen”.  Having seen the UHD twice now, first with my parents on a generic 1080p / stereo room and then again in my 4k projection and HDR theater with full complement of sub and speakers, I disagree with both assessments.

Hereditary is not a dumb movie, but its pacing works strongly against it.  The performance by Collette is award worthy.  Wolfe and Shapiro are equally creepy.  But creepy does not sustain interest for 2 hours.  And I found Byrne’s milquetoast skeptic unbelievable and unsympathetic. 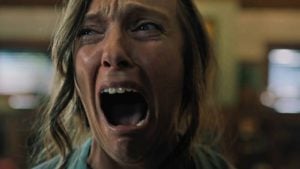 Despite a half dozen jump scares, I didn’t find Hereditary scary overall.  There IS a palpable sense of underlying dread and a number of shocks that cement it firmly in the horror genre.  The dragged-out plot, a lack of a hero worth rooting for, and a litany of obvious clues just had us ready for the whole thing to end, just as it started getting interesting. Add on top of that the confusion about just what is passed down through the family (mental health or something more strange), plus things that are left unexplained even after the finale, left us sour on the whole thing.

There’s a really strong horror film in there somewhere, but it needs about 20 minutes trimmed out to find it.

Per our own RAH: “Shot on an Alexa Mini, and finished as a 2k DI, the new 4k Blu-ray from Lionsgate, represents this film as dark, with occasionally fully lacking mid-tones, and deep shadows.”  I agree with his assessment on the color tone, it’s a very dark film.  On my parent’s un-calibrated panel we saw a lot more of the creepy stuff in the dark corners than I was able to see on my calibrated PJ.  Including more detail on some naughty bits =) 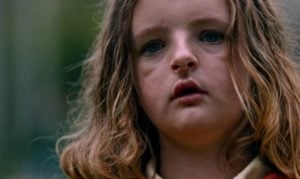 One area I had no complaint about was the amount of detail found in the areas in focus.  Close ups on faces resolve pores and individual hairs, down to Charlie’s own eye lines.  I have no issue with 2K DIs on UHD and am not afraid to say so.  HDR color timing is way more important than pure resolution, even at 120″.  Hereditary does carry a Dolby Vision encode I will eventually check out on my OLED, but my two viewings were first in SDR and then in HDR10, and both delivered exactly the shadowy look the film promised.

I loved the musical score while watching in stereo, but listening to the DTS-HD Master Audio 5.1 really showed the level of detail that was present in the creepy sound effects.  Charlie’s clucks whisper in your ear in just the right direction that I jumped at their presence where I just laughed it off in stereo.

Special shout-out to Colin Stetson’s creepy and mystical soundtrack.  Especially the mind-bending ‘Reborn’ track at the end.  I’m definitely adding that track and a few others to my collection!  It’s got the biggest sound stage of the whole movie and really grabs your attention when it hits.

Another big shout out to the atmospheric audio cues.  From bugs to industrial background noise, it’s often in the small audio bits coming from the rears that really hint at the changeups in action before they hit.  There’s often a palpably-unnerving hum, and it’s quite effective!

Not much to report here. There’s a short featurette called Cursed that doesn’t really give any more of the details about what the ending ‘means’, which it’s billed as doing.  It does give some quality time interviewing the kids and Collette, plus brief insights from Writer/Director Ari Aster.

Besides that there is a handful of wisely deleted scenes.  These all appear to be from the first hour, which would have prolonged the pain of  the over long cut.  Finally there are some detailed shots of the diorama models that feature in the film.

I really wanted to like Hereditary but only found much to bite on in the final 20 minutes.  I’ve gotta give props to the highlight of this release, which is found in the creepy sound effects and sharp score by Stetson.  I recommend being prepared for a slow boil that unwraps as the characters do, plunging into horror rather than big scares.  There’s two great performances buried in here too, by Collette and Sheridan.

The question I have most tho is: might there be anything that could develop, sequel wise?  There’s a nugget of something in that conclusion that could be really interesting to explore.  If that happens, sign me up!  At least if they put out something that moves along at a bit quicker pace. 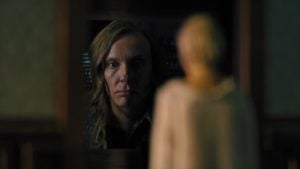 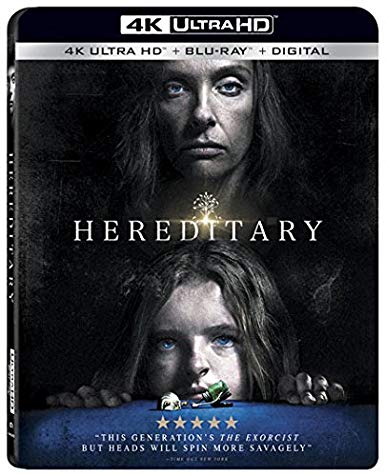