What can I say?  I love 3D!  From the moment I began watching 3D content in my home I quickly discovered that I needed more content.  I suspect that those of you just purchasing your first 3D hardware will acquire the same ferocious appetite.  That's why I became the HTF 3D ADDICT.  I personally love images that pop off the screen and come inches away from your face without becoming overly gimmicky.  However, I certainly appreciate the nature documentaries that offer beautiful depth and separation.  These are not necessarily reviews of the film themselves.  I am not going to concentrate on story or supplements -- you can find the 2D reviews elsewhere on this forum.  My job is to let you know exactly what kind of 3D experience to expect from the titles that are being released.   As I will be receiving a handful of new product from the studios expect to see more title coverage.


A Hi-Voltage 3D Spectacle!  One of the best!

A year ago, I was one of the few people online recommending

my reviews.  These days, there are so many new titles in

watch and review.   Let me just say up front that Madagascar 3

Europe's Most Wanted was not on my list.  We had not received

a screener from the studio, and based on reviews I had read

during the theatrical release, there seemed to be somewhat of

a negative "buzz" about this film.

release in their homes that urged me to purchase and watch

this film.  Having just completed doing so, I find myself filled

with an immense amount of excitement for what I have just

seen and what I am about to write.


So, let me say up front that this is the first Madagascar film

I have actually brought myself to watch.  Fortunately, it's rather

easy to become acquainted with the story and its characters

having no prior knowledge of the films that preceded this.

Melman the Giraffe (David Schwimmer) and Gloria the Hippo

(Jada Pinkett Smith) are trying to find their way home to

the Big Apple.  Traveling through Europe and being chased

while hiding out with a troupe of Circus performers.

What I found to be the absolute achievement of this film

is that it manages to entertain with the most minimal storyline.

For its entire 93 minute run, Madagascar 3 is nothing more

than a high-voltage blur of slapstick and silliness. Take all

that and add a barrage of effects that are constantly being

catapulted toward the audience.  Instead of trying to figure it

all out, I just appreciated the fact that I was able to sit through

this movie with such a huge smile on my face.

and spectacular vibrant, neon-colored imagery that is completely

unrestrained through the ultra-sharp hi-def transfer.  Even wearing

eyewear, I never felt that what I was watching was compromised

in any way.   The film looks gorgeously pristine and for the moment,

As for the 3D, well, here is where this disc elevates itself to

an entirely new level.  For those of you who enjoy 3D in your

face, be prepared to watch a feature-length's worth of pop-out.

From beginning to finish, Madagascar 3 is all about effects that

float before the viewer's face including feathers, fireworks, flying

fish and bananas (to name just a few).  Even when the props take

a break, we still get treated to a giraffe's mouth, a hippo's nose

or an elephant trunk poking itself forward. Never once does the

viewer lose sense of the dimensionality.


The animators have created a wonderful sense of depth and

then explore it from as many angles as possible.  One of my

favorite moments is watching Stefano the Seal hanging from

on a cliffside after a cannonball stint that goes horribly wrong.

As the camera looks straight down the side of the cliff, you get

a spectacular sense of the character's fear of being so high up.

However, the most memorable sequence in the film involves a

high-speed chase across the streets of Monte Carlo, which

translated in 3D in an array of angles, is so frantic and dizzying

that you almost feel your heart pounding once its all over.


I found ghosting to be only a minor issue. It was visible in

only a few random seconds of character outlines.  Certainly

not a huge concern in the scope of things.

Sound does not disappoint either.  The film's lossless Dolby

TrueHD 7.1 soundtrack downconverted to 5.1 on my system,

did an excellent job of immersing me in the action.  The sound

across the entire soundscape.  Rarely a moment where you

didn't hear something "whirring" or "whooshing" past you, and

the film's more climatic sequences get deep LFE support.  All of

these elements are presented to the viewer with spectacular


Madagascar 3 Europe's Most Wanted arrives as a 3-Disc

that I will not be going into in this review.  The 3D Blu-ray

includes a 3D trailer of Rise of the Guardians.

managed to twist my arm and persuade me into purchasing this

3D Blu-ray.  Thanks to them, I have discovered what I feel presently

ranks as one of the all-time best animated 3D titles available. In

fact, Madagascar 3 Europe's Most Wanted has managed to

topple Megamind and Despicable Me from their long-standing

top-ranking positions.  That says much about just how sensational

the film's 3D experience is.


At the time of posting this review, Amazon is selling this brand-new

release for just under $20.  That's an amazing price for this package,

making a purchase. As of today, Madagascar 3 has become the top

I knew you were going to like this movie. I find my self wondering what the storyboard sessions were like. They must have had a gas coming up with all the 3D opportunities.

Ron,
Glad you enjoyed it! You were literally the first person I thought of when I saw this disc. Strangely, even as a pop-out agnostic viewer I really enjoyed it. 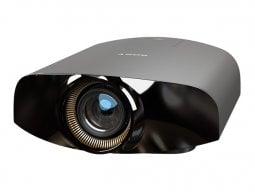 This was truly outstanding for 3D. I can't imagine watching it in 2D ever. I plan on watching it again when D-Box releases the motion codes for it. It will be demo material for sure.

Glad you liked it, Ron! I went into this film with zero expectations and I have to say I was blown away by the 3D experience. The creative team somehow managed to take the slimmest of story lines and turn it into a fast-paced, dazzling piece of 3D eye candy. Like you, I have not seen the earlier films, but there is no need. This flick is all about the 3D, and that's really all anyone needs to know. Thanks for the review and a strong recommendation that will hopefully steer other enthusiasts in the direction of this demo quality Blu-ray. Well done! 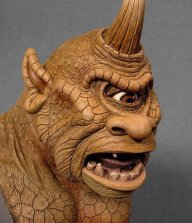 I picked this one up, put it on very late one night last week, watched it, and then immediately watched it a second time. It is the new pop-out champion by far! (And given SAMMY'S ADVENTURES, that is saying something.)
My only disagreement with Ron is that in my book this 3D Blu-ray should be ranked as #1. AVATAR is of course amazing, but this one beats it.

I have been rather bullish about pulling AVATAR down from the top spot.

I still have to see SAMMY'S ADVENTURES. It is due here any day now.

That may change the entire scope of the list.

IMHO SAMMY'S ADVENTURES still beats Avatar and Madagascar 3 Europe's Most Wanted for creative use of depth, and in your face 3D.

Reed Grele said:
IMHO SAMMY'S ADVENTURES still beats Avatar and Madagascar 3 Europe's Most Wanted for creative use of depth, and in your face 3D.
Click to expand...

Let's face it, there's no point in going to the mat on these three. They are all terrific 3D Blu-rays. And I can understand Ron's keeping AVATAR in the #1 spot. After all, if not for AVATAR, I highly doubt we'd be enjoying home theater 3D at all.
Reed, "a long time ago, in a galaxy far, far away..." I bought a CAV Laserdisc of THE EMPIRE STRIKES BACK from you. Long time no hear!

I'm curious. Did anybody else think that Captain DuBois looked like Helena Bonham Carter? Or that the zoo curator who spoke close to the end of the movie looked like Dan Aykroyd? Of course, neither Carter nor Aykroyd did the voice work.

Yeah, I get that. In a cartoony, unflattering way.

So glad you liked it Ron.

Watched it last night. Very enjoyable film with the kind of 3D that you see at a Disney World attraction except better and longer.
You must log in or register to reply here.