Unfortunately, I had a feeling this news would be coming. He recurred on ABC's "The Middle" as the father of Patricia Heaton's character, but he hasn't made an appearance since his car accident two years ago.

Here is a picture from his last TV appearance with Dick on The Middle. 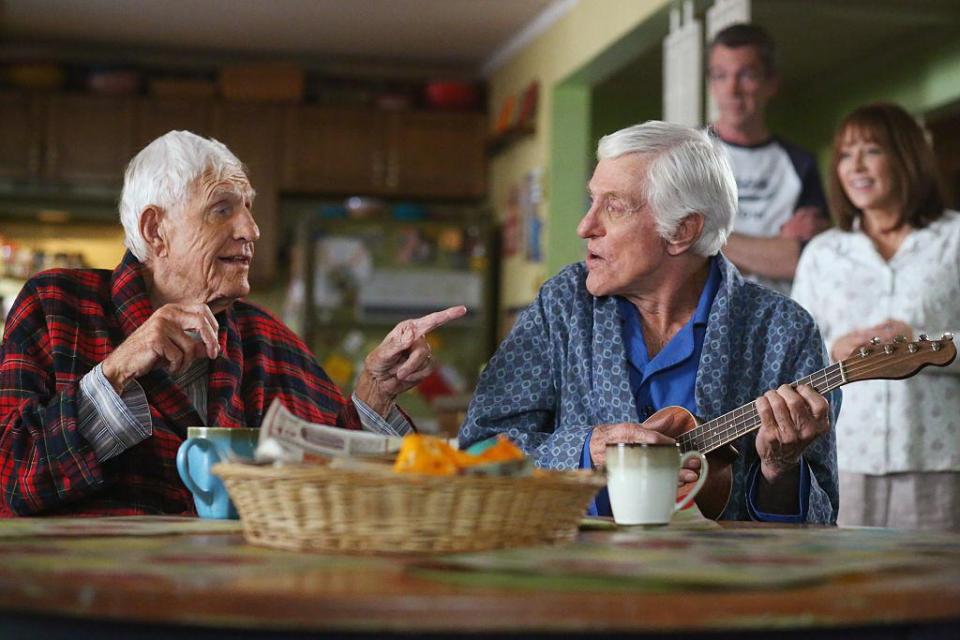 I will remember him as assistant to Coach Hayden Fox.

Was it the same character he played on TAGS? The guy who wasn’t good at anything? Well, now that I think about it, probably not, since that character was pretty bad at playing guitar.

IIRC, he turned down the role of Gilligan to do My Mother The Car.

Honestly, I think that turned out to be bad in the short term, but good for his career in the long run when you consider how Bob Denver was typecast for the rest of his career.

Greg_S_H said:
Was it the same character he played on TAGS? The guy who wasn’t good at anything? Well, now that I think about it, probably not, since that character was pretty bad at playing guitar.
Click to expand...

Which was an odd characterization, given that Jerry seemingly always appeared with a string instrument of some sort in the Television and Cinematic appearances of his youth. They were pretty much a package deal!

I didn't realize that Jerry had been in a car accident awhile back. Could it be that Adam was thinking of older brother Dick's auto accident that I do recall reading about a few years back? I did rather enjoy their joint appearance on THE MIDDLE episode, as I do that Family Sitcom, in general!

Jerry Van Dyke's passing is very sad news, indeed! However, I can't help but think of the joy he brought to many with his endearing style of comedy, and that does bring a smile! I also can't help but picture Jerry with Banjo in hand, pleading his case at the Pearly Gates in his inimitable stuttery and clumsy, but endearing style! May he Rest in Peace!

He was so good in "Palm Springs Weekend"

The pilot for "My Mother The Car"

Many thanks for that. I remember seeing it when telecast and never saw it again until now.

For me, it's Coach. I'll always remember him as the assistant coach on that, and he was great in that role
You must log in or register to reply here.