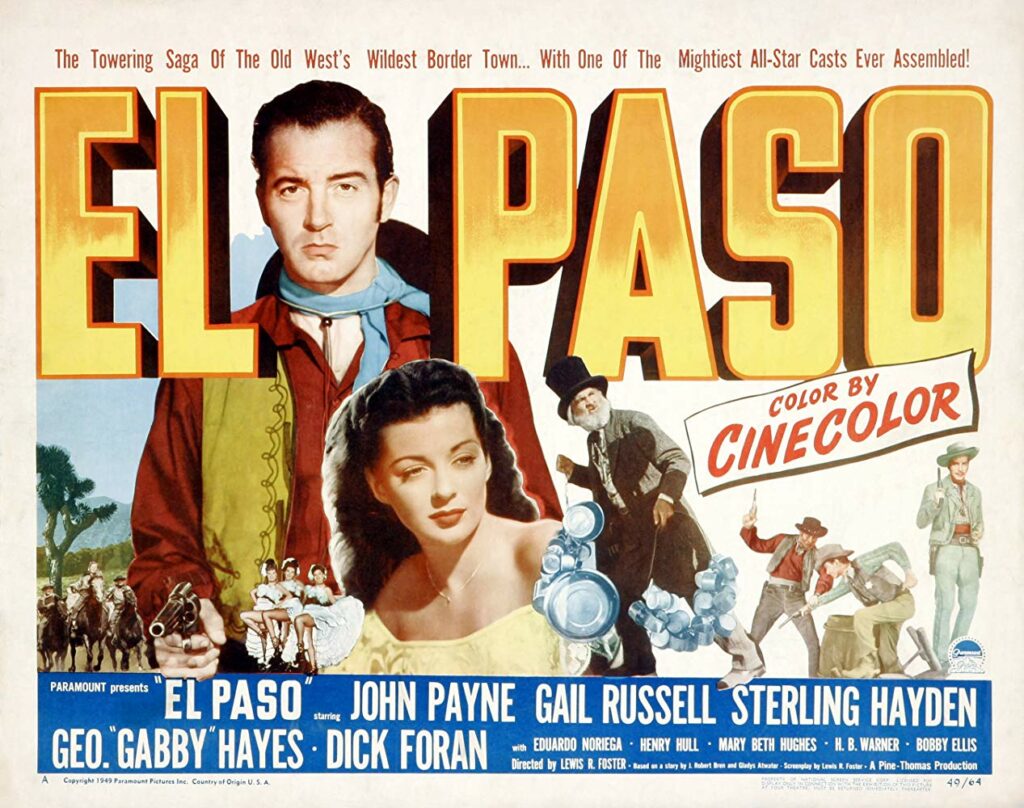 I just finished reading the reviews of 3 separate BD releases;
"The True Story of Jesse James", "A Man Called Peter" and this one of "El Paso";
and all, as it turned out, ended up being penned by Mr. Steinberg.
Nice work and always good guidance.
Thanks for putting in the time, Josh
Last edited: Feb 8, 2019

Thanks - I’m a sucker for these vintage westerns. I can tell that objectively they’re not perfect films, but I get perfect enjoyment out of them.

I watched this today and it was my first viewing of this movie. I thought it was mediocre at best. On my OLED, I thought the video presentation was mediocre too. Perhaps, I'm being a little harsh, but I just wasn't impressed with this movie nor the BD. I don't know, it was a "B" western to me, but "Tall in the Saddle" or "Angel and the Badman" were "B" westerns too, but both films are much better than this movie. I might revisit it again with the audio commentary which might help me appreciate this film more than I do now.

I think these two-color Cinecolor features have such a unique look to them, and with the process almost forgotten by today's audience, it's totally possible that my enthusiasm for having them might result in what you could consider "grading on a curve."

The movie felt a little stuck between the realms of "A" and "B" pictures - I think its makers were trying to put together an "A" picture after a career working exclusively with "B" pictures, and that ambition doesn't necessarily do the film any favors. I think John Payne is good in it, I always enjoy George "Gabby" Hayes, it's nice to see Sterling Hayden, but I also think it might have worked better if they had been a little less ambitious and produced a leaner film.

As far as the two color process goes, I've been more impressed with some earlier releases from Kino, but this wasn't wholly without merit for me. I don't think you're being overly harsh, though; I can't disagree with anything you've written.

IMO, the film should have been about 10-13 minutes shorter.

Robert Crawford said:
I watched this today and it was my first viewing of this movie. I thought it was mediocre at best. On my OLED, I thought the video presentation was mediocre too. Perhaps, I'm being a little harsh, but I just wasn't impressed with this movie nor the BD. . .
Click to expand...

You're not being too harsh. You're being pretty lenient! I was disappointed with both the film and the presentation.
You must log in or register to reply here.