Forum List What's new Dark Style Change width
Log in Register
What's new Search
Menu
Log in
Register
Navigation
Install the app
More options
Dark Style
Close Menu
Posted on January 30, 2019 by Josh Steinberg
You are using an out of date browser. It may not display this or other websites correctly.
You should upgrade or use an alternative browser.

The 1949 film El Paso is something more than a B-picture and perhaps something less than an A-picture. While the film’s plotting is occasionally more complex than its story demands, it boasts a likable lead performance from John Payne, and the film’s original two-color palette has been gorgeously rendered on disc.

Made by Pine-Thomas Productions at Paramount Pictures, El Paso was the fabled B-picture unit’s first big budget attempt at storytelling. After all of their previous low budget action b-movies proved successful, they were entrusted with a larger budget, and El Paso proved that the producers could merge their winning formulas with larger scale filmmaking, while growing their audience. The film straddles both worlds, usually with grace but not without the occasional clunky moment, combining the straightforward appeal of clear cut characters and moral clarity with the appeal of colorful western scenery. Though the film wasn’t a massive hit, it more than made back its money, and was the beginning of a long collaboration between producers Pine-Thomas and actor John Payne.

Following the end of the Civil War, former rebel officer Clay Fletcher (Payne) is ready to head out west, looking to restart his law practice. Looking for a simple assignment, he unexpectedly finds himself in a complicated situation when he arrives in El Paso and discovers the town’s crooked justice system. The town is controlled by a wealthy landowner (Sterling Hayden, always good) and a crooked sheriff (Dick Foran), who maintain order by keeping the town’s judge (Henry Hull) too drunk to follow the law. After witnessing more injustice than he can stand, Clay comes up with a plan to sober up the judge. With Clay’s friend (George “Gabby” Hays, delightful as always) keeping the judge out of the picture, the sheriff starts directing his ire at Clay, setting up a final confrontation between the crusading lawyer and the crooked officials.

The film’s production values and cast are among the highlights here. The performers are all well-cast and perform admirably. The Cinecolor process gives the film a more expansive look, emphasizing the location work. Director Lewis R. Foster makes effective use of all. But the film’s script seems needlessly complicated at times. Individual scenes and sequences play out well, but the pacing starts to drag as the film’s ending starts seeming further and further away. On the whole, though, there’s a lot to like here.

El Paso is presented in its original aspect ratio of 1.37:1, from a new master based on a 4K scan of the original 2-color negative and separation masters. The color is beautifully rendered, giving the film a unique, almost pastel quality. The picture is always steady, and has some good detail. However, there are some portions of the film with more obvious damage and wear, manifesting as a series of small short scratches that remain static on top of the frame as well as longer vertical scratches that jump around the frame. The impact of this damage is less obvious when viewed on smaller and medium-sized screens, but become more apparent in projection. With that said, there’s never any difficulty in discerning the on-screen action, and the majority of the film looks great. About 80% of the film would rate a 4.25, while about 10% would merit a 3.5, and the other 10% about a 2.5. It’s not perfect, but the good far outweighs the bad. This is a very enjoyable transfer that brings the film to life.

The film’s monaural audio is presented in the lossless DTS-HD MA 2.0 format, which is decoded into the receiver’s center channel. The sound is reasonably clear and clean, with dialogue easy to discern in the mix. The track does seem to be a bit lacking in dynamic range, but this seems appropriate to the period that the film was made and not a fault of the transfer.

Audio Commentary by Film Historian Toby Roan – Roan is an energetic, engaging voice, enthusiastically recounting the film’s production history and placing it within the context of its time.

Reversible Cover Art – The disc’s insert can be reversed to display an alternate cover illustration.

El Paso is an enjoyable western film which straddles the line between B-picture and A-picture. While the plotting is the film’s weakest area, the use of the Cinecolor process combined with a likable leading performance and nice location photography help balance that out. Kino’s very good technical presentation is complemented by an above average audio commentary that’s almost as fun as the film itself.

I just finished reading the reviews of 3 separate BD releases;
"The True Story of Jesse James", "A Man Called Peter" and this one of "El Paso";
and all, as it turned out, ended up being penned by Mr. Steinberg.
Nice work and always good guidance.
Thanks for putting in the time, Josh
Last edited: Feb 8, 2019

Thanks - I’m a sucker for these vintage westerns. I can tell that objectively they’re not perfect films, but I get perfect enjoyment out of them.

I watched this today and it was my first viewing of this movie. I thought it was mediocre at best. On my OLED, I thought the video presentation was mediocre too. Perhaps, I'm being a little harsh, but I just wasn't impressed with this movie nor the BD. I don't know, it was a "B" western to me, but "Tall in the Saddle" or "Angel and the Badman" were "B" westerns too, but both films are much better than this movie. I might revisit it again with the audio commentary which might help me appreciate this film more than I do now.

I think these two-color Cinecolor features have such a unique look to them, and with the process almost forgotten by today's audience, it's totally possible that my enthusiasm for having them might result in what you could consider "grading on a curve."

The movie felt a little stuck between the realms of "A" and "B" pictures - I think its makers were trying to put together an "A" picture after a career working exclusively with "B" pictures, and that ambition doesn't necessarily do the film any favors. I think John Payne is good in it, I always enjoy George "Gabby" Hayes, it's nice to see Sterling Hayden, but I also think it might have worked better if they had been a little less ambitious and produced a leaner film.

As far as the two color process goes, I've been more impressed with some earlier releases from Kino, but this wasn't wholly without merit for me. I don't think you're being overly harsh, though; I can't disagree with anything you've written.

IMO, the film should have been about 10-13 minutes shorter.

Robert Crawford said:
I watched this today and it was my first viewing of this movie. I thought it was mediocre at best. On my OLED, I thought the video presentation was mediocre too. Perhaps, I'm being a little harsh, but I just wasn't impressed with this movie nor the BD. . .
Click to expand...

You're not being too harsh. You're being pretty lenient! I was disappointed with both the film and the presentation.
You must log in or register to reply here. 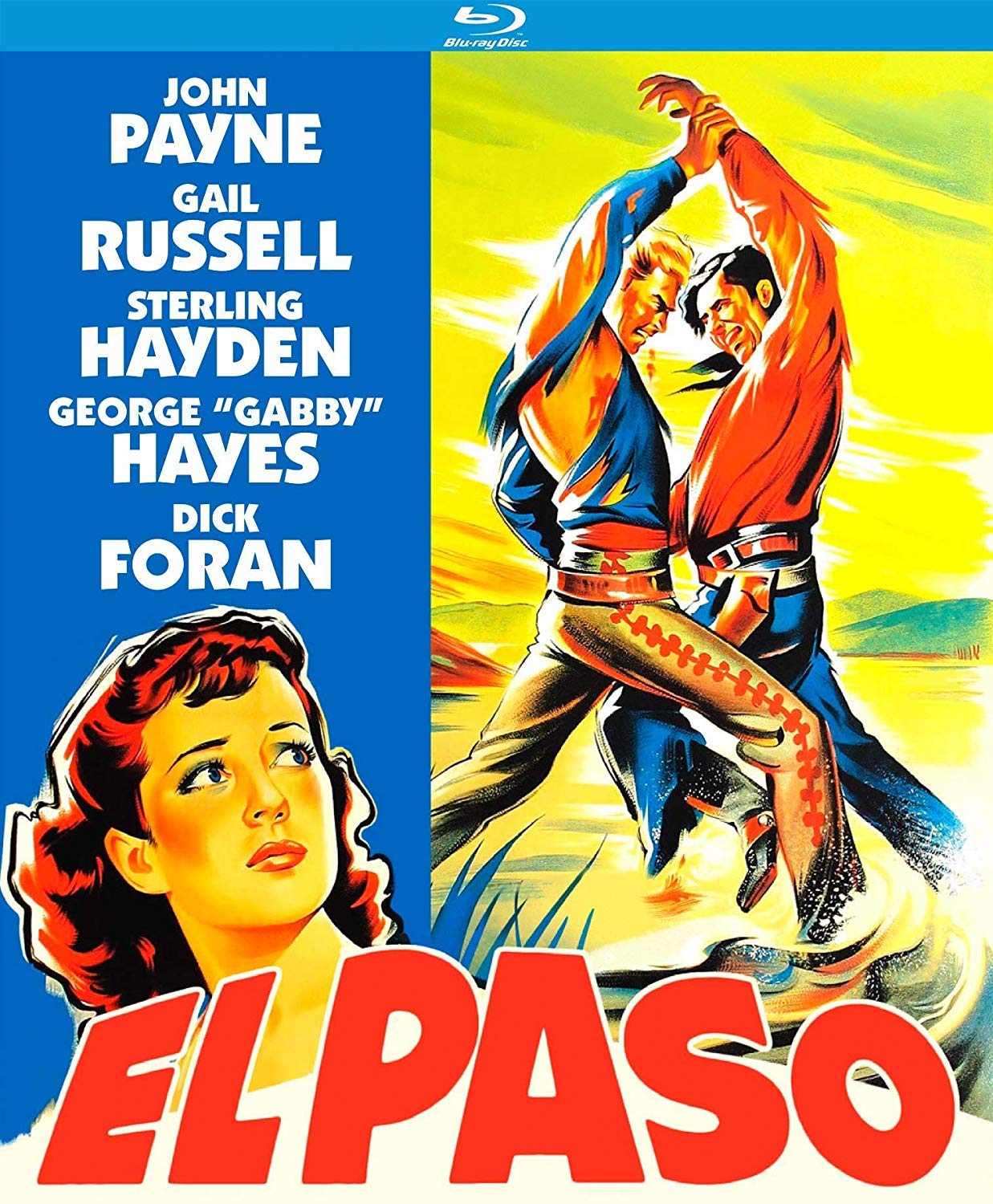