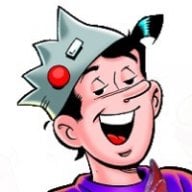 I've noticed these past few years that Devlin & Emmerich haven't made a movie together since (I think) 1998's "Godzilla". Did they have a falling out? Or are they still friends and decided to go their separate ways?
N

When news of Devlin's plans for STARGATE sequels broke, Devlin pointed out that Emmerich wants to be first in line to direct it. As far as I know, they just parted ways professionally- no falling out, with Emmerich continuing on with his Centropolis production company, and Devlin forming the new Electric Entertainment, responsible for "Who Killed The Electric Car?".

Although they are pretty much hated by most moviegoers and critics, I've throughly enjoyed most of their films - ID4 is an all-time favorite of mine, I enjoy STARGATE, but not the unrelated TV series, GODZILLA wasn't the greatest thing, but was still harmless fun, THE PATRIOT was a big departure for them, and I haven't seen EIGHT LEGGED FREAKS, which they produced only.
I still miss their FOX series THE VISITOR.

At the height of their fame, they maintained that "Popcorn" movies were their passion, and I was more than happy to sit back and have fun with their films.

Plus, they gave composer David Arnold his big break with three of their films (Stargate, ID4 and Godzilla, plus "The Visitor" TV series), and that also puts them in the plus category with me.

Devlin actually spoke to a small group at my university a few months ago (I attended), and he did mention that the split was amicable. He's spun off and doing his own thing with his own production company.
You must log in or register to reply here.
Share:
Facebook Twitter Reddit Pinterest Tumblr WhatsApp Email Link