If you’re a VIZIO TV owner, or thinking of becoming one, at the 12th annual Stevie Awards for Sales & Customer Service, the company scooped in 18 awards in various categories, and was placed fourth overall in a competition of 180 participating companies. For this high placement in the rankings, it received one of the coveted Grand Stevie Awards, of which only 10 are issued. 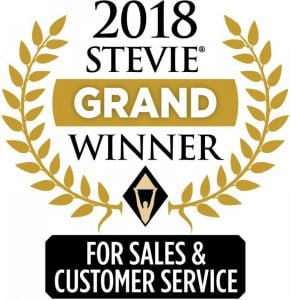 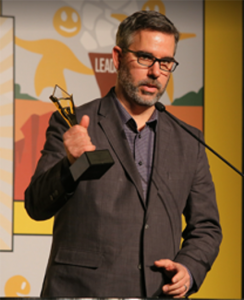 VIZIO’s Sr. VP of Operations and Technical Support, Scott Patten, accepting one of the 18 Stevie Awards for customer service excellence at the 12th annual event in Las Vegas, NV.

The company’s accolades included four gold, nine silver and four bronze medals, bringing the total to 18 this year alone, and a whopping 81 since 2012. The awards were presented to more than 600 nominated customer service and sales executives from around the world during a gala banquet on Friday, February 23rd at Caesars Palace in Las Vegas.

“Among VIZIO’s gold medals this year is the award for Customer Service Department of the Year,” stated Scott Patten, Sr. Vice President of Operations & Technical Support, VIZIO. “An enormous part of our success is the teamwork and support in place across all departments at VIZIO. Each individual and team plays a vital role in ensuring consistent and superior customer satisfaction with our customers. We are blessed to have a group of support professionals who genuinely care about providing Customer Service Excellence to our 70 million-plus customers.

The Stevie Awards are the world’s premier business awards. They were created in 2002 to honor and generate public recognition of the achievement and positive contributions of organizations and working professionals worldwide. In short, the Stevie has become one of the world’s most coveted prizes. More than 2,500 nominations from organizations of all sizes and virtually every industry were evaluated in this year’s competition. Finalists were determined from the average scores of more than 150 professionals worldwide in seven specialized judging committees. Entries were considered in 89 categories for customer service and contact center achievements including: Contact Center of the Year, Award for Innovation in Customer Service, and Customer Service Department of the Year.

Customer service and quick problem resolution should always be a consideration for home theater and tech consumers. If you’ve had good experiences with VIZIO, share some of your stories here with other members. 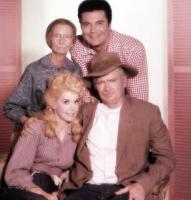 That's awesome. I always thought of them as a cheapo, WalMart brand. I guess I'm entitled to be wrong now and again!
Reactions: Martin Dew

I was impressed with Vizio's support on the M70-D3 4K display I purchased in December 2016. Vizio was continually issuing firmware upgrades, not only for bug fixes but also for enhancements. After one such upgrade which required a new remote control to take advantage of the new features, Vizio offered a new remote control for free -- including shipping -- to anyone who requested it. I sent in my request online, and not only had a new remote control a week later, but Vizio also automatically pushed out the new update to my device during that week (I had to supply the serial number of my device to request the new remote).

While the remote control cost the company little money, I was still impressed with how Vizio handled everything.
Reactions: Martin Dew 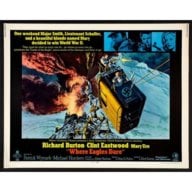 My first Vizio was a 720p 37" model for my bedroon from 2007 when they were only sold at Walmart and Sams Club. That TV is still going strong in my sons bedroom.

I just bought a 50" M series 4k TV after comparing numerous reviews vs Samsung and Sony, and comparing live side-by-side. For the money ($579 at Best Buy, vs $900 for the Sony and $625 for the Samsung), the Vizio is every bit as good or better IMO. Coming from a Panny plasma, I was prepared to be disappointed, and the LED viewing angle issue does give me angst vs the old plasma, but I've been pleasantly surprised. Haven't had to use customer service yet, other than the expected firmware updates.
Reactions: Martin Dew

atfree said:
My first Vizio was a 720p 37" model for my bedroon from 2007 when they were only sold at Walmart and Sams Club. That TV is still going strong in my sons bedroom.
Click to expand...

We have a similar vintage Vizio 720p display that is still going strong, too. The display was in our master bedroom, but we upgraded to a Samsung 49" 4K display over the holidays. So we will be moving the Vizio 37-inch display to our condo in South Carolina to give us a little bigger screen (currently have a 32" set). 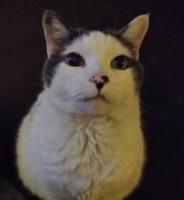 I had the same experience with the new remote (I got 2 of them shipped free). Very impressed. But what impressed me most is the fact that when I reported my 43" Vizio started shutting off randomly, they spent a fair amount of time having me trouble shoot and then sent a repair person directly to my home. They fixed the TV and had me up and running again in less than a week. I am a lifetime customer for sure.

They must have changed some things over there- my experience with them in 2010-11 was less than stellar. I'd gotten my TV through a "VIP Program" too, where they wanted me to test a few things and submit my feedback, but that just turned out to be one of those "So is this good, great or REALLY great?" surveys. The last straw was when they blocked me from posting on their Facebook page after I pointed out the problems I was having after a firmware update gave my TV a jerky frame rate on some material.
You must log in or register to reply here.
Share:
Facebook Twitter Reddit Pinterest Tumblr WhatsApp Email Link