In this 1972 adaptation of the Pulitzer Prize-winning play, Paul Newman directs his wife Joanne Woodward and their daughter Nell Potts in the story of a shattered family.

There are some people who can overcome any adversity in life. Who can rise above tragedy, transcend grief, and serve as a guiding light to those around them.

And then there’s Beatrice Hunsdorfer.

As played by Joanne Woodward in a strong, showy leading performance, Beatrice explodes at nearly everyone and everything in her path. Her late husband left her and died in a hotel room, and her two daughters are trying with varying degrees of success to hold on. Oldest daughter Ruth (Roberta Wallach, daughter of Eli) is a teenager, discovering her worst nightmare: that the more she acts out in rebellion, the more like her dreaded mother she becomes. Younger daughter Matilda (Nell Potts) is smarter and more introverted, a stark contrast to the older Hunsdorfer women.

The film is more about character than plot, but Matilda’s science fair project (which gives the film its title) does bookend the story. In fact, though Woodward’s Beatrice is clearly the lead, it’s Matilda that’s the heart and soul of the story. Therein lies both the film’s chief strength and weakness. Woodward gives a very theatrical, very big performance, going from loud to louder, but Wallach and Potts both give more subtle performances, often conveying deep emotions with small looks and quiet gestures. For each moment where the cast is on fire, conveying difficult emotional truths with great sincerity, there are opposite moments where it seems that each actor is performing in a different film.

At times, the film can’t transcend its stage origins. Though screenwriter Alvin Sargent (adapting Paul Zindel’s Pulitzer Prize-winning Off Broadway show) and director Paul Newman open up the proceedings, it still retains a stage bound feel that works against the film. What must have been riveting and heartbreaking on the stage can seem contrived here. But if the monologues don’t always land, where Newman succeeds as a director is in capturing the more subtle expressions that a live audience can’t see from the balcony. The small moments often come across with beautiful precision. But the film can’t always settle on a single tone, and the pacing can drag. Though individual scenes reveal a lot about the characters, it can at times feel like a lot of small parts rather than a cohesive whole.

Ultimately, Beatrice resents Matilda so much because her youngest daughter is inescapably curious, kind, and hopeful; Matilda truly believes that every person has worth. Since this is the exact opposite of Beatrice’s worldview, Beatrice takes it as a threat to be challenged and stamped out. But just as Matilda discovers that while radiation usually mutates and kills a flower exposed to it, sometimes a flower can turn out more beautiful and stronger from the exposure. Matilda’s flourishing in spite of Beatrice’s emotional radiation is meant to be the point of the story. But with so much focus on Beatrice in the story, her harshness often overwhelms Matilda’s hope.

Presented in its original theatrical aspect ratio of 1.85:1 (with the picture letterboxed slightly to maintain this ratio), the movie is encoded in the AVC codec and divided into 25 chapters. The transfer looks wonderful. Though the film is over forty-five years old, there’s not a hint of dirt, debris or damage to be found. Color appears natural and free from fading. Though Newman as a director focuses more on performance than flashy camerawork, each of his shots tell a story, and the imagery is conveyed beautifully on this disc.

The DTS-HD MA 2.0 mono soundtrack (incorrectly listed as 1.0 on the packaging) is a generally good track, free of any hiss, distortion or age-related artifacts. There are times where the dialogue can sound a little harsh, or a little distant, but this does not appear to be the fault of the track itself but rather a choice by Newman to emphasize performance over technical perfection. Whatever minor imperfections there might be in the dialogue recording, Maurice Jarre’s delicate score sounds excellent. English SDH subtitles are available.

Isolated Music & Effects Track – Presented in stereo. For a film based on a play, it is surprising how effective the combination of filmed image and Maurice Jarre’s score is at conveying the essence of the dialogue.

Original Theatrical Trailer (SD, 3:04) – Though in rough shape, the trailer is notable for director Paul Newman’s narration where he describes why he feels an audience will appreciate his film.

Six Page Booklet – Julie Kirgo’s essay examines the origins of Paul Zindel’s original play, and the adaptation’s place in Paul Newman’s filmography as a director. Her writing is complemented by stills from the film and a reproduction of the original poster art.

The Effect Of Gamma Rays On Man-In-The-Moon Marigolds is not a film that will work with all audiences. The at times riveting, at times awkward combination of Joanne Woodward’s big performance and Roberta Wallach and Nell Potts’ more subtle contributions will fascinate those who love a character study, but may frustrate others looking for more story-driven entertainment. Though it has individual moments that can be very effective, on the whole, the movie can feel more stage than screen. However, fans of the film (long unavailable on home video) will be delighted by the stellar presentation offered on this Twilight Time disc.

Potts is a child of the Newmans.
I saw this when it came out, but haven't since then. I will revisit at some point.

I hope you enjoy it more on your revisit than I did - at the very least, it's one very nice looking transfer. I just wished that I had liked the movie itself more.
You must log in or register to reply here.
Share:
Facebook Twitter Reddit Pinterest Tumblr WhatsApp Email Link 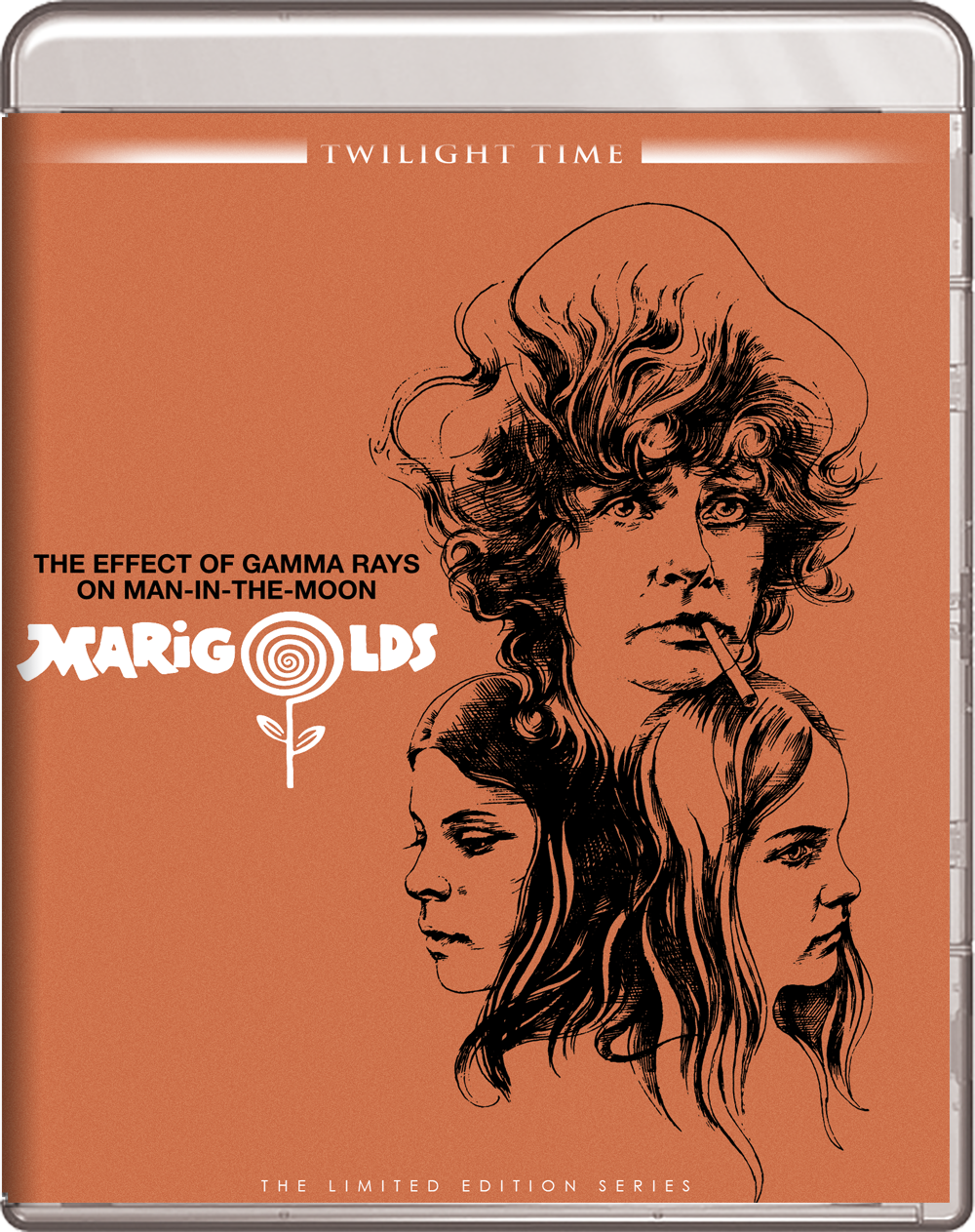