Forum List What's new Dark Style Change width
Log in Register
What's new Search
Menu
Log in
Register
Navigation
Install the app
More options
Dark Style
Close Menu
Posted on March 15, 2019 by Todd Erwin
You are using an out of date browser. It may not display this or other websites correctly.
You should upgrade or use an alternative browser.
Surprisingly fun 4.5 Stars

The recent Oscar winner for Best Animated Feature, Spider-Man: Into the Spider-Verse arrives on 4K UHD Blu-ray from Sony Pictures Home Entertainment in a terrific transfer and some fun extras.

When teenager Miles Morales (voiced by Shameik Moore) is bitten by a genetically modified spider while “tagging” in an old abandoned subway station beneath Brooklyn with his Uncle Aaron (voiced by Mahershala Ali), things begin to change quite literally overnight. His clothes no longer fit and he’s beginning to stick to everything and even walk on walls. Retracing his steps in the subway tunnels, he comes across Spider-Man (voiced by Chris Pine), who sees a similarity in the kid and offers to train him. That is, before Kingpin (voiced by Liev Schreiber) kills Spider-Man and powers up his super collider, hoping to bring his dead wife and child from another dimension but instead sucks additional versions of the arachnid superhero from five other dimensions: Peter B. Parker (voiced by Jake Johnson), Spider-Woman aka Gwen Stacey (voiced by Hailee Steinfeld), Peni Parker (voiced by Kimiko Glenn), Spider-Man Noir (voiced by Nicholas Cage), and Spider-Ham (voiced by John Mulaney). The six band together in an attempt to defeat Kingpin with some assistance from Aunt May (voiced by Lilly Tomlin). But can Miles learn to use his new abilities in time to send the team back to their realities before the collider is destroyed?

I was not expecting to enjoy Spider-Man: Into the Spider-Verse. The trailers did not interest me and the visual style looked like it would eventually become tiresome (again, based on the trailers I had seen). With all the promotion for this film cluttering the theatrical and home video releases of Venom, it felt like the studio, Sony, was perhaps a bit too desperate for this animated Spider-Man to be successful. That desperation, though, paid off, as Spider-Verse was not only a major hit at the box office (earning just shy of $189 million domestic, $368 million worldwide), it was also a hit with critics earning 97% on Rotten Tomatoes, and went on to win the Academy Award for Best Animated Feature. Having seen it now in its entirety, I can understand and appreciate what all the praise was for. Spider-Verse is a fun, often funny, sometimes touching story about a young boy who doesn’t fit in, until he suddenly meets others more like himself and finds not only himself but the confidence to be who he wants to be. This is a very smart script by Phil Lord and Rodney Rothman, with eye-popping animation under the direction of Bob Persichetti, Peter Ramsey, and Rodney Rothman that mimics and pays tribute to hand-drawn comic books.

Spider-Man: Into the Spider-Verse was very likely completed as a 2K digital intermediate, as most animated movies are, and while Sony’s 2160p upscale reveals a negligible increase in overall detail, it is the use of HDR10 high dynamic range that elevates the presentation over the included 1080p Blu-ray. The color shading is what most will notice right off the bat. While the colors on the Blu-ray are extremely vivid (perhaps too much), the colors on the UHD are a bit more subdued and more like what you would see in print or on film. Contrast is also more controlled, with deeper blacks that reveal textures that are almost lost on the Blu-ray.

As expected, Sony has made the Dolby Atmos track exclusive to the UHD disc of the film, while providing only a DTS-HD MA 5.1 track on the Blu-ray. The Atmos track is not quite as active as one would expect for a film like this, but it is much more immersive and spacious than the 5.1 track on the Blu-ray. Heights are deployed subtly throughout, adding emphasis to many of the flyovers. LFE is much more robust, too. Dialogue is always prioritized without getting lost in the mix.

With two exceptions, the bulk of the special features can be found on the included Blu-ray edition.

Audio Commentary: Available on both the UHD and Blu-ray editions, directors Bob Persichetti, Peter Ramsey, and Rodney Rothman are joined by producers Phil Lord and Chris Miller in this very lively and often humorous track as they discuss various aspects of the production.

Spider-Ham: Caught in a Ham (1080p; 4:01): A Looney Tunes/Ren & Stimpy-style short featuring Spider-Ham. Available on both the UHD and Blu-ray editions.

Spider-Verse: A New Dimension (1080p; 5:09): a look at the visual style of the film and its ground-breaking animation.

Designing Cinematic Comic Book Characters: Heroes & Hams (1080p; 7:45): A look at the overall design of the various heroes in the film.

Designing Cinematic Comic Book Characters: Scoundrels and Scorpions (1080p; 5:11): A look at the design of the iconic villains featured in the film.

A Tribute to Stan Lee & Steve Ditko (1080p; 8:34): A loving look at the creators of Spider-Man, featuring archival interviews with Stan Lee.

The Spider-Verse Super Fan Easter Egg Challenge (1080p; 5:02): The directors, producers, and other crew members point out some of the rather obscure references in the film to those unfamiliar with the Siper-Verse.

Alternate Universe Mode (1080p; 143:32): An alternate cut of the movie including deleted/extended/alternate scenes (many in storyboard form) along with insights from the filmmakers.

Spider-Man: Into the Spider-Verse was a refreshing and surprising take on a comic book movie, and Sony’s 4K UHD Blu-ray release will not disappoint.

Thanks for the great review Todd! I'm looking forward to picking this one up.

Will this be available in 3D anywhere?

Johnny Angell said:
Will this be available in 3D anywhere?
Click to expand...

Johnny Angell said:
Will this be available in 3D anywhere?
Click to expand...

Expectations are they should all be region free
Last edited: Mar 15, 2019

Is Spain the only Amazon source?

Johnny Angell said:
Is Spain the only Amazon source?
Click to expand...

Thanks for the review, Todd. This is a day one purchase for me.

I bought the 4k/3d Combo from France.

Ronald Epstein said:
I bought the 4k/3d Combo from France.
Click to expand...

What did that cost you shipped?

I just got the 4k disc in the mail today. Is there no slipcase with this release? Seems a bit bare without one.

There is a slipcover available, but joy of buying online is you never know whether the warehouse will pick an item from teh bin with a slipcover since it's not considered a part of the item by 99% of stores.

Where did you order? 2 or 3 people ordering from Amazon have said they didn't get a slipcver and at least one who ordered or picked it up at Walmart didn't

Most Best Buy orders appear to have one included so far
Last edited: Mar 19, 2019
M

There was a slipcase on my copy from Best Buy.

David Norman said:
There is a slipcover available, but joy of buying online is you never know whether the warehouse will pick an item from teh bin with a slipcover since it's not considered a part of the item by 99% of stores.

Where did you order? 2 or 3 people ordering from Amazon have said they didn't get a slipcver and at least one who ordered or picked it up at Walmart didn't

Most Best Buy orders appear to have one included so far
Click to expand...

It was from Amazon. It's amazing to me that it's not considered part of the item.

Sam Favate said:
I just got the 4k disc in the mail today. Is there no slipcase with this release? Seems a bit bare without one.
Click to expand...

My copy from Walmart (disc + digital) had a slipcover.

I got one from Target and it had a slipcase.

Honestly, I've sent discs back to Amazon for not having a slipcase when it was a preorder expected to arrive on street date. I don't expect slipcases to still be available weeks or months or years after a title is released, but if I'm getting the first batch and the release came with one, I want it. Every time I've sent a disc back to Amazon for missing it, the replacement has had it.
You must log in or register to reply here. 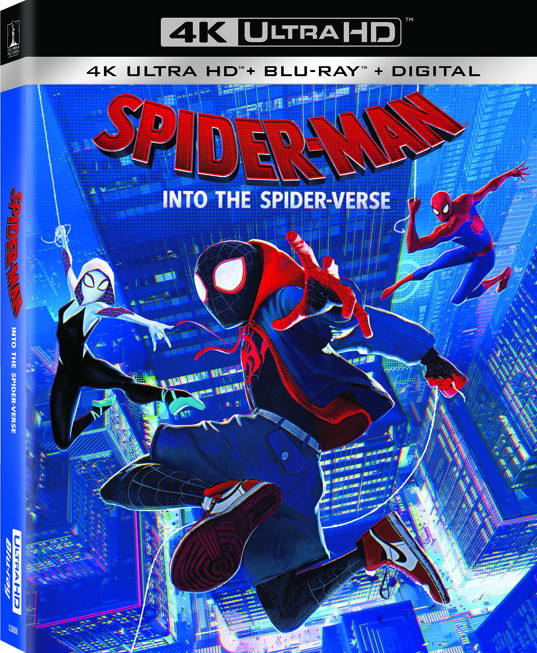