Arrow Academy has released Joseph H. Lewis’ mystery whodunnit So Dark The Night, his 1946 follow up to the previous year’s sleeper hit My Name is Julia Ross.  The cast consists of mostly European character actors and bit players of whom many viewers might recognize but would have trouble naming.  Most shine when given the opportunity.  So Dark The Night isn’t as well-known as Julia Ross but, is just as well produced and in many ways more ambitious.

After 11 long years the beloved and over worked Parisian detective, Henri Cassin (Steven Geray) is going on a much-needed vacation.  It has been arranged for Cassin to go on holiday in the country.  This rest is coming at the insistence of both Cassin’s supervisor Commissioner Grande (Gregory Gaye), and the police department’s physician Dr. Manet (Jean Del Val).

The movie opens lightly – the concerns of Grande and Manet are almost comic.  Cassin is portrayed as a police equivalent of an absent-minded professor; an obsessed but kindly professional so absorbed in his work that he doesn’t notice life taking place around him.  As Cassin strolls the streets of Paris he is greeted with affection and respect – a local celebrity.

The tone shifts as soon as Cassin arrives in the village where upon he is immediately smitten by the much younger Nanette (Micheline Cheirel), the daughter of innkeepers Pierre and Mama Michaud (Eugene Borden and Ann Codee).  It is readily apparent that Cassin sees Nanette as an object of worship whose youth and innocence can perhaps counteract all of the sordidness of a lifetime of police work.  It is also obvious that Nanette sees Cassin as literally a wealthy vehicle to an escape to Paris and a more glamorous and less laborious life.

The relationship between them develops slowly as Cassin, who believes the chance of a ‘normal’ life has passed him by and is skeptical of their age difference.  This view is shared by Pierre who wants his daughter married to local farmer Leon.  However, Mama Michaud encourages her daughter to entice Cassin in order to escape her provincial fate.  The two scheme and Cassin doesn’t stand a chance.

Nanette runs off with Leon on the night of her engagement party to Cassin.  Cassin is devastated.  The next day Nanette is found dead and Leon is automatically the prime suspect.  It is convenient that one of France’s greatest detectives is on the scene to investigate.

If you haven’t seen this movie it might be best to stop here as there will be spoilers given that this is a whodunnit and the identity of the killer is crucial to the themes discussed.

At 71 minutes So Dark The Night is, like My Name is Julia Ross, very tight.  It takes a bit to set up, but that is completely necessary.  The script by Dwight V. Babcock and Martin Berkeley, based on a short story by fellow screenwriter Aubrey Wisberg is clever.  While the plot is clear and simple there is a great deal going on underneath.

While I would describe it first as a whodunnit, it is much more noirish that My Name is Julia Ross.  Imagine if Sherlock Holmes or Inspector Maigret’s last case had them pursuing themselves.  Fans would be pissed off, but it would be a hell of a way to end a long running series.

Cassin is a character trapped by his own regrets.  You could call it mid-life crisis noir.  He has dedicated his life to pursuing criminals to the point that the pursuit has taken over his life – it’s almost as if there is no Cassin if there is no investigation.  Paris at the beginning seems sunny and bright because Cassin is in his element; in the country with ‘good’ people he is out of element and the world turns dark.  It’s almost as if he has to commit a crime to investigate in order to exist.

In ‘fish-out-of-water’ comedies involving city characters in country settings the joke is usually that country people are ultimately more sensible, sophisticated, and of course more honest than the snooty city slickers.  In this film Cassin is more or less ordered to the country for rest – once there he discovers a society as corrupt as anything in the city minus the urban squalor.  Nanette and Mama set their sights on Cassin immediately.  He is the means for which Nanette can escape farm life drudgery.  It is obvious that Nanette loves Leon and her relationship with Cassin has nothing to do with passion.  Cassin who sees Nanette as a last chance at happiness snaps when he sees it is all a charade and he is being duped.

Joseph H. Lewis spent the early part of his career dividing his time between mini-majors Universal and Columbia where he directed B-Westerns.  Commentator Glenn Kenny erroneously describes these westerns as poverty row.  They’re low budget, but not poverty row.  At poverty row studios Monogram and PRC Lewis directed three of East Side Kid comedies and one Bela Lugosi horror picture.  Lewis’ direction of The Invisible Ghost is so polished that it makes the viewer forget that the script is as outlandish as any other Lugosi Monogram picture.

After a one-shot assignment at RKO, The Falcon in San Francisco, Lewis landed back at Columbia for about five years in the mid to late 1940s where he directed both Julia Ross and So Dark The Night as well as a couple of Glenn Ford movies including Undercover Man.  In this period Lewis went from B-movies to minor A movies.  In interviews Lewis speaks highly of notorious Columbia mogul Harry Cohn.  Lewis’ break out picture, Gun Crazy in 1949 landed him at major studio, MGM in 1950.

I had the good fortune to see Lewis live at LACMA in the late 1990s where he appeared at a screening of Gun Crazy with Peter Bogdanovich, who was plugging his book Who The Devil Made It?  Lewis was old, but pretty robust for a man near ninety – he was unpretentious and self-deprecating as he comically dismissed most of Bogdanovich’s academic questions.

So Dark The Night, like My Name Is Julia Ross was shot by Burnett Guffey.  It is just as well shot as the previous picture.  Again, the visuals are always in service of the story and not the other way around.  It is not flashy though unlike My Name is Julia Ross Lewis places a great many objects in the foreground.  This is often done to cover up the meagerness of the production.  The photography is not particularly noirish with the exception of a crucial shot of Geray near the end of the film.  The visual restraint of the rest of the movie makes this shot all the more powerful.

Art Direction by Carl Anderson who later would work with Howard Hawks, Budd Boetticher, and Delmar Daves before finishing his long career in television makes the movie look more like an A picture than a 12 to 18-day programmer.

And finally, it has to be noted that in the role of a village hunchback (does every French village have one?) we find Theodore Gottlieb.  Those of us of a certain age know him better as Brother Theodore. Theodore is in Orson Welles’ The Stranger. Welles was reported to be fond of Gottlieb but didn’t think he was much of an actor.  Welles is right, but he was a great Brother Theodore.  I regret not seeing his theatrical show when I lived in NYC in the 1990s.

Arrow’s So Dark The Night is a transfer provided by Sony Pictures.  On the cover it says that it is a 2K restoration.  It looks very good, similar to My Name is Julia Ross.  Very film like with few blemishes and little signs of damage.  Like Julia Ross the back cover has the Film Foundation logo but I couldn’t find any mention of the title on their website.

The uncompressed audio is also very good and highlights Hugo Friedhofer’s wonderful score.  It’s a very good score as it changes, going from light to dark as the film progresses.

It’s a little light on extras, but includes

A commentary by writers Glenn Kenny and Ferran Smith Nehme.  The two play-off of one another well.  A friend of mine is a big fan of Nehme’s website Self-Styled Siren and will be excited to hear her comments.  I think Kenny is a bit literal when he talks about Lewis’ nickname, Wagon Wheel Joe while counting the wagon wheels seen on screen.  There are only a couple of wagon wheels but there are lots of objects in the foreground.

A booklet with an essay, An Inspector Falls by David Carins.

Joseph H. Lewis is an interesting figure.  While there is little thematic consistency in his output, he is definitely a talented director who could make a low budget movie look much bigger.  In many ways his career in the 1940s seemed to be running parallel to another director who started in low budget films and worked his way to A pictures, Anthony Mann.  Perhaps Mann had better luck with studio management than Lewis or it was fortunate that unlike Lewis, Mann benefitted from a multi-picture collaboration with star James Stewart?  Maybe it was because Lewis suffered a heart attack at what should have been his career peak?  Who knows?  But after a couple of small MGM pictures in the 1950s, Lewis goes back to lower budget films, most of which are of interest including the great The Big Combo and the eccentric, Terror in a Texas Town – you don’t see Sebastian Cabot as a western villain every day!  By the end of the 1950s he switches to television where he spends the last ten years of his career.  Fortunately for us, Lewis directed a couple of great films and quite a few very good films, of which So Dark The Night is one, along the way. 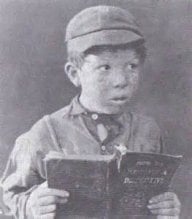 Sebastian Cabot played a villain in an early Gunsmoke episode, and he used a very convincing American accent.

The Siren is the bee's knees!
You must log in or register to reply here. 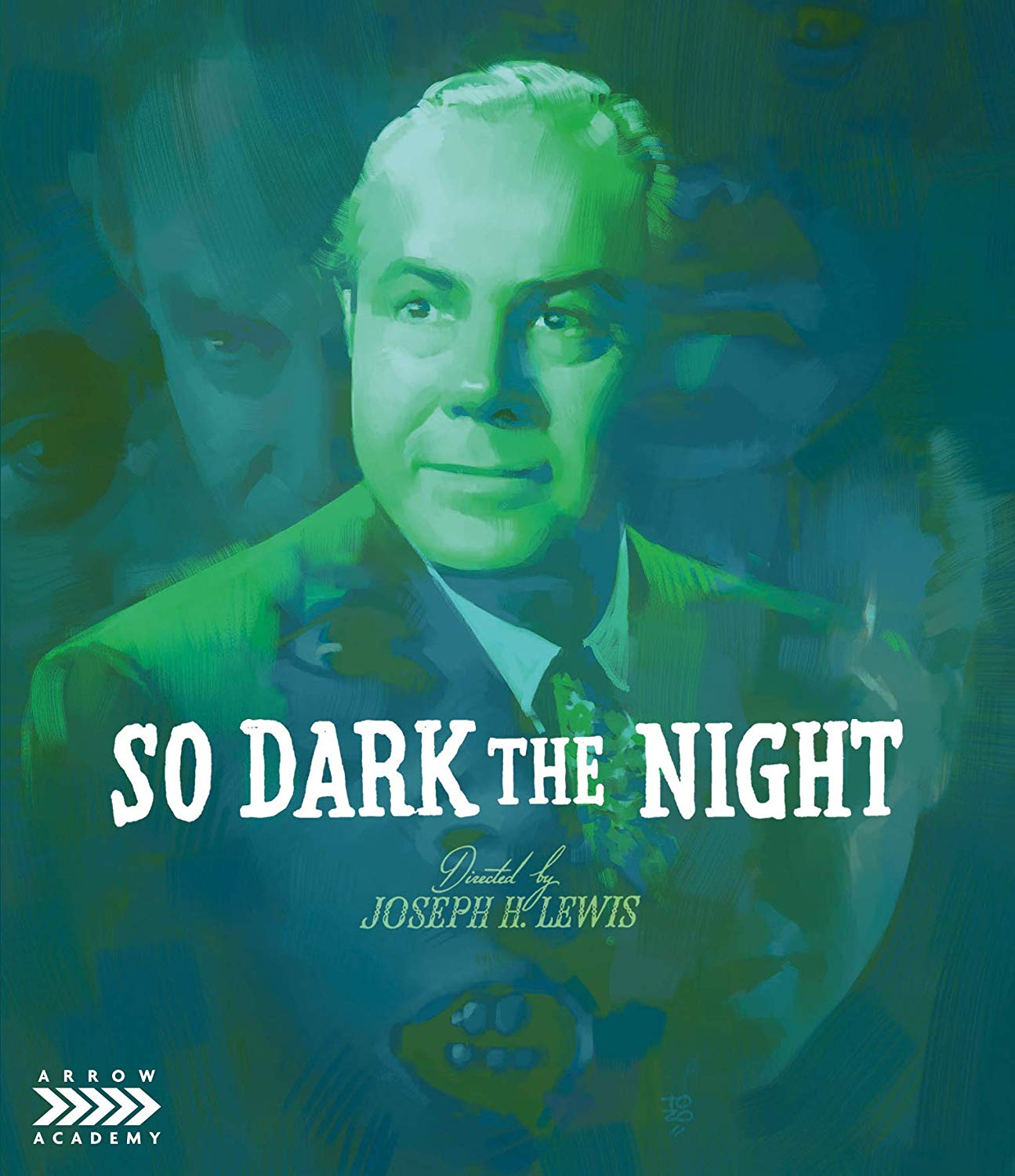