Although sometimes dry in its storytelling, Rocky Mountain Express tells the fascinating story of how the Canada’s first transcontinental railroad was built through the often treacherous Rocky Mountains. The film is everything you’d expect from a large format IMAX documentary, with breathtaking vistas and incredibly detailed photography.

The Canadian Pacific Railway was a massive undertaking, not only in uniting the Provinces of Canada, but building a railway through the treacherous Canadian Rockies. There’s a lot of history to be told here, and Rocky Mountain Express, with its short running time of 45 minutes, is a good primer on what it took to build the railroad in only four years (six years ahead of schedule), but nearly bankrupted Canada and cost the lives of many railroad workers, who were subjected to sub-freezing temperatures. The film tells the story through archival photographs, CGI maps, and beautiful IMAX photography as restored engine Canadian Pacific 2816 makes its way along the tracks that were first laid in the 1880s, all accompanied with narration by Michael Hanrahan. Hanrahan has a commanding but comforting voice, and suits the material and visuals quite nicely. The real issue with Rocky Mountain Express is that it’s too light on history and more interested in showing the viewer the beautiful vistas of the Canadian Rockies. What the subject matter needs is a feature-length documentary including interviews with historians who can go into much greater detail on the struggles the construction crews faced and the political turmoil that took place in the background.

As with Flight of the Butterflies, Shout Factory gives the viewer the option to watch the film with or without HDR (high dynamic range). Filmed in the 65mm IMAX format, Rocky Mountain Express is a visual treat with its expansive vistas of towering trees, massive boulders, and occasional banks of snow, made all the more grand with the higher resolution and wider color gamut that UHD provides. Colors are natural and not over saturated. Detail is astounding, allowing the viewer to see tiny weld marks in the steam engine and individual needles on evergreens. Contrast is also exceptional, particularly noticeable during POV shots of the train travelling through a tunnel, providing deep blacks along the walls and bright whites as the end of the tunnel appears.

The only English language option on Rocky Mountain Express is in Dolby Atmos, which contains a Dolby TrueHD 7.1 core. This is an interesting track when played back in 5.1 and Pro-Logic IIz, given that there’s not much to work with here. Dialogue is clear and consistent, directed to the center channel. Music is spread across all channels, giving a sense of immersion. Surrounds and LFE kick in when the train is in motion, allowing us to hear passing trees and especially the whoosh of air as the train escapes from a tunnel. Not exactly a reference or demo track, but it is well thought out for a documentary.

Railroaders (1080p; 21:20): An educational short from 1958, produced by the National Film Board of Canada, on the operations of the Canadian Pacific Railway between three remote towns.

About the Director: A very brief one paragraph biography on Stephen Low.

Trailers (1080p): Trailers for The Last Reef, Wonders of the Arctic, Rocky Mountain Express, Journey to Space, Humpback Whales, and Flight of the Butterflies.

Blu-ray Copy: The movie in 1080p, with the same audio options and special features as the UHD disc.

Rocky Mountain Express is a beautiful film to watch, but never has enough time to really go into any depth into its subject matter. The Special Features add some additional material to the subject, but nothing is included about the making of the film itself. 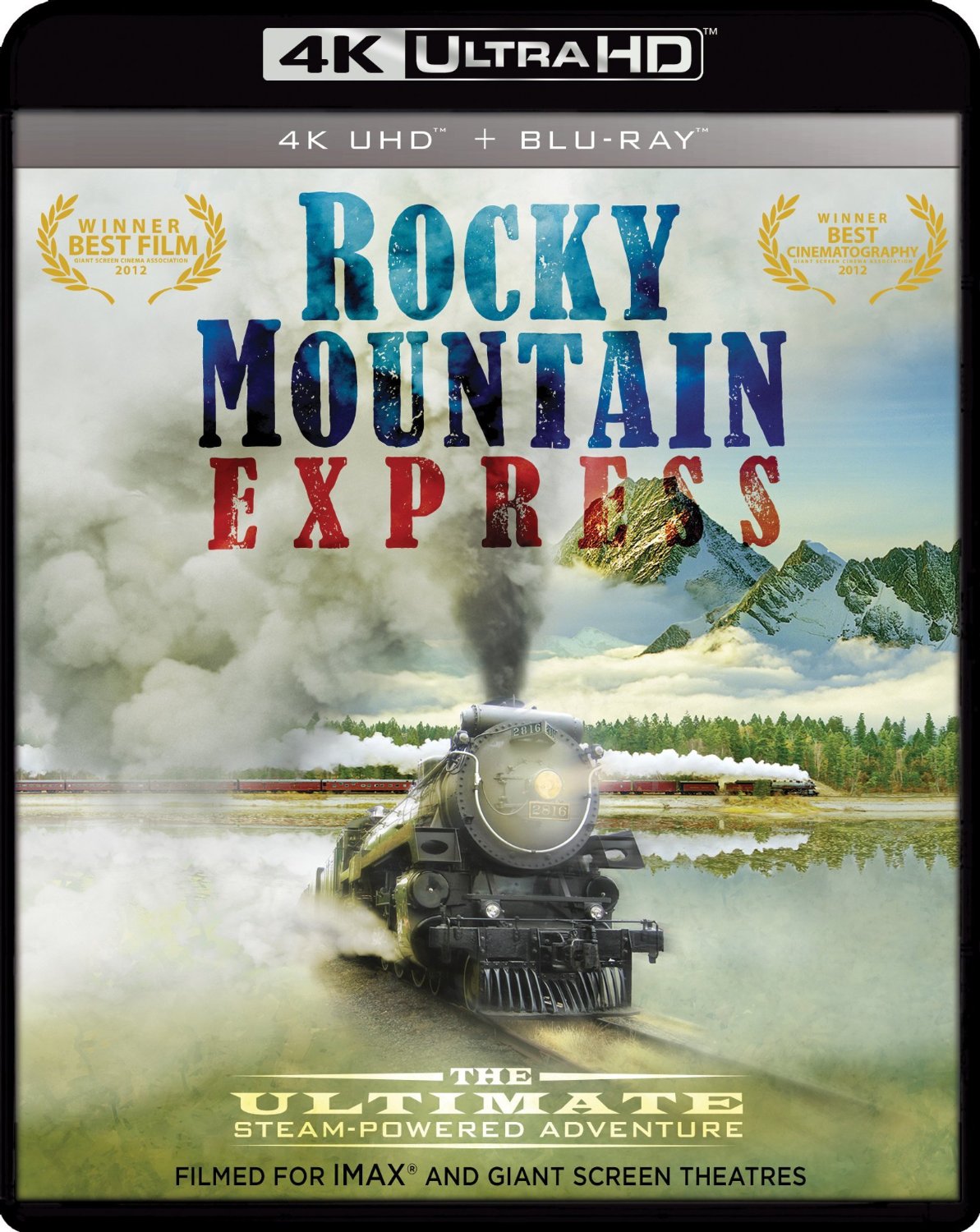