HBO has announced that Game of Thrones: Season 8 is now available to own as a digital download. In addition to the series’ concluding six episodes, the purchase will include a two-hour feature documentary Game of Thrones: The Last Watch, by filmmaker Jeanie Finlay, plus two featurettes, The Long Night and The Final Season.

Fans of the show on HTF will likely know what Season 8 involves, but HBO says Game of Thrones: Season 8 answers many of the questions surrounding the fate of the series’ protagonists. Will, for example, the revelation that Jon Snow is a Targaryen, and the legitimate heir to the Iron Throne, undermine his relationship with Daenerys? How will Sansa, Arya and Bran – not to mention numerous northern Houses allied with the Starks – react to the appearance of traditional foes at the gates of Winterfell? Will Cersei’s devious strategy of fortifying her defense of King’s Landing yield dividends? And above all: can the Army of the Dead be defeated? This season is executive produced by David Benioff, D.B. Weiss, Carolyn Strauss, Frank Doelger, Bernadette Caulfield and co-executive produced by Bryan Cogman, Guymon Casady, Vince Gerardis and George R.R. Martin. 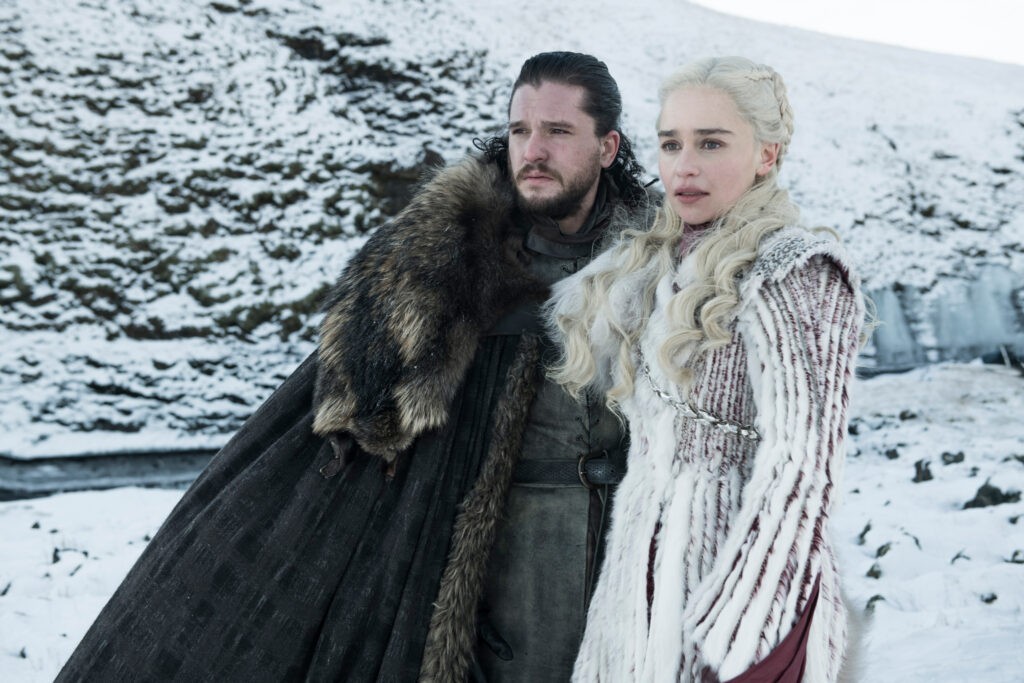 G.O.T. has earned 132 Emmy nominations with 47 wins, and seasons 1-8 are also available to purchase digitally, which include bonus content from each individual season, plus the Game of Thrones: The Last Watch documentary.

As mentioned above, extra content for the Season 8 digital download includes two featurettes. In The Final Season, the cast and crew reflect on the final season of HBO’s series. Interviews with show runners David Benioff and D.B. Weiss are included, along with cast members Peter Dinklage, Emilia Clarke, Lena Headey and Kit Harington. In The Long Night, David Benioff, D.B. Weiss, cast members and crew discuss the filming of Battle of Winterfell in episode 3, including the weaponry, lighting and special effects.