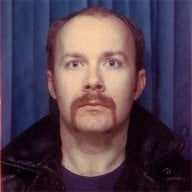 I'm really glad we can look forward to another release as the tech industry has now pretty much killed home 3, other than viewing in VR which they don't see as a market, and COVID-19 that is killing 3D in theaters, and theaters as well. There are a couple titles I would still love to have in restored blu-ray 3D and the top of my list is Second Chance from RKO in 1953. An entertaining 3D film noir with Robert Mitchum, Jack Palance and Linda Darnell. Saw this on the scree at two different 3D festivals over the years and always enjoyed it. Would rather have this than another western for sure. Dangerous Mission! another RKO 3D title with Victor Mature, Piper Laurie and Vincent Price would also be fun. I The Jury is another one I would like and thought I had heard it was in pre-production but nothing lately. Cat-Women Of The Moon is schlocky fun and 3D adds to it's kitsch greatness. But most of all I regret we can't have Andy Warhol's Frankenstein (Flesh for Frankenstein) due to the much documented disagreements with it's director. So I'm happy we were able to get what we now have but I'm still angry at how the tech industry and the studios have screwed and disrespected the niche home 3D market since it's inception. Keep them coming!