While we await the next Warner Archive Announcements...

Yes, a beautiful colour palette and I thought the picture softness might improve on Blu ray .. though the softness never worried me.
Also in contention should be the two Doris Day/GordonMcRae movies By the Light of the Silvery Moon and On Moonlight Bay ... which again look very respectable on DVD and should be brilliant on Blu ray.
Reactions: Suzanne.S, LeoA, JoelA and 1 other person

If you watch TCM in HD you will see these movies in HD. They are pretty good with updating the masters that are broadcast when a restoration has been done.
Last edited: Oct 27, 2019

No TCM here in Australia. We live on crumbs....

Garysb said:
If you watch TCM in HD you will see these movies in HD. They are pretty good with updating the masters that are broadcast when a restoration has been done.
Click to expand...

You're kidding right? WAC Blu-ray transfers are hardly EVER shown on TCM. Every time Seven Brides for Seven Brothers runs it is the ugly old HD version.

I believe many TCM HD broadcasts are not.
Expand signature
"All men dream: but not equally. Those who dream by night in the dusty recesses of their minds wake in the day to find that it was vanity: but the dreamers of the day are dangerous men, for they may act their dreams with open eyes, to make it possible. This I did." T.E. Lawrence
C

TCM upconverts everything that isn't true HD. Your signal will always say "HD" even if the master they are showing comes from an old analog tape.
Last edited: Oct 28, 2019 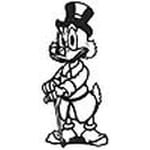 Ed Lachmann said:
Still holding the eternal flame of hope for at least one classic widescreen historical epic like Helen of Troy, Land of the Pharaohs, Scaramouche, Ivanhoe or (as next month is Christmas) perhaps The Silver Chalice or The Prodigal.
Click to expand...

Scaramouche and Ivanhoe are not widescreen films, but they are still epic in every other sense of the word. I'd love to upgrade my DVDs.
Reactions: Ed Lachmann, Richard M S and RICK BOND

TCM movies that begin with this TCM ID are old masters. When they show the "Wizard of Oz " as an example it is a newer master.

Dan_Shane said:
Scaramouche and Ivanhoe are not widescreen films, but they are still epic in every other sense of the word. I'd love to upgrade my DVDs.
Click to expand...

Yes, & unlike the 'scope films, those two are three-strip Technicolor, which might complicate things, but they could look stunning. I have the DVD of Scaramouche & it looks very good (it's the French release, & it has the Rex Ingram 1923 silent version as an extra).
Reactions: Ed Lachmann

Dan_Shane said:
Scaramouche and Ivanhoe are not widescreen films, but they are still epic in every other sense of the word. I'd love to upgrade my DVDs.
Click to expand...

I disagree that IVANHOE was “epic”, but I’m still in for a nice restored BLU edition.

I need it for my collection.
Expand signature
I am currently trying to collect all 540 Best pictures on Blu Ray!
Reactions: Ed Lachmann

I am really eager for the December announcement. The last few end-of-year announcements delivered some major titles, such Auntie Mame and The Sea Hawk.
Reactions: battlebeast, Ed Lachmann, RICK BOND and 1 other person 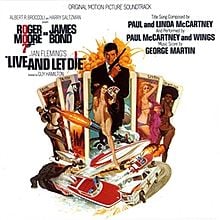 Richard M S said:
I am really eager for the December announcement. The last few end-of-year announcements delivered some major titles, such Auntie Mame and The Sea Hawk.
Click to expand...

Also .. Horror of Dracula last December. For Dec.2019, I'm Hoping for The Curse of Frankenstein, or She and another Errol Flynn, Bogart, or Cagney title ??? A 50's Cinemascope adventure title ??
Reactions: Richard M S

Robert Crawford said:
Wow, people actually criticizing the November Warner Archive releases. I thought WA hit a home run, but I should have known better that some people would be unhappy.
Click to expand...

Yes, I don't understand the criticism either. While I would love to see more 30's and 40's hit the shelves - National Velvet, Honky Tonk, San Francisco, The Great Ziegfeld, Marie Antoinette, Red Dust, the rest of the Thin Man's, more Astaire/Rogers, The Adventures of Huckleberry Finn, Dr. Jekyll and Mr. Hyde (both versions remastered), a lot more Gable, Flynn, Davis, Crawford and Garland - The Harvey Girls, particularly, and more 40's Technicolor musicals like Holiday in Mexico, Good News, Best Foot Forward, Du Barry Was a Lady, Bathing Beauty, I have to say, Warner has been aggressively pursuing some real A-list product from their seemingly bottomless archives. The Bad and the Beautiful really has me stoked. Can't wait. Scaramouche, Executive Suite, Ivanhoe, The Valley of Decision, Weekend at the Waldorf, Dinner at Eight, Ziegfeld Girl, Random Harvest, The Student Prince, China Seas, Idiot's Delight, Goodbye Mr. Chips (1939), The Pirate, Broadway Melody of 1940, Easy to Love, Million Dollar Mermaid would also be nice. REALLY NICE, in fact!
Reactions: Astairefan, RICK BOND, Suzanne.S and 4 others

I would like to see a nice bit of thick forties (or early fifties) colour three-strip Technicolor.
Last edited: Oct 30, 2019
Reactions: Keith Cobby, RICK BOND, Nick*Z and 1 other person

One has to live with the fact that each year Warner will release less than one percent of their back catalog on Blu-ray so most movies will remain unreleased even 10 years from now. That being said which other major studio has given us more of their older catalog titles on Blu-ray than Warner? None I'd say.

Does not help if ones' favorites are not among them and if that is all what one cares for but still Warner is doing more than others and there is a reason that this thread is very active and similar threads for other studios are either missing or not nearly as popular. I always like to go here as besides the top 15 movies on my wishlist that have been ignored completely for more than two years I have been very happy to find a rather significant number of releases that I was happy to buy.

That being said I am noticing a dearth of ancient world movies or epics and some rather spectacular large format movies that Warner holds the rights to. I suspect that these are often deemed unpopular and I know that a number of them are expensive to restore and probably not that popular but I still would love to see them on Blu-ray. At least one or better two unique releases per year would be much appreciated!
Reactions: Suzanne.S and trajan007
T

OliverK said:
One has to live with the fact that each year Warner will release less than one percent of their back catalog on Blu-ray so most movies will remain unreleased even 10 years from now. That being said which other major studio has given us more of their older catalog titles on Blu-ray than Warner? None I'd say.
Click to expand...

Respectfully disagree with you on this point, but let me explain. If we are talking merely quantity - then Fox's parceling off its movies to Criterion, Twilight Time, Kino Lorber, to say nothing of their own failed attempt at an archive, plus legit Fox Blu releases via Fox Home Video, considerably outnumber the Warner 'older catalog' releases. Universal, of late, has taken its cue from Fox to dump its deeper catalog to Kino also, while occasionally releasing bare bones editions of deeper catalog on their own lackluster Blu's. The death of TT earlier this year means one less venue for the majors to consider as their dumping ground.

But I have to say, in the same breath, neither Fox or Uni's business model is one I would consider worth emulating. Crummy old transfers bumped to a 1080p signal, or worse, given an atrocious teal-leaning transfer or 3-strip movies with so much misalignment they give one a headache when viewing on larger monitors or in projection, is hardly the way to make ANY back catalog available for mass consumption. The shortsightedness here is staggering, indeed, and very much NOT appreciated!!!

Now, if we are talking sheer quality - then Warner Archive and Warner Home Video proper win the race hands down. While there have been a few minor flubs - especially in the early days - what WAC has achieved since its debut is - bar none - top of the heap and should be considered the very cream of the crop. But WAC's output is also a trickle compared to the aforementioned outpouring from Fox and Uni. Personally, I prefer the WAC method. Slow and steady, with quality to spare.

Yep, I'm more than willing to wait for that. I just wish WAC would get a little more aggressive with their thirties/forties output. But I am VERY satisfied with what they've been giving us since the middle of this year onward. While WAC was toggling for a while between the B and C grade sci-fi fluff like From Hell It Came or The Green Slime, and downright abysmal flops like Ice Pirates (which currently rates a 9% approval on Rotten Tomatoes), only to occasionally offer us a Summer Stock or Silk Stockings, the balance of power seems to have begun to shift in favor of more 'big' titles coming down the pike.

Personal favorites aside (aside: I would practically kill for a pristine copy of Marie Antoinette, Romeo and Juliet, San Francisco, 1939's Goodbye, Mr. Chips, 1937's The Prisoner of Zenda, The Private Lives of Elizabeth and Essex, National Velvet, Holiday in Mexico, and Show Boat - for kick starters) I sincerely say 'thank you' and a big 'YES - bring it on!' to WAC for 2020. Cannot wait to see what goodies they'll chalk up next.
Last edited: Oct 30, 2019
Reactions: plektret, Keith Cobby, Suzanne.S and 1 other person 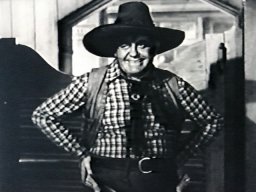 I agree that Warner Archive is the best and I love that they are beginning to release more classic films on Blu-ray.

The thing I miss are the slowdown of standard DVD releases of films that I'd never expect to see a Blu-ray release.

Thanks to Warner, I have great collections of Tim Holt, Bill Elliott and Monogram westerns along with comedy collections of the Bowery Boys, Mexican Spitfire, Gildersleeve, Wheeler & Woolsey and Joe E. Brown films.
There's a number of Warner-owned titles that I've saved on my DVR from TCM airings that I'd love to buy on DVD.

I did purchase the recent release of Volume 10 of the Monogram Western set from Movies Unlimited. They had an exclusive early release window of this set. I believe the Archive has done this before and perhaps they will do more of these.
Reactions: Bert Greene and Suzanne.S

My collection is very niche; it’s a broad collection that covers every genre from 1927-today, but with many of the titles I need on Blu still unreleased, I realize I have to be patient with the Warner Archive. Since June I’ve been able to several titles I needed. But they can’t always release the ones I need; there is an very broad range of titles that can please many people. Some
Titles I need are in worse shape than others, and they have to deal with that, too.

So patience is key.
Expand signature
I am currently trying to collect all 540 Best pictures on Blu Ray!