Disney’s 2016 live action version of The Jungle Book is an ingenious, imaginative amalgamation of live action photography and computer generated background, foreground, and effects shots that are accomplished so seamlessly that its studio origins are remarkably camouflaged.

Such a cool movie. Kudos to Disney and Jon Favreau for getting this one right (bodes well for the new PETE'S DRAGON). But, my suggestion to 3D home theater owners is to hold off for a 3D edition (available from Europe now, possibly in the U.S. before year's end). This is a massively immersive dimensional experience, done beautifully. One of my favorite films of 2016.

Seems to be opposing comments as to how well the 3D is on this feature.

In another thread, a member says the 3D isn't that great.

I am waiting for my 3D copy from overseas to make my own judgement.

I thought the 3-D was excellent simply because there was lots of depth thanks to the jungle setting always having objects in the fore, mid and backgrounds.

Ordered the 3D disc from Amazon UK, along with some other 3D titles that didn't get released here. If that's the game Disney wants to play, I'll just keep playing it.

Jesse Skeen said:
Ordered the 3D disc from Amazon UK, along with some other 3D titles that didn't get released here. If that's the game Disney wants to play, I'll just keep playing it.
Click to expand...

Teach Disney a lesson by buying their stuff. I'm guessing their corporate profits look pretty much the same on the bottom line as US profits. If they don;t have to make an extra edition, carry and distribute another version of duplicate stock, not have to include the DVD, DMR, or DMA --I'm sure there profit might actually even be greater on a lower priced item
D

Not interested until they do UHD Blu-ray releases with Dolby Atmos.

But I got this movie delivered today--release day--and my wife and I sat down to watch it tonight.

We didn't see it in the theaters but I pre-ordered it based on the strength of all the comments I have read on this forum and in other places.

We hated it. [It's also not so often that I differ completely from Matt Hough on a movie review!]

I would give it a 1/5. And the "one" is only because of the incredibly immersive soundstage throughout the production. I can't say enough good things about it.

But I can't say there's very much else about this film that I liked. I liked some of the music over the closing credits. And I thought some of the voice talent was well cast. Loved Garry Shandling as the porcupine.

My biggest problem was with the CGI. I thought it looked awful. From the first moment we saw Mowgli running through the forest and leaping over fallen trees and rocks, I thought the jungle sequences all looked incredibly fake. And when the setting looks fake, it's hard for the rest of the film to shine through.

I also disagree vehemently with the young actor who played Mowgli. I thought his lines were stiff and ill-delivered. I vested very little in his character and didn't really care what was to happen with him.

And why was Bagheera so disproportionate in size to Mowgli? That was a constant irritant for me. All the other animals seemed reasonably-sized.

And why oh why did they not dub the kid's voice while he was in the river with Baloo singing The Bare Necessities. While Bill Murray was giving his own spin to the Sherman Brothers' classic, the kid was screeching horribly off-key during the entire thing! WHY didn't they fix that???

I have never read Kipling's stories...so I have no idea if this version was any more "true" to the original tale. But it doesn't really matter. The story sucked. It took all the charm and character of the '67 version and threw it out the window for a bunch of action sequences. This film was just one big fight and chase sequence sprinkled with an infrequent calm moment. The final sequence involving Shere Khan's death (falling and flailing) was the worst. It seemed to be an amalgam of death scenes from Disney's The Lion King, Hunchback of Notre Dame, and Beauty and the Beast.

I was really disappointed in Jon Favreau's interpretation of this story. Much different from the way he told Elf and made it the charming chestnut that it has become. This takes the direct opposite tact by focusing entirely on power, fear and danger.

I'm surprised, Matt, that you think this movie should "delight every member of the family." When my kids were little, I would have kept them far away from this film for fear that they would have been terrorized by the plethora of scary sequences. Nightmares for years! This isn't the entertainment fare I would want to raise kids on.

And I won't even get started on Disney's new desire to remake each one of their animated classics as a live action film...

This movie most definitely does NOT come highly recommended by me.

Ouch, Mike! Now you've got me worried about my blind-buy of the 3D version that is slowly making its way to me across the Atlantic!

Quick question about the animals proportions. In both the trailer and the larger version of the poster at the top of the review, King Louie looks grossly oversized, almost Kong like. Yet I havent seen this mentioned anywhere. Does he look more normal in the actual film?

No. He is definitely close in size to King Kong (maybe closer to Mighty Joe Young! )

He's been changed from an orangutan in this version to a fictional beast called a Gigantapithecus (whose only redeeming grace is some new, fun Robert Sherman lyrics to I Wanna Be Like You).
Reactions: sleroi

Mark-P said:
Ouch, Mike! Now you've got me worried about my blind-buy of the 3D version that is slowly making its way to me across the Atlantic!
Click to expand...

That makes at least two of us.

I am certain more of us will chime in with our opinions as we receive our copy.

I didn't feel as strongly negative as Mike, but I didn't love it the way most people have. It was very much a live action remake of the animated classic, and as much as I enjoyed it as I was watching it, I couldn't shake the feeling that the whole enterprise was unnecessary.

That said, in IMAX 3D, the CGI environments and animals were completely convincing. I've noticed that sometimes those things don't translate well to 2D presentations on TV at home. Just this past week, I watched In The Heart Of The Sea on 3D Blu-ray, and it was very convincing. The next day, I came across it in 2D on HBO, and everything which had looked so vivid and lifelike on the 3D disc looked flat and cartoony on HBO. Go figure.
Reactions: Jimbo64

I didn't see this in theaters as I was never a big fan of the animated movie. Like everyone else I heard all the praise for this new version. But I also have heard about the upcoming Warner Brothers take, which sounds more up my alley. So the domestic release delay for the Disney 3D release didn't really bother me as I figure I'll probably feel the same way about it as Mike. The 3D would be the only thing that might influence me to buy it. But since some are saying that the 3D is not all that effective, I might just have to give it a pass completely.

Mark-P said:
Ouch, Mike! Now you've got me worried about my blind-buy of the 3D version that is slowly making its way to me across the Atlantic!
Click to expand...

Don't worry about it. A minority opinion (sorry, Mike, but it is, and you're entitled to it). I loved nearly every second of it, especially in 3D.

Ronald Epstein said:
That makes at least two of us.

I am certain more of us will chime in with our opinions as we receive our copy.
Click to expand...

I received my 3D steelbook copy (gorgeous) from Zavvi last week. Have no fear. It looks absolutely spectacular. 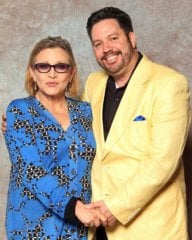 I have the 3D Blu-ray. Mine didn't come from the U.K. I'm not sure where it came from, but it has very Russian looking language options for audio. The 3D on mine is STELLAR.

I'm completely baffled by Mike's review, saying the CGI looked fake. The jungle elements all looked incredibly real to me, as did most of the animals, particularly, Bagheera, Shere Khan, Baloo and King Louie. I'm really not sure what he was watching at all.

However, I completely agree with him regarding Mowgli. He is Jake Lloyd as Anakin Skywalker BAD.

MikeTV said:
I'm completely baffled by Mike's review, saying the CGI looked fake. The jungle elements all looked incredibly real to me, as did most of the animals, particularly, Bagheera, Shere Khan, Baloo and King Louie. I'm really not sure what he was watching at all.
Click to expand...

MikeTV, you watched this in 3D, correct?

Mike Frezon watched it in 2D.

I noted in an earlier post that I just saw "In The Heart Of The Sea" from Warner. On 3D Blu-ray, it was a completely convincing experience, with everything from water to whales appearing lifelike. When I saw it in 2D on HBO the following day, it looked like actors sitting in an obviously CGI environment being imperiled by CGI weather and whales. Nothing looked real. Exact same movie, but two completely different viewing experiences.

I've also experienced similar symptoms with other titles, where the CGI was complete convincing when seen in a movie theater, but looked horrendously fake on home video/DVD/Blu.

Yes, that's correct, Josh. Very odd that there could be so large of a difference in the two viewings. Mine was also playing on a 4K Blu-ray player, so had some noticeable upscale to it as well.
You must log in or register to reply here.