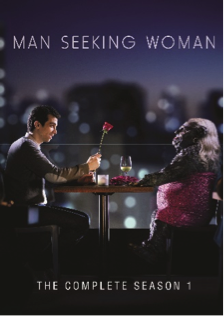 “Man Seeking Woman” The Complete Season 1
Jay Baruchel stars in this hilarious, surreal show about the perils of dating based on a collection of short stories by Simon Rich. After his girlfriend Maggie (Maya Erskine) calls it quits, Josh (Baruchel) tries to move forward in romance, with help from his testosterone-fueled best bro (Eric Andre) and his confident sister (Britt Lower). Still haunted by Maggie’s memory, Josh grapples with not-so-cute meets, clubbing, time travel, bloody heartache and a whole lot of sex-crazed aliens. With its smart, envelope-pushing humor, imaginative fantasy sequences and spot-on cast, Man Seeking Woman is one of the freshest series ever to hit the small screen! 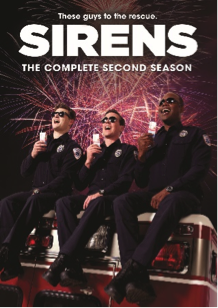 “Sirens” The Complete Second Season
Kevin Bigley, Kevin Daniels and Michael Mosley return as Chicago’s quirkiest EMTs in the second hilarious season of Sirens. As the guys continue to help those in need, their personal lives could still use resuscitation! Brian contemplates moving out from his parents’ basement, while Johnny considers moving in with Theresa (Jessica McNamee). Meanwhile, Hank’s choice of a boyfriend raises eyebrows among the 98%. Unflinching in the face of dangers like little girls and baseball fans, the wacky first responders always show up with the laughs in this wonderfully warped witty series. 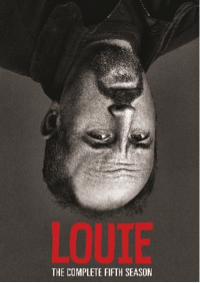 “Louie” The Complete Fifth Season
Emmy® Winner Louis C.K.’s acclaimed series returns for a fifth hilariously unfiltered season. His career may be in full swing, but Louie’s still a lonely guy. From showing up at the wrong potluck and accidentally inducing a surrogate mom’s labor, to getting beaten up by a lady and having potty issues in public, he just can’t seem to get things right. Topping it all, Pamela’s (Pamela Adlon) relationship terms aren’t what he’d hoped for. As warm as it is satirical, and featuring guest stars including Michael Rapaport, Matthew Broderick and Jimmy Fallon, the fifth season of Louie delivers wry, original humor, outrageous stories and compelling performances. 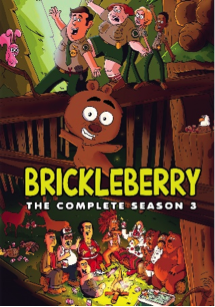 “Brickleberry” The Complete Season 3
Everyone’s favorite maladjusted crew of park rangers is back for more adventures when BRICKLEBERRY returns for a third season. BRICKLEBERRY follows the hapless rangers at Brickleberry National Park as they do their worst to keep the park open. In the premiere episode, “Obamascare,” President Obama visits Brickleberry to honor Woody’s 30 years of perfect attendance as a park ranger and, of course, pandemonium ensues. Politically incorrect adventures continue this season which guarantee Brickleberry’s position as one of the worst parks in the country. 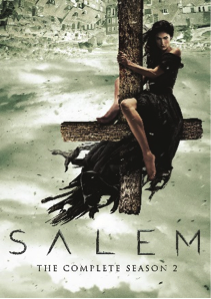 “Salem” The Complete Season 2
SALEM returns with 13 episodes of a highly anticipated second season at the dawn of a witch war. Salem’s ruthless leading witch, Mary Sibley (Janet Montgomery), has just completed the elusive Grand Rite – a deadly, supernatural ritual that unleashed a devastating plague on the town’s unsuspecting citizens. As death and disease continue to spread through the war-torn village, Mary must face off against adversaries old and new – from within Salem and beyond – who are vying for her throne in the battle for control over the village. SALEM also stars Shane West as Mary’s former love interest John Alden, Seth Gabel as the haunted Cotton Mather, and Tamzin Merchant as the mysteriously talented Anne Hale.