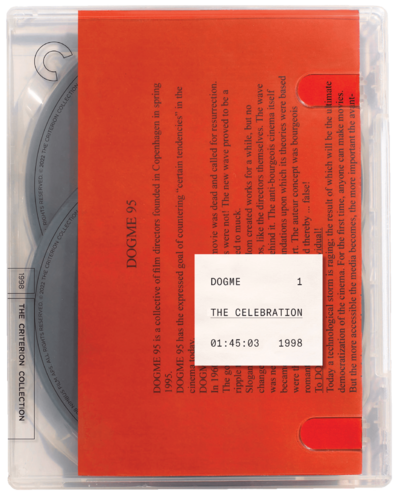 The Danish Dogme 95 movement that struck world cinema like a thunderbolt began with The Celebration, the international breakthrough by Thomas Vinterberg, a lacerating chamber drama that uses the economic and aesthetic freedoms of digital video to achieve annihilating emotional intensity. On a wealthy man’s sixtieth birthday, a sprawling group of family and friends convenes at his country estate for a celebration that soon spirals into bedlam, as bombshell revelations threaten to tear away the veneer of bourgeois respectability and expose the traumas roiling beneath. The dynamic handheld camera work, grainy natural lighting, cacophonous diegetic sound, and raw performance style that would become Dogme hallmarks enhance the shattering visceral impact of this caustic indictment of patriarchal failings, which swings between blackest comedy and bleakest tragedy as it turns the sick soul of a family inside out.