And I thought I had anamorphic all figured out...

Over at another forum, we're discussing a recent R3 disc that has just come out. Specifically, we're trying to figure out whether it's anamorphic or not. Anyway, long-story-short, after someone posted some screen grabs from the disc, another (fairly knowledgable) member had this to say:

"The screenshots are 720x480, so what (the poster) has posted is exactly what is stored on the DVD. Anamorphic NTSC videos are resized to 960x540 during playback. Using (the poster's) screenshots, we can see this would be completely incorrect:

NTSC videos are stored at a resolution of 720x480 on the DVD. You never view the image this way. If you watch the image on a fullscreen TV (non-anamorphic), it stretches the image out to 720x540.

Is this accurate? Can anybody shed any light on this?

He's wrong. Both 4:3 and 16:9 presentations have 480 vertical lines of resolution (including any black bars present). The computer is probably scaling the picture above to 540 lines, which has nothing to do with how it is stored. The difference between 4:3 and 16:9 is not how it is stored, it is how the vertical lines are spaced compared to the horzontal lines when displaying the image. Think of the old CRT 4:3 televisions with the "anamorphic squeeze" feature. If you displayed an anamorphic DVD on one of those in 4:3 mode, it would look tall and thin (480 vertical lines spaced in a 3:4 ratio vertical/horzontal). If you turned on the "squeeze", the feature would "squeeze" the vertical resolution so it would display the 480 lines in a tighter vertical space (9:16 vertical/horizontal), thus giving the right aspect ratio of the anamorphic film. The DVD didn't magically gain (or lose) vertical lines, they were just displayed differently. The examples above are most definitely a product of computer scaling, not a difference in # of vertical lines on the DVD.

Again, DVD's have a max of 480 lines of vertical resolution, whether they are 4:3 or anamorphic. The only difference is in how they are properly displayed.

Edit: As to whether the 4:3 is "squashed" vertically when it is stored or the 16:9 is "squashed" horizontally, it is 6 of one, a half dozen of another. It really does not matter and in these days of scaling displays, it is pretty irrelevant.

Yeah, that's what I thought (!). I was dupped by someone who sounded an awful lot like he knew what he was talking about. But he's since gone on to proclaim that "480 lines of resolution + 60 interlaced fields per second = 540", and I know that ain't right. What does the 60 interlaced fields of Standard Definition video have to do with the 480 lines of resolution?(!)

The wonders of the internet. Any moron can come in and sound like an authority and will typically have lots of "proof" to discount those who are actually right.

There are definitive ways to know a DVD is anamorphic, because there is a tag in the video signalling that it is. Some software apps will let you see what the tag says and if You have a Mac (probably applies to some Windows software as well) it is incredibly easy. When you play an anamorphic movie in DVDPlayer, it shows up in a 16:9 window. When it isn't anamorphic, it shows up in a 4:3 window. 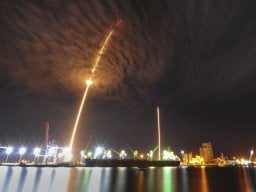 One wonders how the 540 "lines" are displayed on a television, which scans only 525 lines, some of which are not even visible on-screen.

This whole deal makes my head hurt. There are "lines" and "scan lines" and much confusion between them. then there are about 108937065 different "standard" ways of representing plain old TV screens in a computer.

I'd be really, really happy if we dumped all the confusing names, and just stated how many dots wide, and how many dots tall. But that's just simple old me.

Side note, would R-3 be a PAL region? I can't remember off hand where R-3 is.

Anamorphic video is typically represented by 850x480 (or 854x480; I can never quite remember.) I think that pixel aspect ratio works out to something like 1.2:1, but don't quote me on that one.

Now, if I'm following you, is this possibly why the orig. screengrab (the first shot labeled "720x480 : stored on DVD") looks a tad compressed (I'm thinking it might, anyway)? Could it be his program didn't scale it correctly?

Yes. NTSC uses non-square sampling. Graphics world and HD uses square sample rates. You can think of this (loosely, though this is not technically correct) that NTSC has non-square pixels, while Graphics/HD generally use square pixels.

Here's a great thread on this subject from back in 2003. It goes into the concept of "square pixels", anamorphic, 4:3 and perceived resolution, with some great explanations by the usual suspects:

It is interesting to point out that there is no anamorphic encoding for HD-DVD or BR.

BTW: that thread is a confusing mess. There are some good responses, but really it's way more confusing there than it needs to be.

There is no question that anamorphic encoding on DVD provides increased resolution dedicated to the active image when dealing with widescreen ARs.

Yeah, but there is eventually gold in amongst the gravel.

Ya' know, I hadn't even considered that about the two HD media. Here's another question: how would a 2.35:1 film on HD DVD or BD be displayed on my 4:3 HD set? Would it just show the letterbox bars that are encoded along with the film image (at 1.78:1), and then my set would generate the rest of the black area (like it does now)? I wouldn't have to use the zoom function like I do now for non-anamorphic stuff, would I?