Forum List What's new Dark Style Change width
Log in Register
What's new Search
Menu
Log in
Register
Navigation
Install the app
More options
Dark Style
Close Menu
Posted on February 11, 2020 by Todd Erwin
You are using an out of date browser. It may not display this or other websites correctly.
You should upgrade or use an alternative browser.

Disney and Drybar Celebrate the In-Home Release of “Frozen 2” With a Nationwide Collaboration, Including Complimentary Elsa- and Anna-Inspired Hairstyles, In-Store Screenings and More!

BURBANK, Calif. (Feb. 11, 2020) — In celebration of the in-home release of the No. 1 animated feature film of all time, Disney has partnered with Drybar for an unprecedented collaboration, offering an exciting lineup of nationwide fan festivities. Today through the end of February, fans can visit Drybar shops nationwide where they will be screening “Frozen 2” and offering Elsa-and Anna-inspired hairstyles to mark the beloved film’s arrival on Digital, 4K Ultra HD™, Blu-ray™ and DVD. 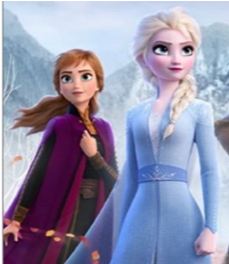 Customers of all ages will be able to opt for the queen’s signature braid or her spirited sister’s new ‘do, leaving the salon strikingly styled for whatever magical journey lies ahead.

To learn more, visit www.thedrybar.com or follow along on social media as follows:

ABOUT “FROZEN 2” IN-HOME RELEASE:
“Frozen 2” arrives home on Digital platforms on Feb. 11, and on Blu-ray™ on Feb. 25.  In “Frozen 2,” the answer to why Elsa was born with magical powers is calling her and threatening her kingdom. Together with Anna, Kristoff, Olaf and Sven, she sets out on a dangerous but remarkable journey. In “Frozen,” Elsa feared her powers were too much for the world. In the highly anticipated sequel, she must hope they are enough. From the Academy Award®-winning team—directors Jennifer Lee and Chris Buck, producer Peter Del Vecho and songwriters Kristen Anderson-Lopez and Robert Lopez—“Frozen 2” features the voices of Idina Menzel, Kristen Bell, Jonathan Groff and Josh Gad.

ABOUT WALT DISNEY ANIMATION STUDIOS:
Combining masterful artistry and storytelling with groundbreaking technology, Walt Disney Animation Studios is a filmmaker-driven animation studio responsible for creating some of the most beloved films ever made. Located in Burbank, WDAS continues to build on its rich legacy of innovation and creativity, from the first fully-animated feature film, 1937’s “Snow White and the Seven Dwarfs,” to 2019’s “Frozen 2,” the biggest animated film of all time. Among the studio’s timeless creations are “Pinocchio,” “Sleeping Beauty,” “The Jungle Book,” “The Little Mermaid,” “The Lion King,” “Frozen,” “Big Hero 6” and “Zootopia.”

ABOUT DRYBAR:
Named one of the top “100 Brilliant Ideas of 2010” by Entrepreneur Magazine and New York Magazine’s Boom Brands of 2013, Drybar is based on the simple concept of focusing on one thing and being the best at it: Blowouts. In 2010, the idea was a natural one for curly haired founder Alli Webb, a longtime professional stylist, who constantly found herself overpaying for blowouts at traditional salons. In addition to 140+ locations throughout the US and Canada, our growing product line (created specifically for the perfect blowout), is sold at Drybar shops, as well as Sephora, Nordstrom, Ulta, Macy’s and select Bloomingdale’s.

A frikkin commercial?!
You must log in or register to reply here.

FandangoNow Offering 20% Off to New and Existing Customers

What is the best star trek movie collection