RBH Sound debuted their 45th anniversary SVTRS Limited Edition speaker system at the 2020 Florida Audio Expo in Tampa. Attendees had a chance to hear one of only twenty systems to be produced by the Utah-based company, but a lucky owner will have to prepare themselves for a $44,995.95 price tag. RBH says it developed the system for those seeking “a truly unparalleled reference-grade audiophile experience.” The system consists of two RBH SVTRS modular tower speakers, an RBH 6α six channel amplifier, and Marani’s flagship DSP speaker management processor. Also included in the SVTRS Limited Edition system is delivery, setup, and on-site calibration by a member of RBH’s staff.

The flagship SVTRS modular tower speaker includes three modules per channel, one SV-831R in-between two SV-1212NR subwoofers, one below and one above. Each module has the same teardrop profile and are 92 inches high when assembled. The SV-831R has three 8-inch proprietary aluminum cone woofers and an Aurum Cantus AMT tweeter. Each SV-1212NR subwoofer uses dual proprietary 12-inch long-throw aluminum cone subwoofers. RBH uses steel plates to secure each module to the one below. 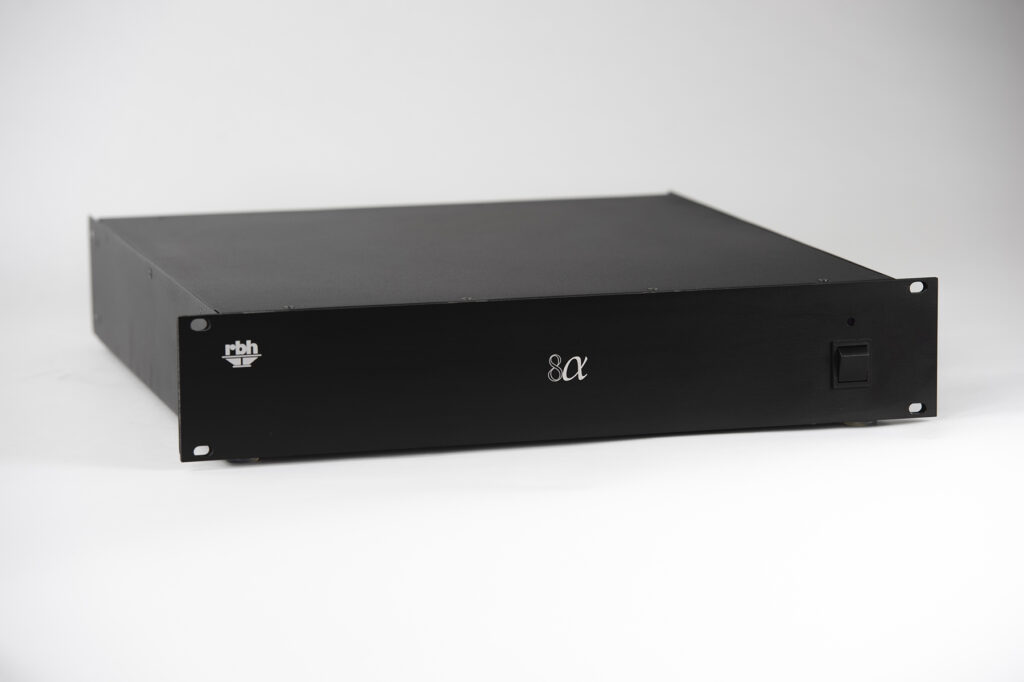 The combination of Marani’s digital signal processing and RBH’s 6α six-channel amplifier allow the speakers to be free of “any power-robbing passive crossover components.” The processor’s granular control includes digital crossover networks with slopes of up to 108dB/octave and finite impulse response (FIR) filters which correct phase and frequency response errors in the system to a finer degree of precision.