It looks like Sony has officially killed off 3D BD, and that is a shame. Oh well, I hope the 4K is decent. 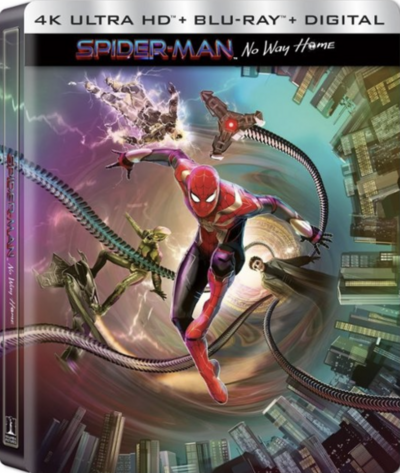 Strange that there are no deleted scenes. That’s been a staple of just about every Marvel movie.

Bryan^H said:
It looks like Sony has officially killed off 3D BD, and that is a shame. Oh well, I hope the 4K is decent.
Click to expand...

Still a chance it may show up with Random Space Media (an Australian company, but they are usually also available through Amazon US).

They've issued a few of the Sony 3D titles that haven't been available elsewhere such as Jumanji: The Next Level and most recently Hotel Transylvania 3. They also re-released 3D versions of Venom (previously Germany only) and the recent Spider-Man titles (the two prior Holland films and Spider-Verse).

Sony itself hasn’t issued a 3D disc in any territory since 2019’s Far From Home, but they began pulling support for the format in 2017. There are a number of Sony titles issued theatrically in 3D (including films specifically promoted as being meant to be seen in 3D, like “Alpha”) that are unavailable for home 3D viewing anywhere in the world.

Random Space out of Australia has released some 3D discs of Sony titles but these generally have come long after the original home video window. They may or may not have access to No Way Home but if they do I would not expect it to come out in the same window as the worldwide 2D physical media release.

Sam Favate said:
Strange that there are no deleted scenes. That’s been a staple of just about every Marvel movie.
Click to expand...

You're right. But I wonder how many deleted scenes actually exist. I'm sure they have something, since almost every movie has something. But this movie is a long one with a lot of characters (and therefore also actors schedules) to keep track of. And it was shot during the pandemic, which I'm sure made things even more challenging.

Amazon had this art showing for the Blu-ray since pre-orders went up in December. 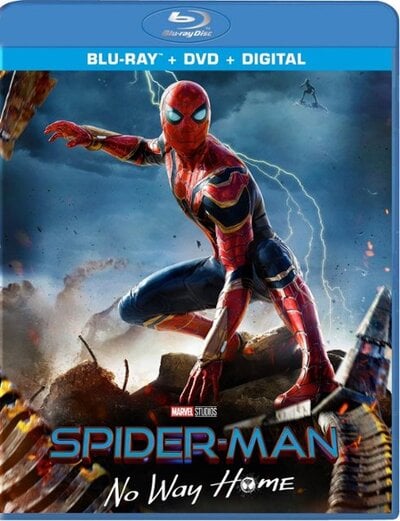 Now, they're showing this one, below. The trailer Sony put up for the Blu-ray shows this one, so it appears to be the final artwork. 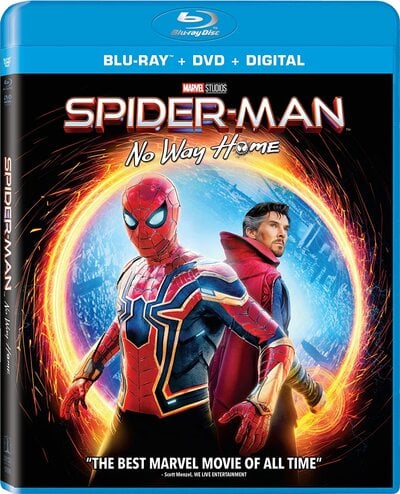 But I actually like the first one, which seems to reflect the movie better. I understand that they want Doctor Strange on the cover because he is an on loan MCU character, but the artwork above with the hints of the different villains is much more representative of the whole movie.

I have been checking to preorder the Best Buy steelbook since January and at this point, I have to assume they decided to put out an amount absolutely dwarfed by the demand. I’d never had a problem getting one as long as I started reasonably early, until now.

Kent K H said:
I have been checking to preorder the Best Buy steelbook since January
Click to expand...

I know it was available for a while, although I opted not to get it because I have all the other MCU films in keepcases.

You might still be able to grab one if you are lucky and if you get online the night before the release. I spent much of the night of January 10 refreshing Best Buy's website, and I saw the Dune steelbook get restocked very late. It might even have been the morning of January 11 in some time zones. I grabbed it as fast as I could and my order snuck through shortly before it was sold out again. If I had been willing to go to sleep at a reasonable hour on January 10, I would not have gotten that at all. I literally stayed up refreshing the page every few minutes until it popped up as available. 
https://www.target.com/p/spider-man-no-way-home-target-exclusive-4k-uhd-blu-ray-digital/-/A-85562336
I'm not thrilled with any of the UHD disc cover art options, but the Best Buy Steelbook is the least bad of the bunch. I'll see if I can get that on the release date, otherwise I'll just stick with the regular UHD release since the Target exclusive is nothing to write home about this time.

I'm kind of surprised that they didn't do a cover with the three Spider-Men appearing together. I understand why they didn't want to do this for the theatrical release to preserve the surprise, but now everyone knows what the movie is. So I don't think it would be a big deal to feature them on the cover.

As it is, I think the best artwork is the temporary one which I posted above that it appears they're not using at all.


Adam Lenhardt said:
the Target exclusive is nothing to write home about this time.
Click to expand...

I can't speak to what Sony is doing, and this is a Sony title. But the recent Target exclusives from Disney have just had a fancy slipcover over the standard UHD keepcase packaging. So even customers who go for the Target edition might not get different artwork on the case itself.

Wal-Mart has their own edition with exclusive artwork.

I think this is the best artwork of any edition I've seen yet (other than the one I posted above that apparently isn't being used.) But before I think about ordering it, I would want to know if this is actual artwork on the case itself or if it is just a variant slipcover. If it is a slipcover, I wouldn't be interested. But if it is actual case artwork, I might jump on this one.

Here is the link if anyone wants to buy this one: https://www.walmart.com/ip/Spider-Man-No-Way-Home-4K-UHD-Walmart-Exclusive-Artwork/978512881 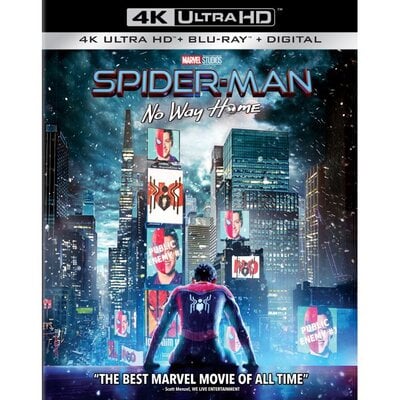 Thanks for the heads up! Definitely the least bad option so far, and no markup over the regular edition. I went ahead and preordered it. Even if it's only a slipcover, I'm no worse off than I'd be with the standard release.

Adam Lenhardt said:
no markup over the regular edition.
Click to expand...

After posting this, I saw that Wal-Mart is selling the general release 4K for $27.96. Here is that link.

The exclusive is $29.96 as of this moment. So actually it is a $2 markup after all if you're going to get the 4K anyway. I'm not sure if Wal-Mart increased the price after you placed your order or if it was always like that and neither of us noticed.
Last edited: Apr 9, 2022

Jake Lipson said:
The exclusive is $29.96 as of this moment. So actually it is a $2 markup after all if you're going to get the 4K anyway. I'm not sure if Wal-Mart increased the price after you placed your order or if it was always like that and neither of us noticed.
Click to expand...

Walmart lowered the price of its exclusive version to $27.96 as well:
Spider-Man: No Way Home 4K UHD Walmart Exclusive Artwork

I got notice of a refund for the difference in my email earlier today.

No Way Home has already been released in the UK. If anyone is interested in seeing what the entire steelbook looks like, there are unboxing videos on YouTube from people who got that edition from Zavvi. Best Buy's website currently only shows the front. I thought this might be to protect the reveal of the other Spider-Men on the back or in the interior, but that is not the case. Doctor Strange is on the back, and there isn't much of anything other than a generic pattern in the interior of the steelbook art.

I still haven't seen anything for sure about the Wal-Mart artwork being on the case or just a slipcover. As such, I'm just going to stick with my regular edition pre-order from Amazon.

I just saw a YouTube video from someone who got the Wal-Mart exclusive in the mail early. They do confirm that the Wal-Mart alternate artwork is only a slipcover. The regular 4K release with the normal artwork posted at the top of this thread is below the slipcover.

Because I am not 4K equipped right now, the alternate artwork was the only reason I would have considered the Wal-Mart edition. If you need the 4K edition anyway, there's no price difference. But since I can only use the Blu-ray, I'm glad I didn't pay extra just for a slipcover.

Jake Lipson said:
No Way Home has already been released in the UK. If anyone is interested in seeing what the entire steelbook looks like, there are unboxing videos on YouTube from people who got that edition from Zavvi.
Click to expand...

My steelbook copy came early (super early, actually--last Tuesday!). If anyone wants photos let me know.
You must log in or register to reply here.