I finally got to see M the other night. It's a 1931 film and I noticed a LOT of techniques being used that reminded me of Hitchcock.
One example early on is a camera pan in on a doorway not unlike a much shorter run version of the one Hitch used later in Notorious (and others).
There are also many visual cues regarding details emphasizing the story rather than explicitly showing actions which Hitch also favored. An example of that might be the child murder early on. Note the use of off-screen space which is where both Lorre meets the little girl (we see neither on screen when they first meet, just her ball and his shadow against a pole).
Also we have the shot of the empty plate cueing the audiance that the girl will not be returning, emphasizing the loss.
And it seemed more than coincidental that we have a shot down a stairwell that looked a lot like Vertigo.
In short, the whole film felt very much like Hitchcock's 30's work, like Murder!, Number 17, Secret Agent, 39 Steps, etc. Now, Murder did come out before M, but for the most part Hitch really started getting big after M. Did Fritz influence Hitch or vice-versa.
I have not seen other Lang stuff so I wonder from those who have what your opinion on the matter is. M felt very much like it could have been a Hitchcock film to the point of even having a touch of humor similar in style to Hitch's (dabbled in here and there like Hitch loved to do).
I can't see how Hitch could have influenced Lang by that point (although it's possible), but I also don't see how it could all just be chance. It seems almost certain that one must have borrowed from the other.
Your thoughts?
------------------
Greetings from the Humungus! The Lord Humungus!
The Warrior of the Wasteland!
The Ayatollah of Rock and Rollah!

Seth,
You're telling me you haven't seen Nosferatu?!

You're telling me you haven't seen Nosferatu?!

I'm not sure what F.W. Murnau's Nosferatu has to do with Seth's inquiry.
Since Lang was a forebear of Hitchcock, if anything it's Hitch who borrowed from Lang. But my sense is the two were such gifted auteurs that they could have developed styles with some similarities without either blatantly ripping off the other. Just MO...
Rob
------------------
"That suits me down to the ground."
Click to expand...

Ack! My brain crossed up those German directors.

It has been a while since I have seen M. I would have to say though that any similarities between that film and Hitchcock's earlier films would have to be purely coincidental due to the timing of the releases.
~Edwin

Most of the techniques that you mentioned are simply ways of telling the story without using dialogue. Since both Hitchcock and Lang started out in silent cinema, I think that they had both mastered this technique and that the similarities are coincidental. However, I'm sure that they were very aware of each other's work and may have done some borrowing.
When did Lang come to America? I'm pretty sure that he fled from Hitler, but I'm not sure of the year.
I absolutely love the murder scen in "M". I still haven't watched my Criterion DVD, I must do so immediately.

Isn't M great? The movie just keeps on kicking up a notch when you think it isn't possible. But in general, I do agree that they were both heavily influenced by making silent films (You're telling me you haven't seen Metropolis?

There are some similarities in style but probably just a coincidence. Also, Lang fled Germany in 1933 and arrived in the States in 1934. Furthermore, one of my favorite film noirs directed by Lang is coming out on dvd in the next couple of months. The film is "The Big Heat" starring Glenn Ford, Gloria Grahame, and a young Lee Marvin.
Crawdaddy
------------------
Peter Staddon: "I didn't say you can put 'Monkeybone' back!"
[Edited last by Robert Crawford on October 18, 2001 at 06:01 PM] 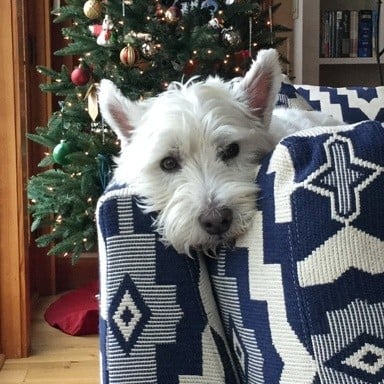 Hitchcock actually spent some time in Germany working for one of the German studios, in the 1920s. Expressionistic influences are present in his pictures, especially in his early work. I don't know if Hitchcock knew Lang, but the answer is that the German cinema probably infuenced Hitchcock, and not the other way around. Donald Spoto's biography, which I don't have at hand, might give more insight.
Tom Fynan

New York University actually offers a Hitchcock and Lang comparative directors cinema studies course. My roommate is going to take it next semester. There's obviously *something* common about their two styles.

Keep in mind if I wasn't clear, that I don't mean to imply that either is the lesser in this. Simply that I was immediately struck by how much like a Hitch film "M" was, or better put just how similar "M" was to the Hitch's of that era I had already seen.
I don't think it's just the silent era because I can look at Capra or Chaplin and see styles VERY different from Lang/Hitch. Or for darker content comparisons, Whale's Frankenstein efforts differ quite a lot from Lang/Hitch.
I recently watched Man with a Movie Camera (1929) by Vertov and can say for sure that the Soviet Montage movement had very little in common with what Hitch/Lang brought to the table. Vertov was using every film trick in the book, but his style was much different. So I don't think it is as simple as "standard film techniques".
The only other films of this era that strike me as so similar in techniques might be "Grand Illusion" and even it does not match up as closely as these 2 directors seem to.
I would recommend Sabotage and Number 17 for comparison with M. The pan-in from a great distance to some key point (as I referenced in Notorious) was a Hitch trademark, and the Notorious scene was one I could most quickly think of. In M it is not as pronounced but it sure had that same feel in camera motion.
I either never knew or read and forgot that Hitch had spent some time in Germany in the 20's. I would agree with that possibility, at least on the surface without having yet investigated it.
I have never heard of Hitch belonging to some identifiable "school" of film technique (other than his own), but might it be possible that some of this late, silent era German film created a school of technique. Maybe such a thing IS already recognized and I'm just way out of touch on these things.
Anyway, I found it at least interesting enough to ask and investigate further.
Oh, and I haven't seen Metropolis since I was about 12 so I guess I need to get off my butt and rent that soon for more comparison.
Thanks for the feedback (even Mark