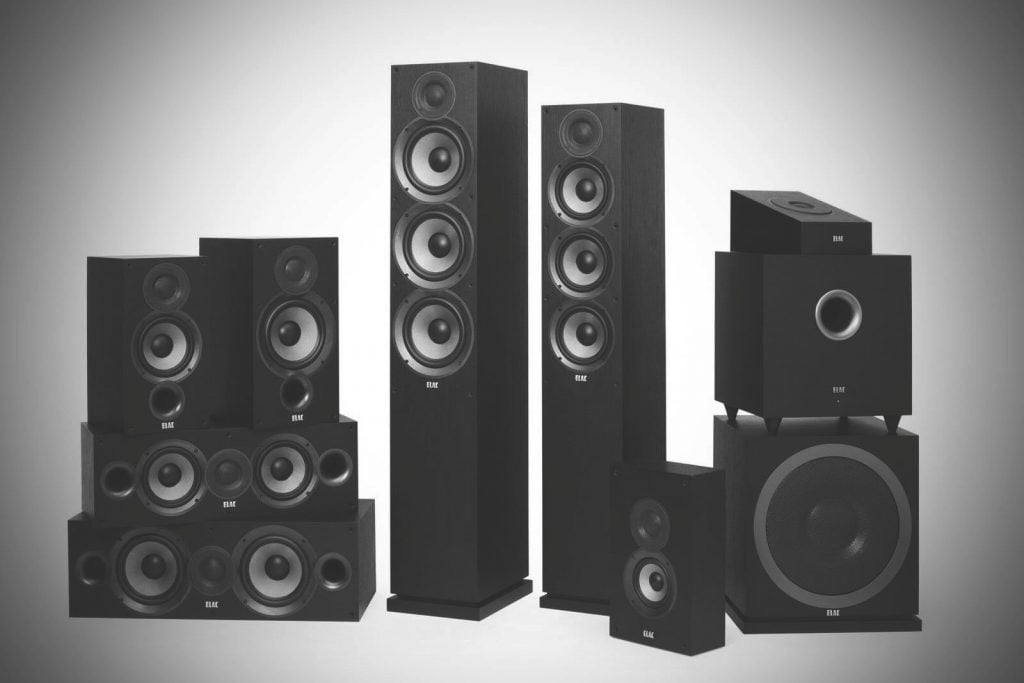 German audio gurus ELAC have announced the Debut 2.0 line of home speakers and subwoofers, to become available March 15th of this year. The new line builds upon the success of the first generation Debut family of loudspeakers and incorporate a variety of new features and technologies.

"Based on feedback from dealers and end users along with changes in the market, we have completely redesigned the entire lineup with newly developed drivers, waveguides, cabinets and networks, resulting in a line that is easier to set up and offers significant performance improvements," says Andrew Jones, vice president of engineering, ELAC.

Some of the new features of the Debut 2.0 range include a silk-dome tweeter with 'wide-dispersion waveguide', enabling up to a 35,000Hz response for 'even more lifelike high frequencies'. The company claims the waveguide improves directivity control and reduces diffraction inherent in traditional box enclosures.

A new woven aramid-fibre woofer is a revised design and offers improved stiffness and damping, which results in a smoother response with greater transparency. Furthermore, new cabinet designs will contribute to 'easier placement' and include thick MDF casings in a black ash vinyl finish which are internally braced for greater stiffness, reducing cabinet vibrations. The placement of the bass port at the front of the cabinet allows for the speakers to be positioned closer to walls or bookshelves.

The new SUB3010, meanwhile, can be controlled along with multiple other ELAC subwoofers at the same time from a phone app, known as Multi-Subwoofer Control. Each subwoofer can be controlled individually or, for certain features, as a group.

The nine new models to become available from ELAC retailers nationwide from March, are as follows:

I've seen some reviews on the older line, they are great speakers, superb sound and very efficient. If they're like the older ones, they're 4 ohm, and are too different from most of the other speakers on the market. One would need to buy a whole set, or stay home. And not all receivers can do 4 ohms.

If you have the cash and are looking for a new set of speakers, these are well worth looking at. Andrew Jones Is a very highly respected speaker designer.
Last edited: Mar 9, 2018

According to Elac, the Gen 1 Debut line are all 6 Ohm with sensitivity ranging from 84 to 87 dB. 84-87 dB is far from efficient, but I didn't find specs on the updated line. Most better receivers these days can handle 6 Ohm OK, but the low sensitivity rating means you might have power problems if you really want to crank them up. They'll sound great, just don't expect to be able to drive them really loud with most receivers. FWIW, the Elac Uni-Fi line is all 4 Ohm, as I recall.

HERE'S a discussion with Andrew Jones about the Debut 2.0. It's pretty obvious from looking at the speakers, but this isn't just an update, but a complete redesign of the speakers. Pretty gutsy to take such a highly regarded speaker line and rebuild it from the ground up.
You must log in or register to reply here.