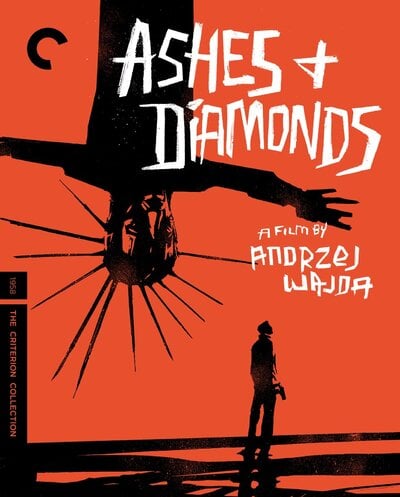 ​
A milestone of Polish cinema, this electrifying international sensation by Andrzej Wajda—the final film in his celebrated war trilogy—entwines the story of one man’s moral crisis with the fate of a nation. In a small Polish town on the final day of World War II, Maciek (the coolly charismatic Zbigniew Cybulski), a fighter in the underground anti-Communist resistance movement, has orders to assassinate an incoming commissar. But when he meets and falls for a young barmaid (Ewa Krzyzewska), he begins to question his commitment to a cause that requires him to risk his life. Ashes and Diamonds’ lustrous monochrome cinematography—wreathed in shadows, smoke, and fog—and spectacularly choreographed set pieces lend a breathtaking visual dynamism to this urgent, incendiary vision of a country at a crossroads in its struggle for self-determination.

Have been waiting for this for the longest time. In Martin Scorsese's top 10 Martin Scorsese is an Academy Award–winning filmmaker who has directed more than twenty features, including The Last Temptation of Christ, available from the Criterion Collection.

Criterion still lacks hi-def editions of Contempt and Salvatore Guiliano from his list (but both are available in decent region B blu-rays).

Can the other 2 films forming the Trilogy be far behind?
The Criterion Channel recently showed Ashes and Diamonds; it must have been the new transfer since it looked gorgeous.

bujaki said:
Can the other 2 films forming the Trilogy be far behind?
The Criterion Channel recently showed Ashes and Diamonds; it must have been the new transfer since it looked gorgeous.
Click to expand...

Depends on how much work is needed. Criterion says this is from a new 4K restoration, but sometimes they have creative ideas about what constitutes "new". I wonder if this is the same as what was in the third Masterpieces of Polish Cinema set. If so, that would be a good reason why this was ready for release and not the other two.
You must log in or register to reply here.