I recall seeing Joseph Pevney’s Man of a Thousand Faces late in the summer of 1957 in its original run in Manhattan. As a huge fan of all things horror (the Universal films were a TV staple), and just getting into film history, this was an important screening for me, as it put a number of things in perspective.

At that time, while I knew Lon Chaney, Jr. primarily from the Universal horror titles, I only knew his father from Phantom, Notre Dame and another silent film, Nomads of the North.

Arrow’s new Blu-ray is perfect in every detail, with proper grain, a gorgeous gray scale, and nice black levels.

Zero problems with either image or track.

For Cagney fans, or lovers of cinema history, there’s a lot to like here.

Silent comic ‘Snub’ Pollard is on hand as a waiter in an early studio scene, and Troy Donahue (uncredited) plays an asst. director. Nicky Blair, later a Hollywood restaurateur, plays the cameraman in the Unholy Three sequence. 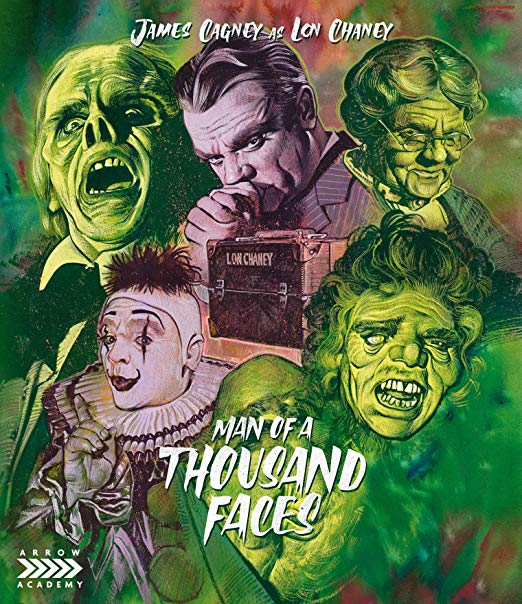