Posted on June 15, 2019 by Robert Harris
For those who complain about Warner Archive not releasing the classics, here's one to fully appreciate. The expense to get this correct is extreme, but worth it. 4 Stars

I would surmise, that most people today, don’t think of “gas light,” or “gaslight,” as a noun, but rather a verb.

Not to get political, but the best example probably has been used most notably in the recent past, referencing political means of creating and disseminating either corrupt, incorrect, or misleading truths and facts to the public, many of whom take the words as gospel.

The noun goes back to the 1816 – our story occurs in 1875 – when street lamps were fed gas through a network of underground pipes – lit as darkness arrived manually – by men walking the streets, and setting them aglow, one by one.

The verb that we’re discussing involves working toward a psychological goal, long and hard enough, and with enough believable bits and pieces of random facts and occurrences, that may not truly fit together – so that the victim either begins to believe the incorrect information / data / events, or to believe that they may be slightly insane.

The wonderful film in question is the 1944 Gaslight (the 1938 play on which it was based, by Patrick Hamilton, is Gas Light.)

The play itself, had an interesting history. After opening in London, it opened in Los Angeles in 1941, under the title Five Chelsea Lane. Rights were acquired for Broadway by Vincent Price, which opened in December of that year with Price playing opposite, Judith Evelyn, who most readers will know as Miss Loneyhearts, in a 1954 thriller.

Directed by one of M-G-M’s star filmmakers, George Cukor, and starring Charles Boyer, Ingrid Bergman and Joseph Cotten, with a host of studio supporting players, it is not only an extraordinarily produced and beautiful film, but one that stands the test of time – in spades.

I’ve always admired this film, and once saw it projected via a 35mm safety print.

But Warner Archive’s new Blu-ray (to the best of my recall) betters that experience.

The image harvest appears to be taken from the original negative, but that was lost in the Eastman House fire, so a fine grain master, it is.

The film was shot by Joseph Ruttenberg (Mrs. Miniver, Gigi), with a score by Bronislau Kaper.

It won awards for Ingrid Bergman and Art Direction.

For those who complain about Warner Archive not releasing the classics, here’s one to fully appreciate. The expense to get this correct is extreme, but worth it.

It should go without saying that your support of this wonderful release, will not only bring more classics to the fore, but support preservation and restoration.

Upgrade from DVD – No question about it! 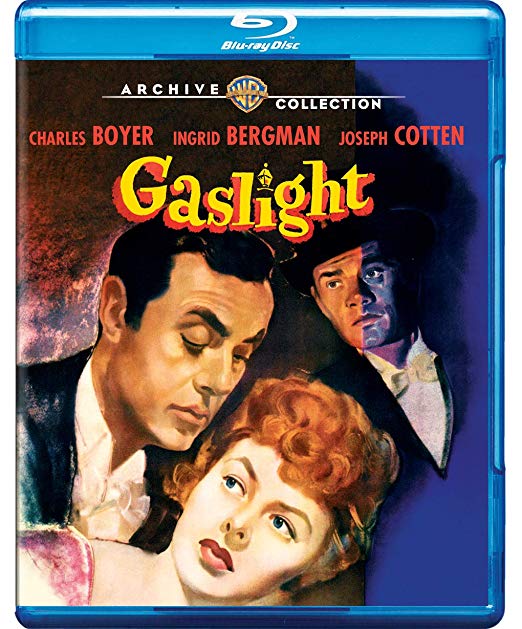