Two of the late 1990s top action stars team up in 3000 Miles to Graceland, a movie that has a promising premise (Elvis impersonators robbing a casino) that peters out very quickly.

Five Elvis impersonators walk into a Las Vegas casino, shoot up the place, and walk out with $3 million. That’s the initial premise of 3000 Miles to Graceland, a movie that can’t decide what it wants to be and just kind of meanders along the Northwestern region of the United States until coming to its violent and bloody conclusion, with absolutely no redeeming value whatsoever.

Kurt Russell and Kevin Costner play former cell mates fresh out of prison, who team up along with three other ex-cons (Christian Slater, David Arquette, and Bokeem Woodbine), to rob the Riviera Resort and Casino on the Las Vegas Strip. They meet up at a fleabag motel on the outskirts of town, where Russell’s character hooks up with a single mom played by Courtney Cox who also has a larcenous son before heading into town with the gang. The shootout at the casino is needlessly bloody, quickly innercut with an Elvis impersonator show. Why? Perhaps because the director, Demian Lichtenstein, a former music video director, thought it would be cool? They barely escape by helicopter from the roof of the casino, with Woodbine’s character getting fatally wounded and the decision made to throw him out of the chopper while flying over Sin City. Back at the motel, while dividing the money, there is a disagreement over who gets Woodbine’s cut, with Slater getting shot in cold blood for his disagreement. The three remaining members drive out into the desert to dispose of Slater’s body, only to have Costner double-cross them and leave them for dead. Somehow, Russell survives, and the film quickly becomes a road movie, as Russell (with Cox and her son in tow) chasing after Costner, hoping to arrive at the money launderer (Jon Lovitz) first. Then Cox pulls a double cross on Russell, leaving him stranded at a diner with her son. Why? So the two can bond, I guess. Oh, and Kevin Pollack and Thomas Haden Church are a pair of FBI detectives also on the hunt for them.

In case you were wondering why I didn’t use character names in my review, it is because I never really got to now or even care about these characters. Kevin Costner’s character is one mean and messed up dude who thinks all of this is owed to him because he believes he is an illegitimate son of Elvis. Kurt Russell’s character only really exists to be an antagonist to Costner, but he’s still not a very likeable guy. Courtney Cox’s character only exists to be a plot point and possible love interest, although her morals come into question when, as mentioned above, abandons her son with Russell at a diner so she can make off with the laundered money. 3000 Miles to Graceland is two hours of my life I will never get back.

As with many of the titles licensed by Morgan Creek to Sony, it appears as if an older transfer has been recycled for this release. Colors are completely oversaturated to the point that the vibrant reds and yellows of the capes worn by the Elvis impersonators (and even the green foliage later on) bleed and even appear to glow. DNR has been applied here, as well, as faces often appear pasty. The image also has some noticeable minor instances of scratches and dirt
throughout, never enough to be distracting, though.

The default track is a very loud DTS-HD MA 5.1 track that also has some very active surround and LFE effects, especially during the casino shootout. Dialogue sounds a bit harsh at times, more noticeable in scenes that were quite obviously ADR’d (driving scenes in a convertible with the top down). Overall, the track sounds like a loud mess.

While definitely an obvious upgrade for the few fans of this film, 3000 Miles to Graceland is a film that had no redeeming entertainment value for me. YMMV, pun intended. 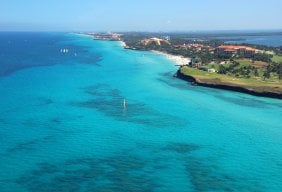 Well, I like the Film. Day 1 for me
Expand signature
Sergio Perez-More 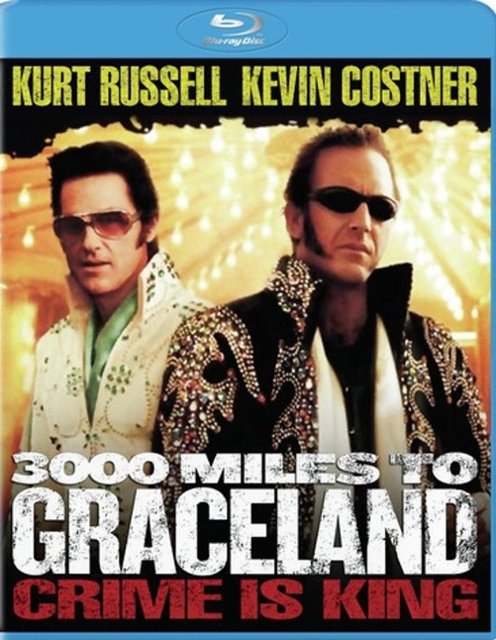