Posted on December 27, 2017 by Robert Harris
The Garden of Allah is a film that needs to be experienced. 4 Stars

Shot in early 1936, and released in October, Richard Boleslawski’s The Garden of Allah, was an extremely important film in the history of cinema.

It was one of only five three-strip Technicolor productions released in 1936, and along with Wings of the Morning, a superbly produced example of the technology.

Keep in mind that the previous year, saw only a single Technicolor film, Mamoulians’ Becky Sharp.

It was the first Technicolor film to come from The Selznick Studio, which would continue using the technology to make a few other films. (See Ronald Haver’s book for more details).

The film was stunningly photographed (think Marlene Dietrich) by W. Howard Greene and Harold Rosson — who were strangely un-billed, but received special Academy Awards for their work.

The score was by Max Steiner, who also did some other work for Selznick.

The original elements survive, were combined a decade or so ago, and the results, with minor exceptions are magnificent. That film element has been mastered for Kino’s new Blu-ray, and for those who appreciate true Technicolor…

It’s a short (at 79 minutes), and magnificent piece of cinema history.

The Garden of Allah is a film that needs to be experienced. 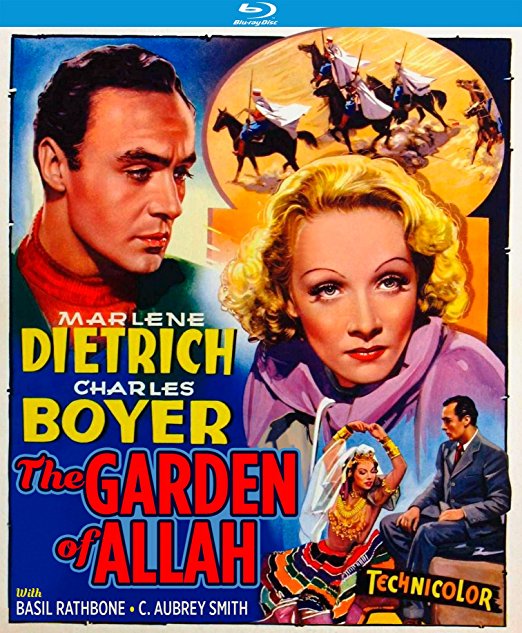