As a tie-in to promote the next installment in the franchise, Sony has released a new 4K UHD transfer of Underworld, and upgraded the soundtrack to Dolby Atmos. Fans of this film should be pleased with the results, even though we only get the theatrical cut in 4K.

Originally marketed as a Vampire/Werewolf version of Romeo and Juliet, Underworld tells the story of vampire Selene (Kate Beckinsale), a Death Dealer whose sole purpose is to hunt and kill Lycans (werewolves). She has a particular hatred for Lycans, as they killed her parents and siblings, only to be saved by one of the head vampires, Viktor (Bill Nighy). As the film opens, what are thought to be the remnants of the Lycan clan are on the hunt themselves, after a human, Michael Corvin (Scott Speedman). When Selene brings this to the attention of the leaders of her coven, they dismiss it, claiming that since the leader of the Lycans, Lucian (Michael Sheen), was killed several years ago, werewolves are more of a pest than a real threat. But Selene senses that something is rotten in the coven, and uncovers that Lucian is very much still alive, attempting to breed a hybrid species (part vampire, part werewolf) as revenge, and Michael may be the key after Lucian bites Michael. Selene also discovers that one of the leaders, Kraven (Shane Brolly), is actually in cahoots with Lucian as part of a power play within the coven.

Underworld is a fun mess of a movie, with thrilling action sequences courtesy of first-time director Len Wiseman (who would later direct Live Free or Die Hard), but the film never lives up to its promise of a Romeo and Juliet style tragic love story, and there is way too much plot for the filmmakers’ to keep track of. Many of the performances are on the bland side, particularly Shane Brolly as Kraven and, unfortunately, Scott Speedman as the supposed love interest and key to the hybrids Michael. Kate Beckinsale is, perhaps, the best thing about this movie, with a very cold performance as Death Dealer Selene. This 4K UHD Blu-ray release contains the theatrical cut in 4K UHD and the Extended Cut on the included 1080p Blu-ray.

Wow. That is the best word to describe how this new 4K transfer looks. Depth, detail, and contrast are phenomenal, giving the film a 3D-like quality to the cinematography. This is most evident in the opening trademark shot of Selene on the balcony of a building overlooking the city. Textures in the stone facades of the buildings, facial pores in the characters, all are much more defined here than on the previous Blu-ray release, and again add to the perceived depth of the image. Blacks are nice and deep, and whites are crisp, never looking overly hot. The entire film is bathed in a blue tint (as are all of the films in the franchise), but colors remain consistent. Film grain is naturally noticeable and never distracting.

This 4K UHD release has been outfitted with a new Dolby Atmos soundtrack (with a Dolby TrueHD 7.1 core) that is a highly immersive mix, with full dynamic range and lots of surround and LFE activity. Dialogue comes across loud and clear, mostly through the center channel. Heights are used to enhance atmospheric effects as well as add some discrete effects during many of the action sequences. This track does not disappoint.

All of the special features can be found on the included 1080p Blu-ray disc, which contains the Extended Cut only of Underworld.

Audio Commentary With Director Len Wiseman, Kate Beckinsale, and Scott Speedman: The three often sound like they are having a good time reminiscing about shooting the film, but with very little insight on how the film was actually made.

Fang Vs. Fiction (SD, 47:18): A documentary on the lores of vampires and werewolves, narrated by Tattiana Yassukovich.

The Making of Underworld (SD, 13:00): The cast and crew discuss the making of the film in this vintage EPK short.

The Visual Effects of Underworld (SD, 9:56): The visual effects supervisors discuss the use of CGI and miniatures on the film.

Stunts (SD, 11:43): Stunt Coordinator Brad Marton and Director Len Wiseman, as well as members of the stunt team and cast, discuss many of the stunts performed in the film.

Designing Underworld (SD, 10:46): The featurette takes a brief look at the production design on the film.

The Look of Underworld (SD, 19:12): Director Len Wiseman, Producer Richard Wright, and Cinematographer Tony Pierce-Roberts discuss the look of the film and how important it was to make it look as close to a graphic novel as possible.

Sights and Sounds (SD, 9:07): Essentially a montage of behind the scenes footage during production of the film.

Storyboard Comparison (SD, 6:42): Five sequences are presented side by side with their respective storyboards.

Fans of the franchise who have upgraded their home theater to 4K UHD will likely want to pick this one up for the demo-worthy video and audio presentation alone, and can comfortably ditch their Blu-ray release (as it is duplicated in this package).

Fantastic news on this review. I expected when I saw the announcement that this could be a stunning 4K release. 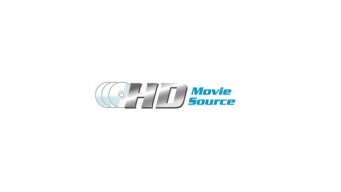 Can't wait to pick this up tomorrow
You must log in or register to reply here. 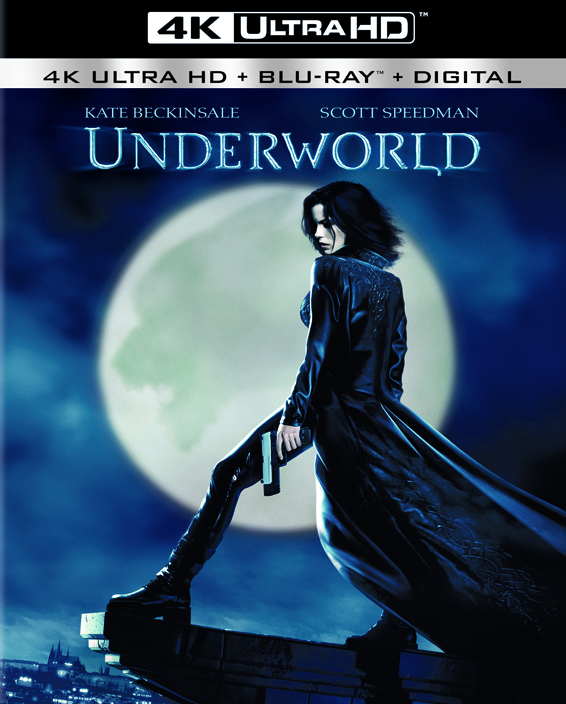