According to Sony, the 20-track collection includes hits by Fats Domino, Jackie Gleason, Jerry Vale, Johnny Ray, Marty Robbins and Pérez Prado, plus a new theme composed by guitarist Robbie Robertson, which you can listen to here. You can also see various buying options (vinyl, CD and streaming) via the link. 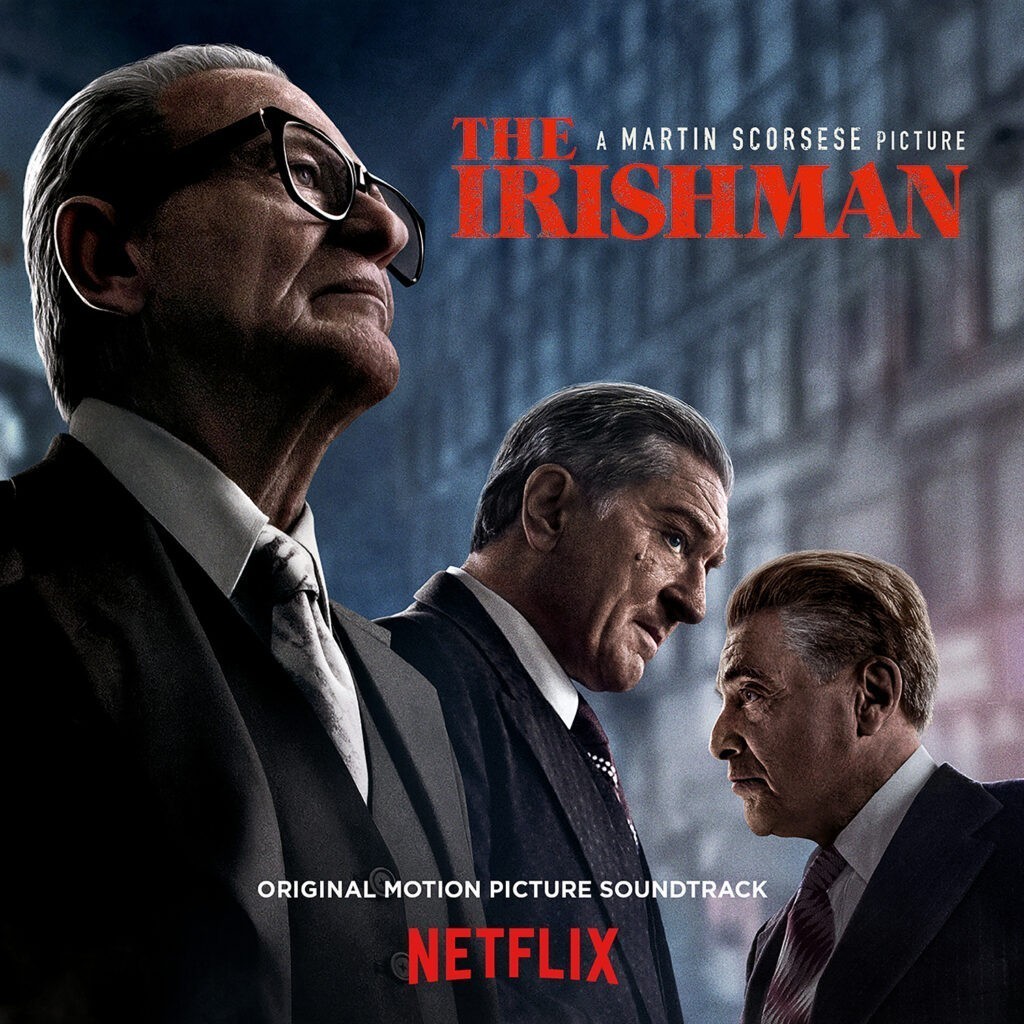 Martin Scorsese says, “For me, music is always essential. When I hear the music, I start seeing the images and the world of the movie starts coming together for me. In the case of this movie, it was “In the Still of the Night” by The Five Satins: as we started developing the script I started to hear the song in my head, and it became a key inspiration.

“Because music is so essential for me, Robbie and Randy are each close collaborators. I’ve worked with both of them for many years on many pictures, and there’s only one rule that we follow: there are no rules. At a certain point, I went to a piece of music from a French film of the 50s called Touchez pas au Grisbi, a harmonica theme that felt right. And Robbie built his score from that mood, that instrumentation. He started with the harmonica, and then he added the double bass, percussion, and guitar riffs and that was just the right mood. That was it.

“Randy and I discussed so much music for this picture. We always do. It’s never a matter of just finding music from the time period of the story—I always want to go deeper than that. It’s a whole process, an adventure, and Randy’s always up for it.